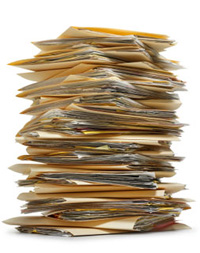 The US Senate today passed H.R. 4 by a vote of 87-12 to repeal the Obamacare expansion of Form 1099 reporting that would have taken effect at the beginning of 2012.  The bill had previously passed the House of Representatives and is now awaiting the signature of President Obama to become law.

The legislation was originally included as Section 9006 of the health care legislation enacted in late March 2010.  It would have required all 35-40 millions businesses, non-profits, and government agencies to submit a Form 1099 for any goods or services acquired from any party that totaled $600 or more in a calendar year.

Even worse, in the act of obtaining so much confidential tax information from people, the incidence of identity theft would almost certainly have skyrocketed.

This repeal does not become law until the president signs it.  Last week, there were some complaints coming out of the White House that the president was concerned about the replacement tax collections included in the legislation.  However, there was no statement that the president would automatically veto this bill if it came to his desk.

The “pay for” provision was technically required as any proposed legislation that would increase government expenditures or reduce tax collections is supposed to include provisions on how the financial change would be covered.  In this particular bill, the “pay for” provision is that people who receive federal government subsidies to pay for health coverage who subsequently receive higher income will have to repay some or all of the subsidy they received.

Congress has been wrangling over passage of this repeal since September 2010.  It had the support of both parties.  The day after the November 2010 elections, President Obama stated in a speech that Section 9006 requiring expanded Form 1099 reporting was a problem that needed reform or repeal.  What proved to be the obstacle to early passage was that both the Democrats and Republicans wanted credit for this repeal, and each party did not want the other party to be able to claim credit for the change.  Several different bills were proposed, and some attempts to amend the repeal on other legislation all came to naught.

I anticipate that the president will sign this legislation.  However, I am not counting on it until he actually does so.  But, among all the other financial turmoil, we can all be hopeful that this looming paperwork nightmare will finally disappear.

The repeal will also bring another benefit to the public.  There was so much disinformation spread about the exact nature of this legislation.  Hopefully this will come to an end.  For instance, some coin dealers were misinforming (lying?) to potential customers that they would have to report to the federal government all sales of bullion-priced products to retail customers—a deceitful ploy to try to sell higher profit collector coins.  Others were claiming that the law was intended to require everyone to report their gold and silver holdings to the US government.  I look forward to clearing the air of such stories.