A bill proposing a 2018 commemorative coin program that would highlight breast cancer awareness is likely to become law after being passed by the U.S. Senate on April 19. The legislation got the green light from the House of Representatives last July and now awaits final approval by the President.

The Breast Cancer Awareness Commemorative Coin Act has been in the works in various forms since 2013, but the bill caused significant chatter last summer when it was amended to require that a planned $5 gold issue be composed of pink gold, which would mark a U.S. Mint first. In its current (and likely final) form, H.R. 2722 maintains this requirement, stating that the gold coin “be made of ‘pink gold’ containing at least 75% gold.” Gold commemorative coins usually contain 90% gold, but the hue of pink gold is created by employing a greater percentage of silver and copper. 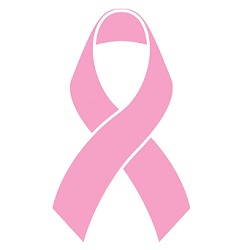 The legislation provides for the release of three separate issues, the mintage limits of which are set at 50,000 $5 gold coins, 400,000 silver dollars, and 750,000 clad half dollars. Each denomination would be available in a Proof and an Uncirculated version.

As with other commemorative coins issues by the U.S. Mint, surcharges collected in support of relevant organizations will be added to the price of each coin. In this case, the charges would be donated to the Breast Cancer Awareness Foundation in the following amounts: $35 per gold coin, $10 per silver dollar, and $5 per half dollar.

If approved, the coins will be issued within a one-year period that starts on January 1, 2018, but they are likely to be released after that date.