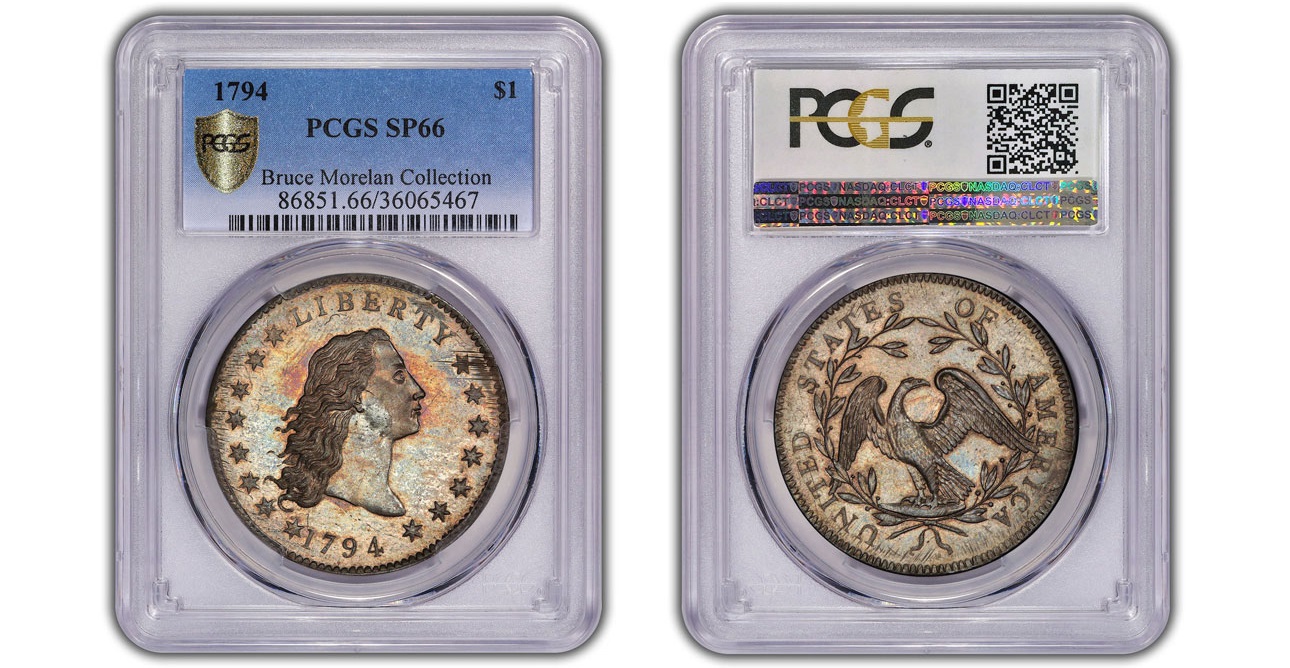 This PCGS-certified 1794 “Flowing Hair” dollar, believed to be the first silver dollar ever struck by the United States Mint, fetched $10 million at auction in 2013. Hover to zoom.

“Reaching the 75 million collectibles certified milestone is a testament to the entire staff, both current and former employees, in addition to the unparalleled power of our brands,” said Collectors Universe President and CEO Joe Orlando. “Of course, none of this would be possible without the unwavering support of our customer base. This is as much their achievement as it is ours, and we can’t thank them enough for helping us build this company.”

As we look to the future and head towards the 100 million mark, our team is committed to not only enhancing the wonderful foundation that has taken us this far, but to also seek new ways of expanding our services to further the ultimate vision of what Collectors Universe can be.

PCGS started in February 1986. In its very first month, the company received 18,000 coins for grading. Since its debut, PCGS has certified more than 42 million coins from over 100 different countries with a total market value surpassing $35 billion. That total includes the world’s most valuable rare coin, a 1794-dated “Flowing Hair” silver dollar believed to be the first silver dollar ever struck by the United States Mint that fetched $10 million at auction in 2013.

PCGS is celebrating this most recent milestone by announcing the expansion of Prooflike designation to all U.S. coin series starting July 1, 2019. The rare collectible certified as No. 75 million is an 1899-S Liberty Head $5 gold coin that was clearly struck as a presentation piece or special strike by the San Francisco Mint at the turn of the last century belonging to an anonymous collector. The coin arrived at PCGS for authentication and grading where it received a grade of PCGS MS-68PL making it one of the finest known and the first to receive the Prooflike designation. Further details regarding the expansion of Prooflike designation eligibility to all U.S. Coins will be announced on July 1, 2019. The rare collectible certified as No. 75 million is an 1899-S Liberty Head $5 gold coin. It received a grade of PCGS MS-68PL.

“This 1899-S $5 is the perfect coin to be the first officially certified under PCGS’ expansion of the Prooflike designation to all coin series, on domestic and world coins alike, as it truly exemplifies the quality control by the San Francisco Mint at that time,” said PCGS President Brett Charville.

Collectors Universe’s 50 millionth collectible certified was also a PCGS submission that occurred on February 26, 2014. That day the company certified the authenticity and grade, PCGS Mint State 66+, of a Morgan silver dollar struck in 1888 at the New Orleans Mint. It is evident that submissions have continued to increase as the next 25 million collectibles were authenticated and graded within only five years. The PCGS brand has continued to grow. Currently, it boasts more than 23,465 members on its PCGS Set Registry with 102,323 sets.

PSA, meanwhile, debuted in 1991 and has since certified more than 33 million trading cards, sports memorabilia items and autographs with a combined market value of more than $1 billion. Its own Set Registry program has 20,227 collector members who have recorded 147,901 registered sets to date. 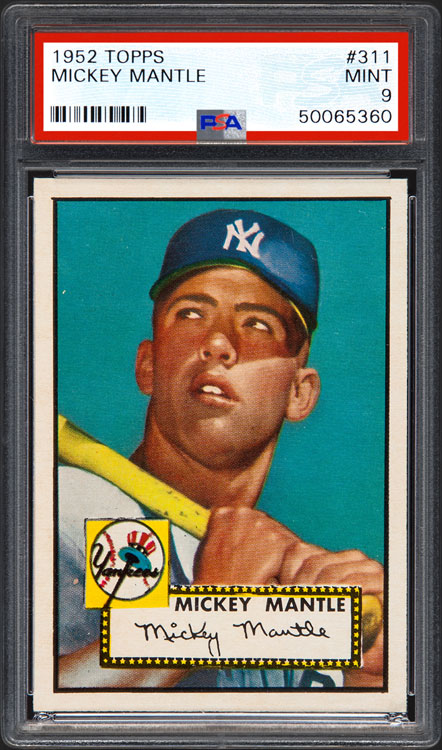 “It has been our honor to authenticate and grade many of the world’s most valuable and notable sports and entertainment collectibles,” said PSA President Steve Sloan. “But we are just as proud to have provided confidence to collectors across all levels of the collecting community. PSA thanks the hobby community for helping us achieve the 75-million mark.”