This year’s Paper Money Fair held in Maastricht, which concluded on Sunday the 22nd April, has been hailed a smash success from the point of view of both dealers and collectors. Tucked away in the Dutch hamlet of Valkenburg, just about 10 miles south of Maastricht, this picturesque and historic town is most well-known for having one of the best fortress/castle ruins in the Netherlands and for its array of sandstone buildings. The annual Paper Money Fair got off to a promising start with dealers arriving some two days before the actual opening day event in anticipation of increasing interest and sales of banknotes and related items. 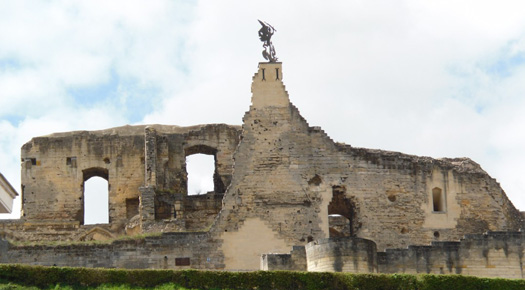 All photographs by Michael Alexander.

In its 26th year, the Paper Money Fair has gone from strength to strength with more dealers taking part and of course, more collectors making the pilgrimage and giving this bourse the well-deserved reputation as being one of the most popular and important shows on the banknote calendar. Organized by Jos Eijsermans, the driving force behind “Papermoney Fair, Maastricht” to give it its full and correct name, Jos describes himself as a “lifelong collector” and is proud to point out that each year the show has successively seen an increase in the numbers of both dealers and dedicated banknote collectors. Last year, the show celebrated its 25th year and as an official tribute to this ever-popular show, the occasion was marked with commemorative stamps from Aruba, Curacao, and St. Maarten!

This year’s fair was held at the Polfermolen convention centre, it’s home for the last eight years with more than 215 participating dealers being situated over the two main auditoriums, including some selected dealers with tables in the main foyer. Over the last 26 years, Papermoney Maastricht has developed into a world-class bourse with participation by a full array of dealers specializing in paper money, stocks, bonds and related ephemera. Dealers/Countries represented this year included the U.S., Germany, Hong Kong, Kazakhstan, Jordan, Madagascar, Vietnam and even places not normally heard from such as Transdnestria! 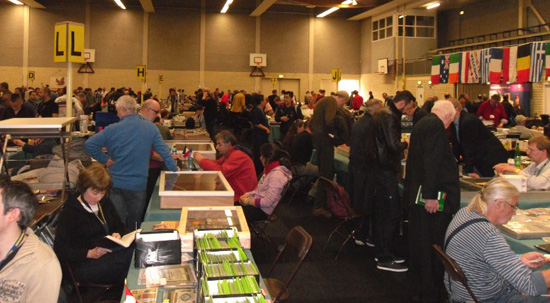 One prominent banknote dealer out of Finland had some outstanding notes on offer. An almost-complete collection of Finnish error-banknotes spanning from 1955 to the end of the Marrkka in 2002, the denominations for this first volume alone contained the 100 and 500 marrkka notes full of mis-matched serial numbers, no signatures, mis-matched watermarks, and replacement notes together with the originally issued notes.  I was able to see just one volume of this museum-quality collection and I was well-impressed. 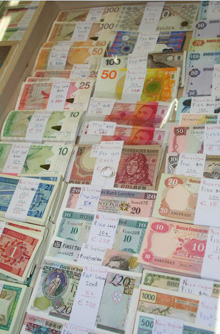 Also on offer seemed to be a never-ending supply of banknotes from the Banque de France, and for good reason! Since all franc denominated notes lost their redemption status from the 17th February of this year, the last two series were in ample supply. I availed myself of that opportunity to acquire a set of each in UNC quality at very reasonable prices. Incidentally, the Banque de France has filed a revenue report for 550 million Euro, the equivalent value of francs outstanding as of the 18th February and never exchanged, how’s that for easy money?

From some of the oldest notes ever issued to the very latest notes from South Sudan and polymer notes from Canada and everything in between, you would have found it there. Regardless if you are a specialized collector or a wholesale dealer, Papermoney Maastricht has it all and for two full days (three if you’re a participant/dealer).

The next show will be the bi-annual date of the 29th / 30th September. For more information on attending or for dealers, please visit the website of Papermoney Fairs at: www.papermoney-maastricht.eu