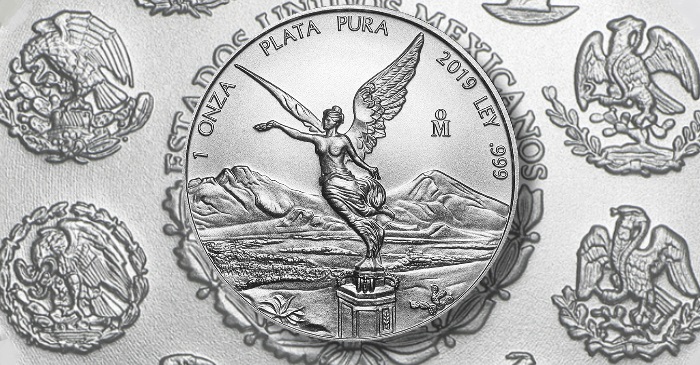 Mexico — the world’s largest silver producer — operates the oldest mint in North America, the Casa de Moneda, founded in 1535. In the modern era, the mint introduced the world’s first major silver bullion coin, the Libertad (which means “liberty” or “freedom”), in 1982 — the year after it debuted a gold version. Though initially aimed at silver and gold investors, the Libertad has emerged over the past four decades as one of the most popular and widely collected modern world coin series as well as one of the best-performing ones in terms of secondary market value. And in the intervening years, as Mexico has become a wealthier country with a larger middle class, domestic demand for the coins has continued to grow alongside increasing foreign demand in North America, Europe, and Asia.

Yet despite this increasing demand for the coins, mintages of most versions and sizes of the Libertad — even the flagship one-ounce silver coin that is produced in more significant numbers than other versions — has remained substantially lower than that of most other major bullion series. And that is part of the appeal of the coins, and one of the reasons why so many silver and gold Libertads have acquired market premiums way above their intrinsic metal value, especially for certain earlier and low-mintage coins.

The series is also beloved for its iconic design inspired by the classic 1921 gold Centenario coin issued to mark the centennial of Mexican independence. That coin features a depiction of the gilded statue of the Greek goddess Nike (known in Mexico as the angel of victory) that rests on top of the famous victory column in Mexico City. This classic Mexican motif, especially as it currently appears on silver and gold Libertads, has continued to resonate strongly with buyers and collectors of the series — many of whom consider it to be the most beautiful design on any world bullion coin.

Libertads also have several differences with most other bullion series. For example, they do not carry a denomination. The reverse has inscriptions for the metal, weight, and purity, and the coins are categorized by their weight (one-ounce or onza, etc.). In addition, they have no predetermined mintage levels, but the boxed Proof sets usually have a set product level that typically does not include coins sold individually. 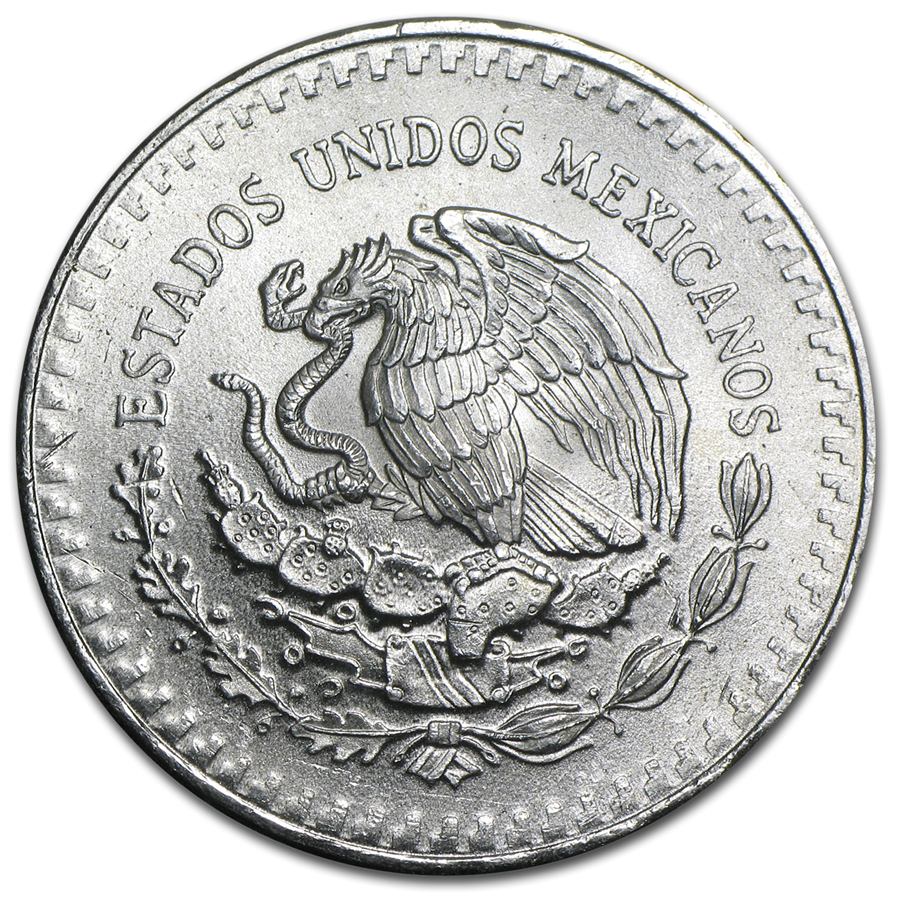 Mintages have ebbed and flowed over the years with fractional silver versions having been minted in low numbers in the earlier years due to either lower demand for silver, or underestimation of demand by the Banco de Mexico. Mintages for many products have seen mintages bumped up in recent years as rising demand has increased sales, but almost every year there is one or more Libertad that comes in with a surprisingly low mintage. 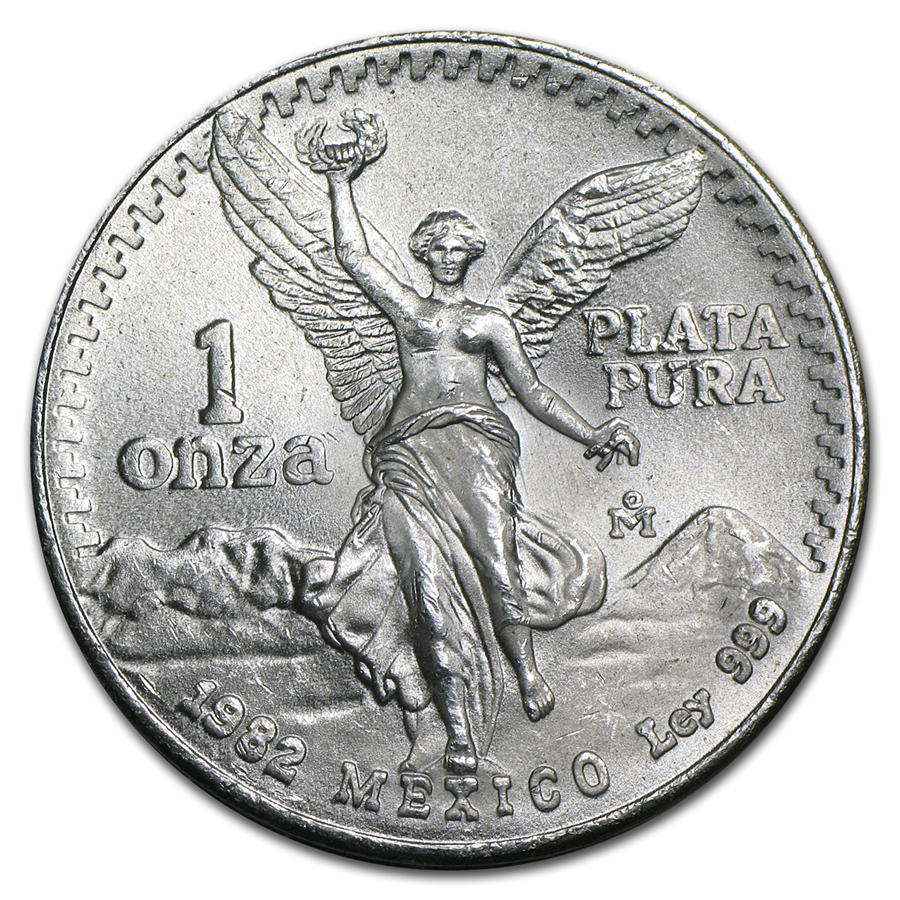 From 1981 to 1999 for the gold Libertad, and from 1982 to 1995 for the silver Libertad, the reverse design featured a front-facing image of the famous Winged Victory statue that rests at the top of the well-known monument to Mexican independence in Mexico City in which she is shown holding a laurel crown in her right hand and a broken chain in her left hand. The obverse featured at this time the Mexican coat of arms with an eagle facing left perched on a cactus and clutching a snake in its beak. In 1996 the silver reverse was changed to a three-quarter size, left-facing profile of the same statue against a landscape with the volcanoes Popocatepetl and Iztaccíhuatl, sites of a famous Aztec legend. In 2000 the silver obverse was modified with a smaller coat of arms in the center, surrounded by historical Mexican coats of arms. Since 2000 the gold coin has carried the same obverse and reverse designs as the silver coin. 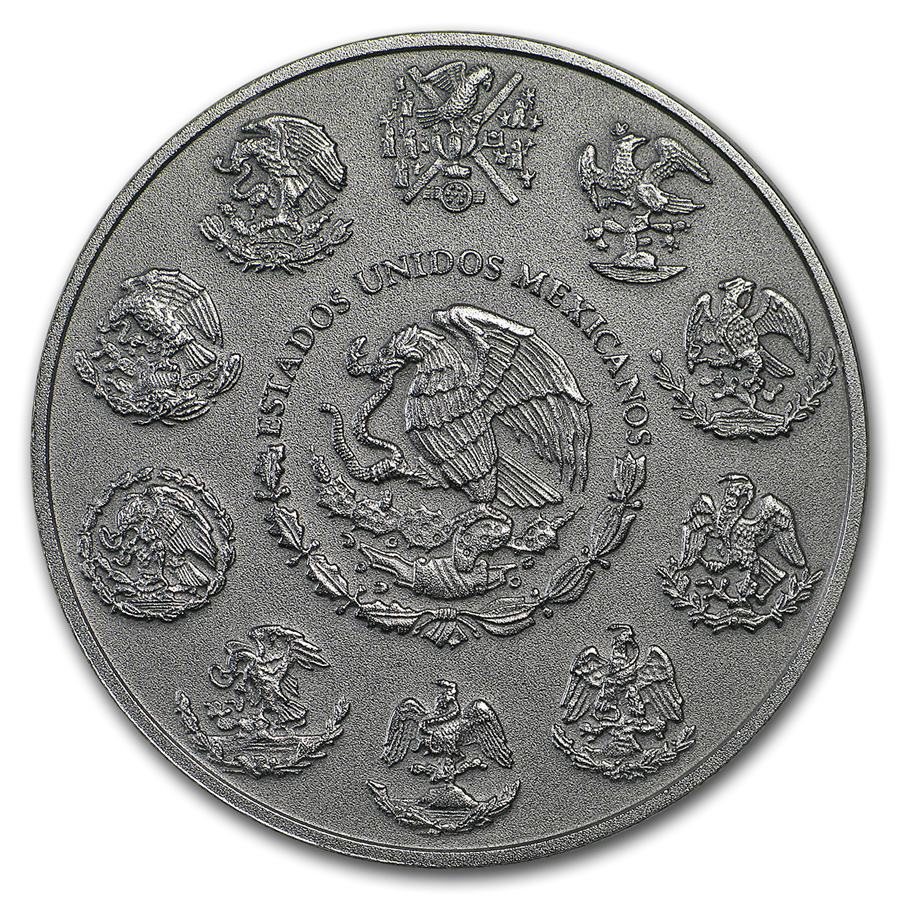 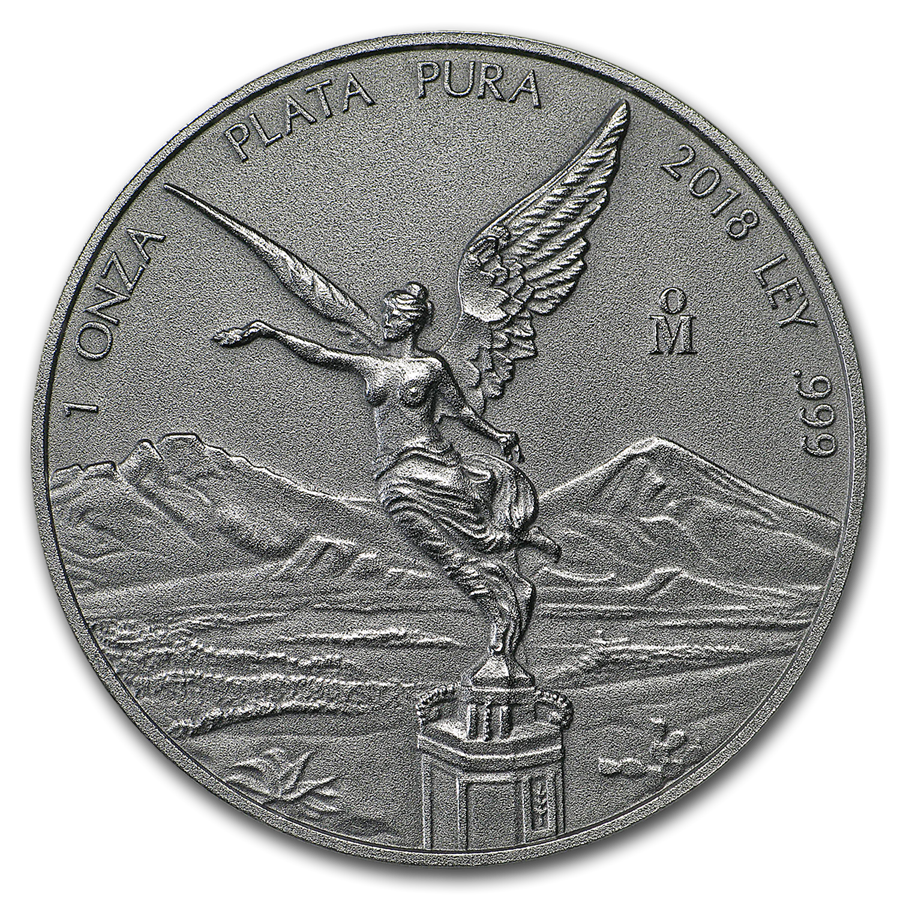 Over the years, additional sizes of the silver coin, including fractional pieces of 1/20, 1/10, 1/4, and 1/2-ounce, as well as larger versions of two and five ounces and one kilogram, were introduced, while the gold coins are currently issued only in fractional and one-ounce versions. Also, silver and gold Libertads are released annually in both brilliant uncirculated and Proof, including both individual Proof pieces and sets of encapsulated silver and gold Proofs in wooden display boxes. And since 2014, a seven-piece silver Proof set with every size available has been issued. 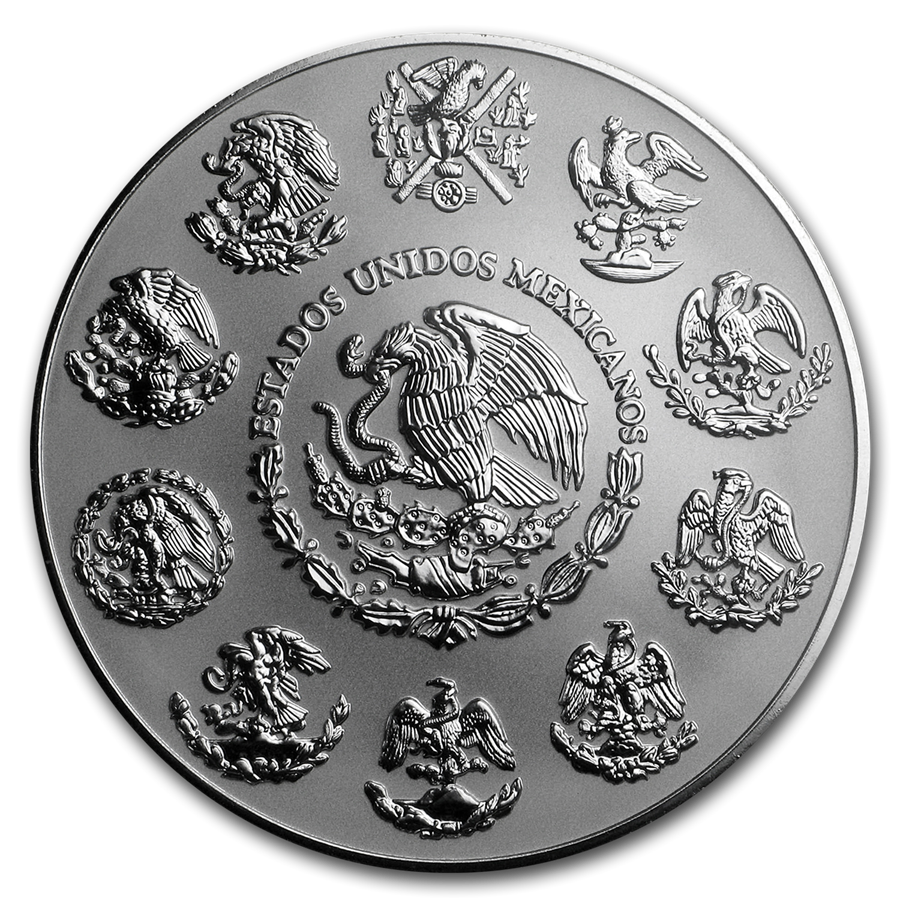 As for special finishes, since 2015, the one-ounce silver has been issued in Reverse Proof in limited quantities, and since 2017 the two and five-ounce silver coins have also been struck with that finish. In 2018 an antique silver finish was introduced in one, two, and five-ounce versions. The Reverse Proofs have so far been received more positively because collectors like the appearance and low mintage of the coins that range from 1,050 to 2,100. The one-ounce antique was limited to 40,000 and the two and five-ounce versions to 2,000. 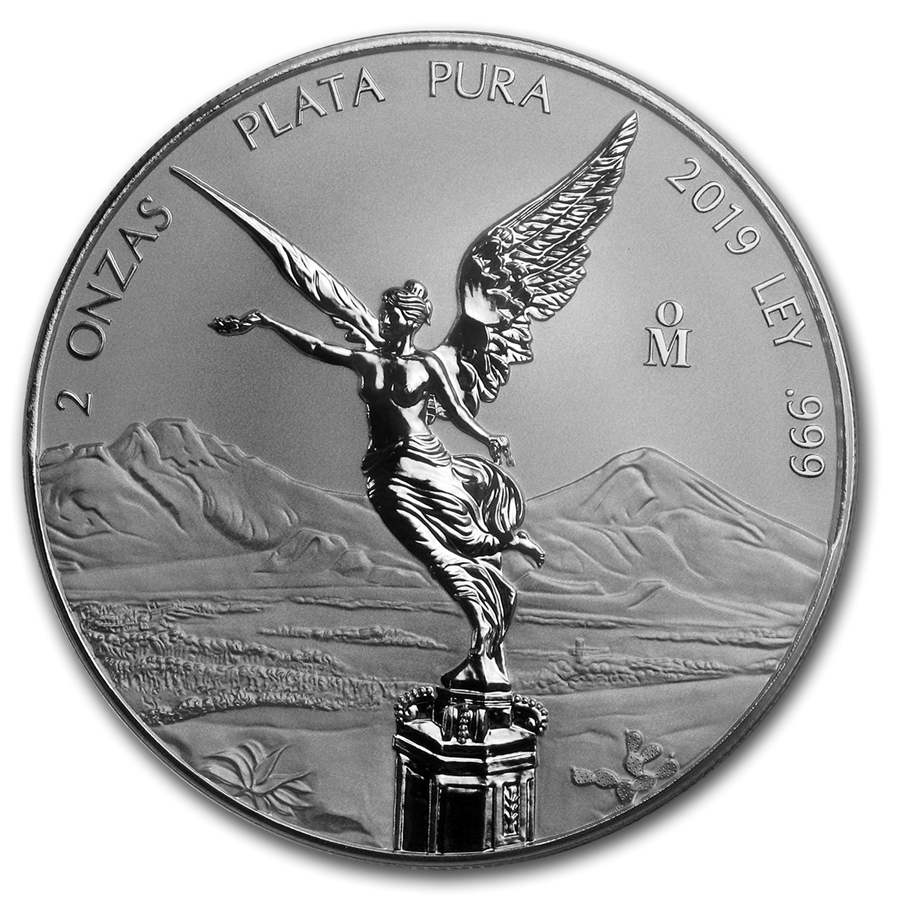 In 2019 the mint surprised collectors by reducing mintages of all silver Reverse Proofs (one, two, and five ounces), which came in at 1,000, and of all sizes of the Antique finish coins (in the same three sizes), which are also 1,000 each. And both sizes of the gold Reverse Proof were limited to 500 each. These are the lowest mintages so far for each of these types of Libertads and the key coins for 2019. 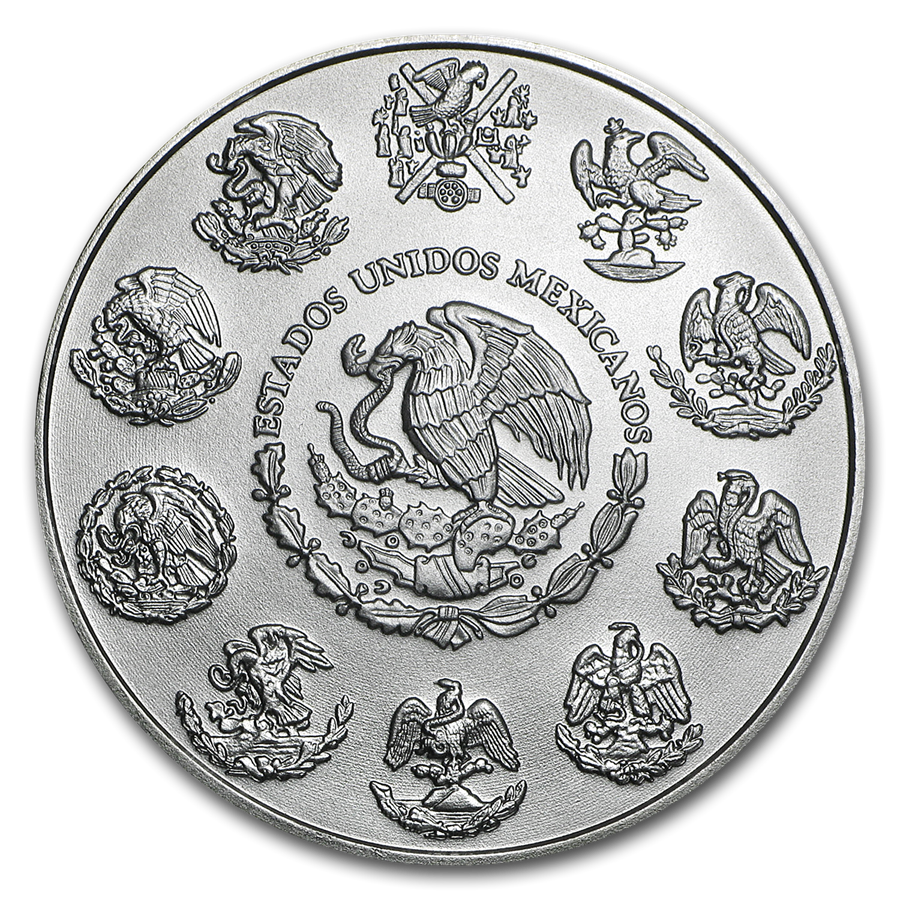 Finally, the kilo coin — typically issued in Brilliant Uncirculated and Prooflike versions — was issued in high-relief in 2017 only with a 1,000-mintage. Also, just one platinum version exists — a 1/4-ounce piece from 1989. 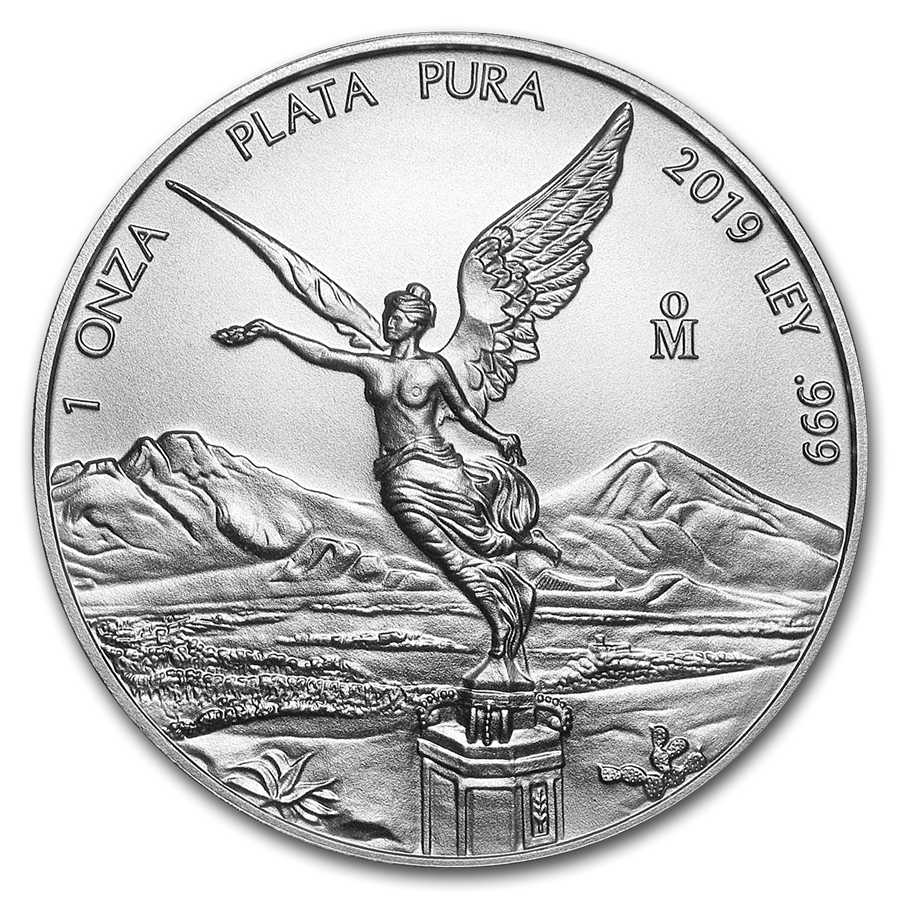 With so many different sizes and finishes, not to mention two different precious metals, someone interested in collecting the series is faced with a range of different options. Choices need to be made since it is simply impossible — even on an unlimited budget — to put together a complete set of all versions. And because there are many coins with mintages in the hundreds, many of which are in collections that may never come up for sale, completing any one area other than the basic one-ounce silver Uncirculated set is very challenging.

Libertads are most commonly collected by assembling a complete set of ungraded, Uncirculated one-ounce silver coins. While already completed sets are sometimes available, it is advisable to put your own together. For many other world bullion series, this would not be very challenging, but some of the earlier issues of this series are not easy to find, especially nice Uncirculated examples without dark toning. The key one-ounce piece is the 1998 issue with a mintage of 67,000 coins.

A more advanced approach would be to put a graded set together, but coins issued from 1982 to 2010 are almost impossible to find in high grades. For that entire period, there are only 30 MS-70 coins in the NGC census and none prior to 1993. Plus, MS-67 is the highest grade through 1982 of coins graded by NGC.

When it comes to the fractional-size Uncirculated coins and all the Proofs, typically, only coins from the most recent years tend to be readily available. To find earlier issues, a collector will need patience and the help of a dealer who specializes in the series that is willing to help them acquire those issues.

Some people collect the five-coin silver Proof sets issued in wooden boxes with the one-ounce and fractional pieces issued since 2008 except for 2012 when an alternative two-piece set was issued. That year only a one-ounce Proof was struck, and the set combines that with a 1/2-ounce Brilliant Uncirculated coin. Keep in mind that you should only purchase Proof sets in boxes that include a numbered (in most cases) certificate of authenticity — something that adds considerable value.

An interesting set that would be very appealing from a visual perspective and not very expensive or difficult to assemble would be a complete Libertad silver type set with one example of each weight in Brilliant Uncirculated and Proof as well as Reverse Proof and Antique finish for the years when coins with those finishes were produced. 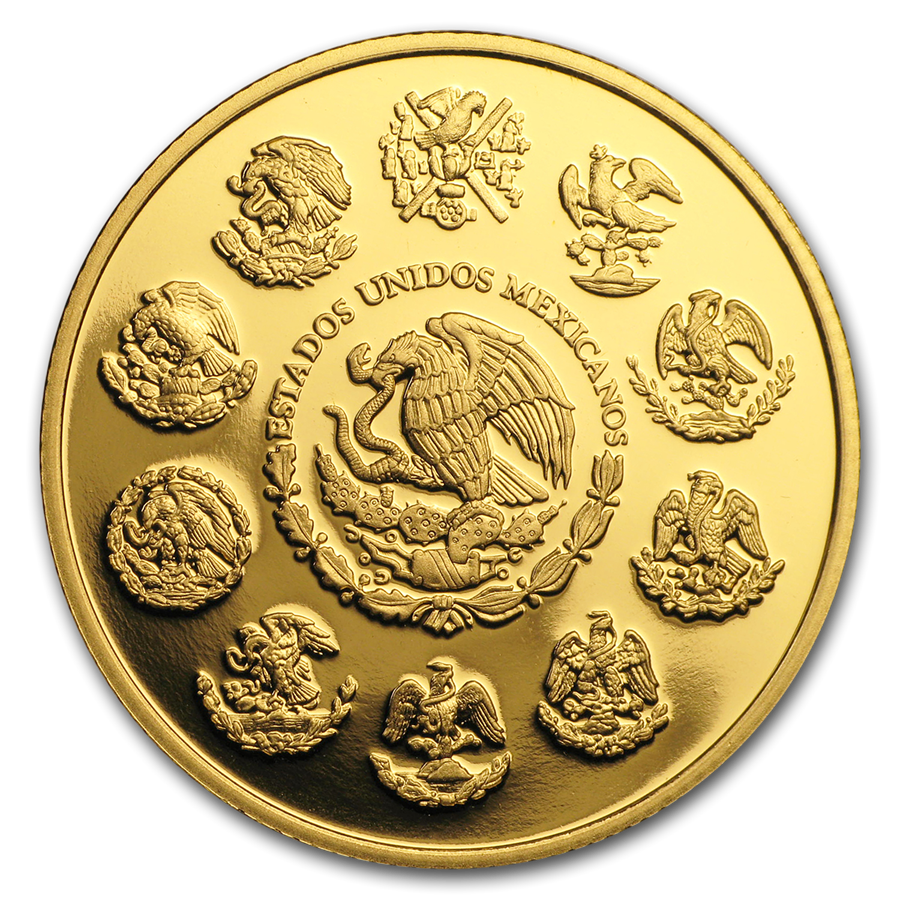 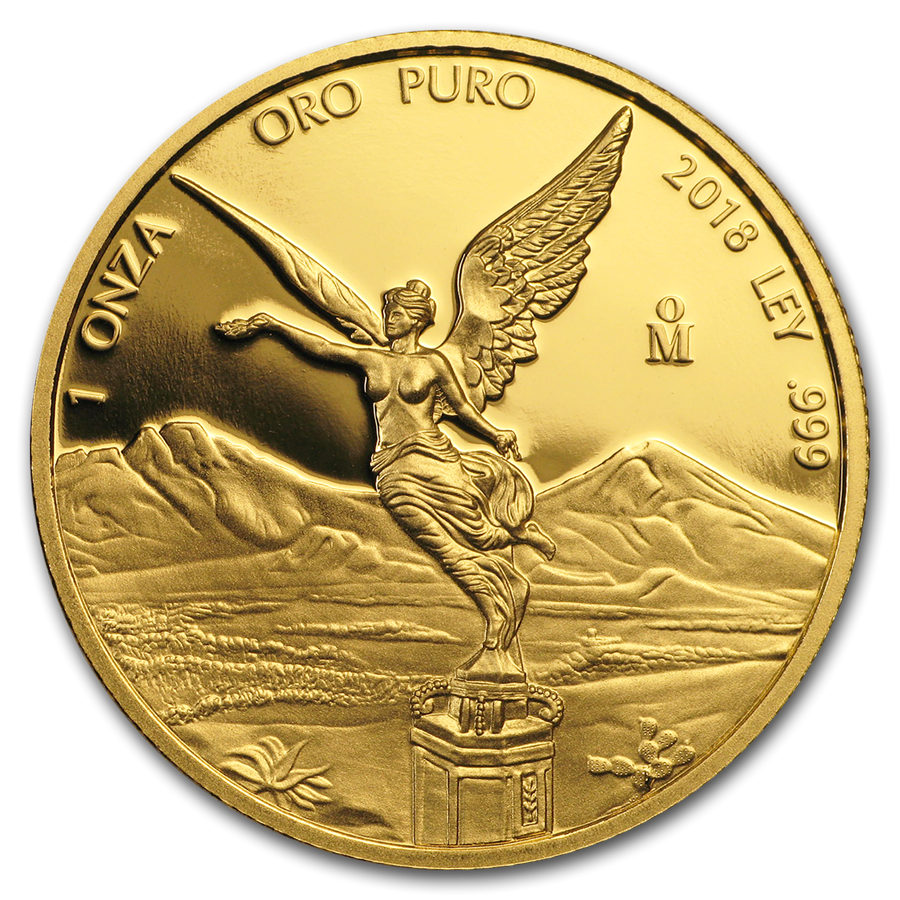 The gold versions of the Libertad feature the lowest mintages of any modern world gold bullion coin, including several Uncirculated issues with mintages of just 300 coins, such as the 2017 1/10-ounce piece. And among the Proof gold coins, 2014 is the key year with a mintage of 250 coins all released in five-coin Proof sets except for the 1/4-ounce coin — of which 100 coins were sold individually. Those five-coin gold Proof sets have been issued since 2005 but only since 2008 with numbered certificates issued by the mint. Back dates of the gold coins and sets are extremely difficult to source, and even the largest dealers who carry Libertads generally only have the current and sometimes several prior years’ gold coins. 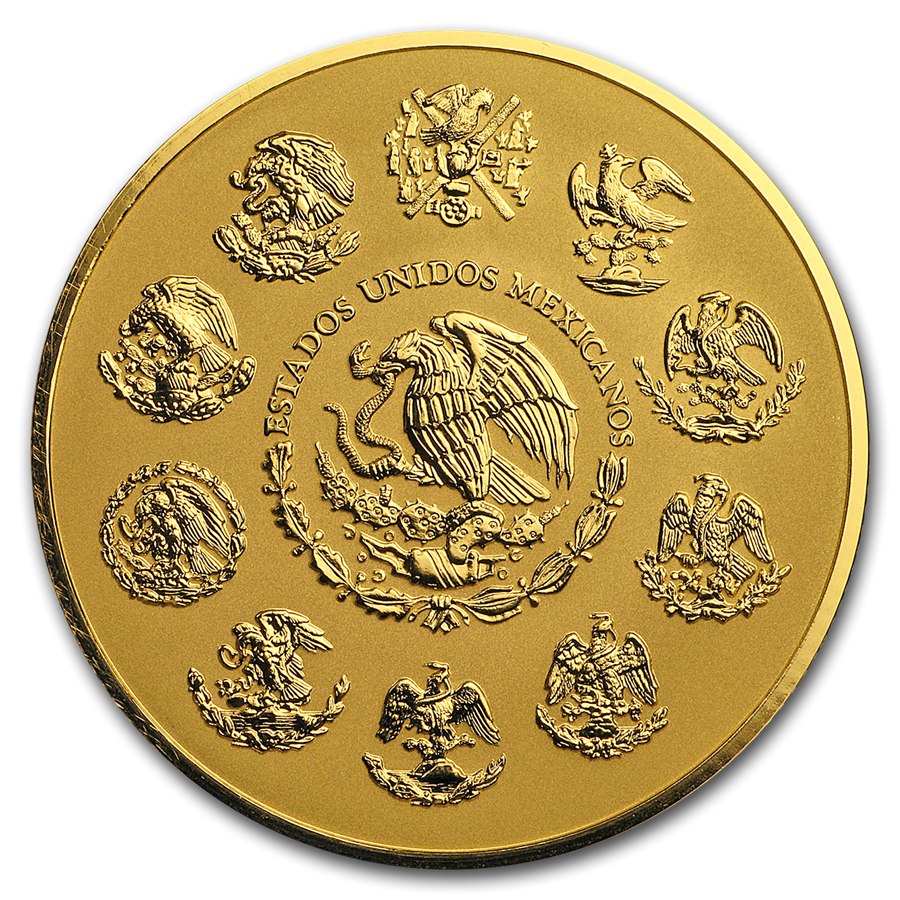 Die varieties are an area that appeals to the more advanced Libertad collector. During the earlies years of production of the silver coins, these were more common than they are today as a result of advances in coin minting technologies. Some of the die varieties that exist include the lettered edge die varieties (that have different alignments between the edge lettering and the obverse and reverse designs), the 1982 doubled die reverse (discovered by collector Tom McGrady), 1988 doubled die and the amazing 1990 mule coin that uses the 1999 reverse die paired with a 2000 obverse die (the year the obverse design changed), a scarce coin with only a couple examples known. There are also one-ounce silver Proof varieties such as the 1983 double and triple dies and the 1987 with missing feathers. 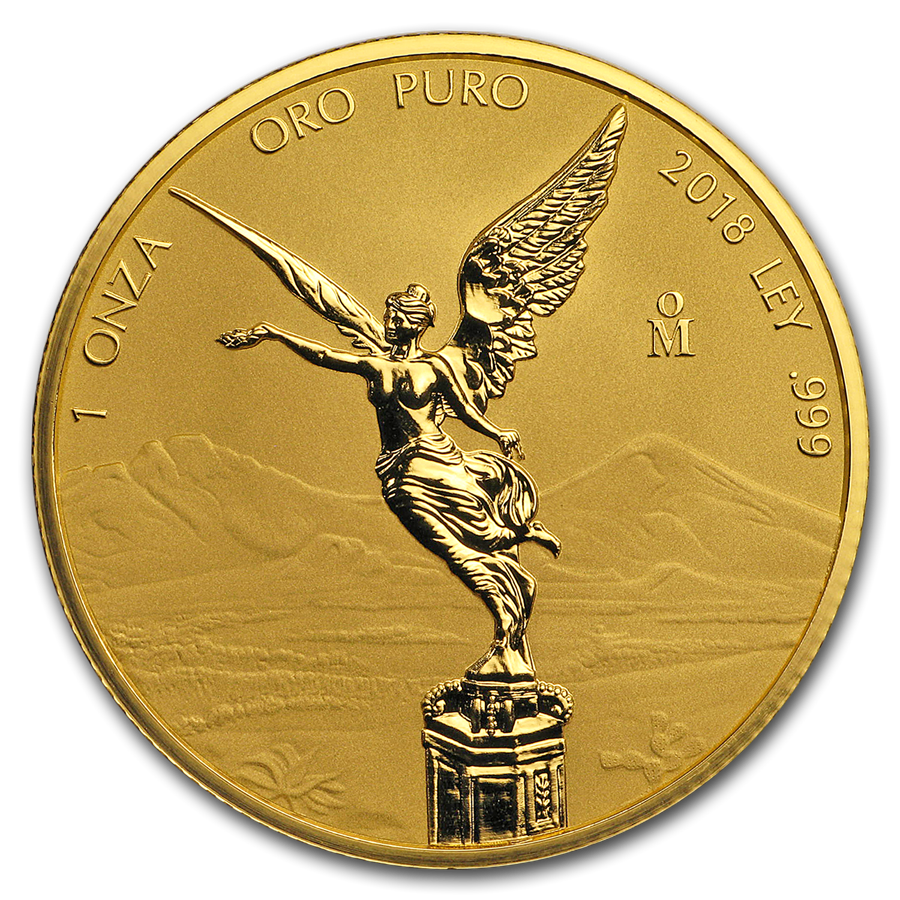 Whichever type or types of Libertads a collector decides to focus on, he or she is likely to derive a lot of enjoyment from pursuing those areas of the series while also assembling a beautiful collection. Those coins should increase in value partly due to the scarcity of lower-mintage pieces, while their precious metal content gives the collection substantial intrinsic value.

Libertad coin series: 2019 program’s surprises may have only begun