This is the first part of a two part article.

For years the U.S. congressional officials who oversee the Mint have authorized a maximum mintage for U.S. commemorative silver dollars and $5 gold coins. Those mintage limits have typically been set at, respectively, 500,000 and 100,000, but have recently become more variable.  Most commemorative coins do not come close to selling the entire target mintage. Recent coins that did sell out include the Lincoln silver dollar in 2009, the Boy Scouts silver dollar in 2010, and going back to 2001, the Buffalo silver dollar. As far as $5 gold coins, I do not believe any recent issues have sold the maximum mintage. 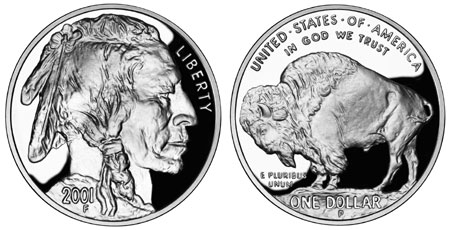 Commemorative silver coins, including some that sell out, are one of those modern U.S. Mint products that frequently lose value in the secondary market.   In some cases an immediate sell out has enhanced secondary market prices compared to coins which sold out but only after months of sales.  But in other cases, even coins that sold out right away, such as the 2006 Benjamin Franklin Silver Dollars, have declined in value over time.

Collectors of U.S. coins who specialize in modern commemorative issues will want one of each issue, but it frequently makes more sense to wait until well after the coins go off sale from the Mint and to purchase them from dealers or other collectors. This is especially true of the silver coins.  Many recent gold issues have increased in value on the secondary market, but in most cases that was only a result of rising gold prices.

The designs of modern commemoratives are generally rather appealing, and some people who do not collect coins purchase specific issues because a particular theme strikes their fancy or has some personal resonance for them. An example of the later is the Boy Scouts dollars. Many coin collectors are former Boy Scouts, as are an even larger number of non-collectors, plus the coins also depicted a female (a source of controversy for some people). Such a broad constituency made an eventual sell out quite likely. 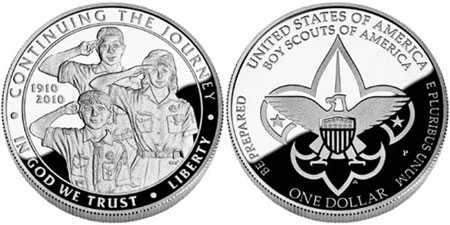 Collectors should never expect to come out ahead on every coin they buy, especially modern Mint issues, but the performance of many modern commemorative coins is nonetheless rather disappointing. Some examples that come to mind include the 2006 Benjamin Franklin coins, which did sell out very quickly, but which today sell for about the same level as their issue price, even with the dramatic increase in the price of silver in the intervening years. The general pattern is that coins briefly increase in value after the end of the Mint’s sales program, often as a result of dealer promotions, and they subsequently decline in value when the promotions end and collectors turn to other issues.

The major exceptions are coins that were purchased in unusually small numbers such as the 2000 Library of Congress $10 bi-metallic coin, and the 1996 Olympics dollars, which are the keys to the modern commemorative dollar series. Collectors had been inundated by so many Olympic issues in the preceding years, such as the 1984 summer Olympics coins and the 1992 winter Olympics coins, as well as so many other commemorative issues in that period. 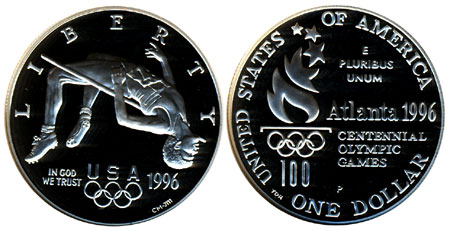 By the time the 1996 coins came out, many collectors were burned out, and needed a break. So few bought some of the 1996 issues, especially the wheelchair or Paralympics, tennis, high jump and rowing silver dollars, and final mintages were all in the 15-16,000 range for the uncirculated versions, which is the lowest of any modern silver commemorative. In my view, these four key coins are likely to continue to perform well over time and are still worth purchasing at their current price levels in the $300 range.

As many numismatic writers have explained, classic American coin series that ended many decades ago, with the important exceptions of Morgan and Peace silver dollars and Walking liberty half dollars, have experienced a shrinking base of new collectors over time in part because of the expense and difficulty of completing many of those series. On the other hand, the number of people who enter the hobby and end up specializing in modern issues is increasing. This will be explored further in future articles.

There was a long hiatus between 1954, when the Washington/Carver coins were issued, which were the last of the classic commemoratives, and 1982, when the first modern commemoratives came out. As a result, collectors were eager for commemorative coins. Mintages were set at very high levels, and the coins sold well. The silver dollars were made by the millions, and the gold $5 coins in the hundreds of thousands. 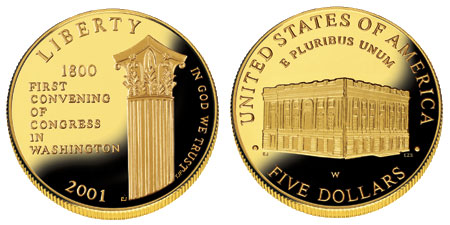 In addition, commemorative gold coins include a $35 surcharge which goes to a nonprofit group representing the group or constituency depicted on the coin. Many people believe this revenue source for those groups resulted in them lobbying for too many different commemorative issues. Collectors began to tire of all the new commemoratives. And many designs were not particularly inspired. The 2001 U.S. Capitol Visitor Center coins are an example of rather mundane designs.

Coins issued in the last decade included some attractive and interesting issues like the 2008 Bald Eagle coins, but the coins continued to be issued in very high numbers, perhaps because of the legacy of the 1990’s issues. I suspect Mint and congressional officials also considered them a good revenue source.

But since many recent commemorative dollar coins have sold less than half the maximum mintage levels as set by the Congress, Mint officials should consult with congressional committees and try to lower the authorized mintages to more realistic levels unless a coin has extremely broad appeal such as the Buffalo silver dollars. In addition, doing so should help the Mint manage its growing product base by reducing the number of silver and gold coin planchets needed for commemoratives. 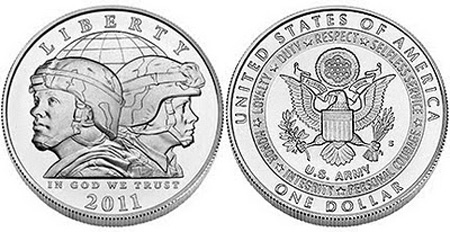 There is evidence that this has started to happen. Two commemorative programs have been announced for next year, the 2012 Infantry silver dollar, and the 2012 Star Spangled Banner silver dollar.  The authorized mintage levels for the first is 350,000 and for the second, it is 500,000.   The second coin clearly has broader appeal.  The 2011 U.S. Army and Medal of Honor silver dollars both have targeted mintages of 500,000, which seems appropriate given that the coins are likely to be purchased by coin collectors and by active and former members of the U.S. Army.  The Mint thus seems to be giving more consideration to establishing mintage targets that are appropriate for different programs instead of routinely authorizing too many coins.  This is an encouraging development.