This year the United States Mint plans to resume offering uncirculated versions of the American Gold Eagle and American Silver Eagle. This represents a separate collectible offering in addition to the traditional proof versions of the coins. 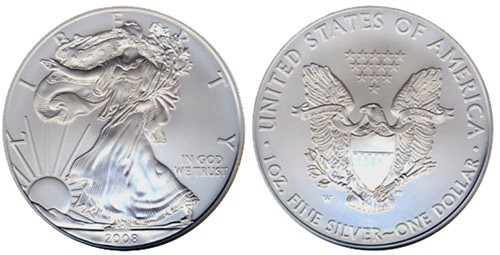 For all past issues, the mintages for collectible uncirculated coins have been lower than for the proof versions of the coins. In some cases where mintages were extremely low, significant market premiums have developed. For example, the uncirculated 2008-W $10 Gold Eagle (one quarter ounce coin) had a mintage of 8,883, representing the lowest mintage for any American Gold Eagle. This coin currently sells prices in excess of $1,000 on the secondary market. 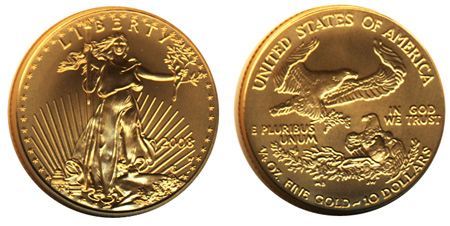 The collectible uncirculated versions of the Gold and Silver Eagle were previously offered from 2006 to 2008. During this period, the Silver Eagle was available individually or as included within the Annual Uncirculated Dollar Coin Set. The Gold Eagles were offered in one ounce, half ounce, quarter ounce, and tenth ounce sizes, either individually or as part of a 4 Coin Set. During 2006, the one ounce 2006-W Gold Eagle and 2006-W Silver Eagle were incorporated into special 20th Anniversary Sets.

At the end of 2008, the US Mint announced the discontinuation of the fractional weight collectible uncirculated Gold Eagles. The one ounce version and the uncirculated Silver Eagle were both anticipated for 2009, but the offerings were eventually canceled as the US Mint struggled to meet demand for bullion versions of the coin. The same situation occurred in 2010, although the US Mint was able to offer proof versions of the Gold and Silver Eagle.

With the passage of the Coin Modernization, Oversight, and Continuity Act of 2010 (Public Law 111-302), the US Mint now has greater flexibility in offering numismatic versions of the American Gold and Silver Eagles. The requirement to supply the coins in quantities sufficient to meet public demand was altered to require “qualities and quantities that the Secretary determines are sufficient to meet public demand.” This will allow the US Mint to reserve precious metals blanks for collector offerings, rather than diverting all supplies to the production of bullion coins.