On September 7, 2012 Paul-Francis Jacquier will hold his 37th auction. Collectors will find exactly 1,000 lots of ancient coins, objects, and books in the new catalogue. All of the offered items share one point: they are pieces for connoisseurs that excel by their rarity, their historical relevance, or by their beauty; and some of them even by all three aspects.

The auction starts with just under 30 coins from Celtic mints and approximately 170 coins form Greek mints. Here you may discover a lot of particularities. Let’s just mention a small series of coins from Massilia as they are known from the Auriol hoard, some rarities from central Greece featuring many pieces from the BCD collection, a well centered stater from Cyzicus, nearly extremely fine depicting on the obverse a griffin standing on a tuna, numerous exceptionally well conserved bronze coins and fractions, and much much more. 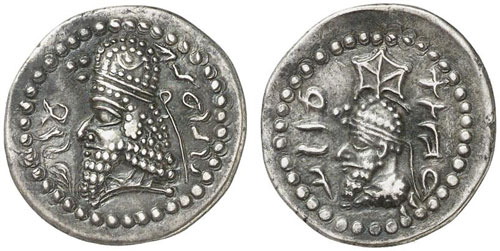 Coins from eastern peoples deserve special attention. Not only you will find a comprehensive series of issues from Persis, but also a very rare piece from the transition between Persis and Sassanids: it is a hemidrachm of Shapur, son of Pabag, King of Istakhr, minted c.211/12-213. Shapur was the older brother of Ardashir I who defeated the Parthian King in 224 establishing an empire of his own. Actually it was Shapur who was designed to become heir of their common father. However, he died shortly after his father and in a rather inexplicable manner clearing thus the way for Ardashir. Hence this very rare piece, extremely fine and well toned, estimated at only 1,000 Euro is one of the very last coins from the Persis and the very first Sassanian coin. 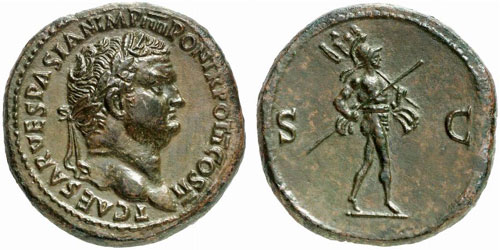 As usually Paul-Francis Jacquier offers a very strong portion of Roman Imperial coins counting nearly 500 lots after a rather small section of the Roman Republic. Since there are so many rarities we cannot list all of them. Therefore let’s just limit to some very particular gems: coins with countermarks of the unfortunate Varus and his legate Caius Numonius Vala, a bronze coin from Philadelphia (Lydia) with the portrait of Tiberius Gemellus, a perfectly well conserved sestertius of Titus being the auction’s cover piece, a denarius of Faustina on the institution of the PVELLAE FAVSTINAE, a gorgeous medallion of Commodus depicting a harbor scene, maybe in Alexandria, a medallion-like sestertius of Orbiana on her marriage with Severus Alexander, a nearly extremely fine sestertius of Gordianus I Africanus with a patina in malachite green, a very rare antoninianus of Saloninus Augustus, a comprehensive series of antoniniani, sestertii and double sestertii of the Gallic Empire comprising numerous rarities, many issues from the Tetrarchic period and the Late Roman Empire, among which we only mention a perfectly well conserved maiorina of Decentius and an extremely rare half siliqua of Maiorinus of highest numismatic importance.

The auction concludes with a vast offer of numismatic literature among which are many very searched-for books.

You can browse the auction catalogue online, too, at http://www.sixbid.com/nav.php?p=viewsale&sid=641&s=b