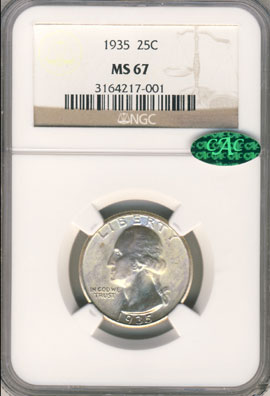 Those viewers familiar with my frequent request–that NGC resume consideration of crossover slabs (it only considers PCGS)–know how strongly I feel about the matter. Perhaps I am the only one who feels so. Thus, this is my last appeal, with additional arguments about why NGC should resume full crossover service. Moreover, we at Coin Update News are asking our viewers to weigh in on this issue.

For those wishing to revisit my previous arguments, view this 2011 post or this 2012 one.

To recap, in 2011 we helped announce the news that NGC would consider only PCGS-holdered coins for crossover service. Coins graded by other grading services must be removed from their holders and submitted raw. The company said then that the change was made after an internal review when NGC Customer Service reported that the greatest number of complaints had to do with crossover service. Customers were confused and angry when their coins failed to earn an NGC label and holder.

NGC noted that the problem of negative experience concerned how the customers’ coins had been graded by other companies–not the manner that NGC graded coins.

In 2012, we argued that beautifully pasteled PCI and older Hallmark Silver Eagles may have earned artificial color status at NGC if cracked out and submitted raw as crossovers, mainly because the silver of these coins toned a monstrous rainbow hue because of the particular green label in the holder, which almost always carried the notation “100% white.”

We also discussed how we had to switch our Silver Eagle registry from NGC to PCGS, which understands the toning aspect of older PCI and Hallmark holders. Take a gander at my beautiful showcase registry set compliments of PCGS by clicking here.

Since 2011, I have switched my set registries from NGC to PCGS primarily because of NGC’s crossover decision. Don Willis, president of PCGS, has said his company would continue offering crossover service because it wants the very best coins in its holders. Willis made a numismatic decision; NGC made a customer service decision, and in that difference forgot that ending one service may impact another service, in this case, set registries.

Before we discuss that, however, I want to give NGC its due because unscrupulous sellers on auction portals like eBay and Proxibid continue to hype self-slabbed coins as rare, often using PCGS values to justify opening bids.

Here’s a typical comment on my blog concerning hyped grading: “I bought a coin through their auction house and it was stated ms 65 ms 65+. I went to get it graded and needless to say it did not come back has a 65, lost hundreds of dollars.”

Coin dealers and expert hobbyists have to share the bad news about overgraded coins on a regular basis. So should one of the two top grading companies in the world, NGC. Without crossover service, alas, the company is not a full-service holdering company, again because the decision was customer-service based rather than numismatically based.

I am a Morgan dollar collector, like so many others. We desire deep mirror prooflike coins but we cannot afford to pay retail for them. As such, we send to PCGS crossovers from ANACS and ICG–reputable top-level companies–as well as from SEGS, PCI, ACG and other less consistent but still frequently reliable companies. If eBay changed its listing rules to include ANACS and ICG, as this post discusses, NGC might reconsider its crossover rules for the same reason. NGC never intended to slight ANACS and ICG, but because its decision was customer-service based and not numismatic, it had that unintended consequence.

Here’s the consequence for hobbyists like me. Recently I sent four coins to PCGS for crossover service, marked “any.” All four did not cross. Two were from ACG and two were from ANACS, whose photos I share here. The 1820 cent graded MS61 Brown came back “questionable color” and the 1914/3 Buffalo Nickel graded VG8 came back “cleaned.” 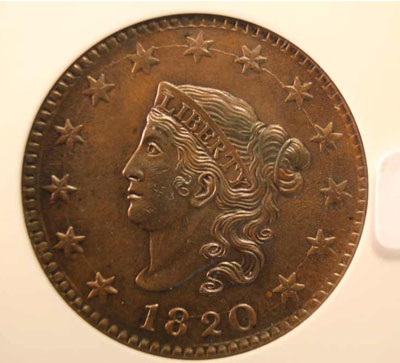 Questionable color and cleaning on a VG8 buffalo nickel are close calls. I would have liked to send them to NGC for crossover consideration. 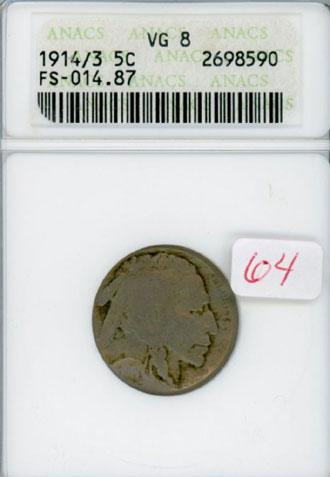 So why don’t I just crack them out and send to NGC raw?

Close calls cost money. What if I cracked out the 1820 cent and it came back from NGC as ungradeworthy? I’d rather keep it in an old ANACS holder than risk that.

Admittedly, coin grading is subjective–to a degree. The closer the call, the greater the subjectivity. So I am not angry with PCGS for four DNC designations; I just would have liked a second opinion by NGC.

Close calls also involve Morgans that may be deep-mirror prooflike. Case in point: In 2011, I won a 1878-S MS64 DMPL in an old ANACS holder. At the time I was sending to PCGS a submission of raw coins so I foolishly cracked open the ANACS holder and sent the raw coin to PCGS. It came back 1878-S MS64 PL. I’m not blaming PCGS for that; its standards are strict, and I get that. However, the consequence for me then was a loss of hundreds of dollars, based on what I paid for the ANACS coin via Proxibid as opposed to recent CoinFacts auction prices for an 1878-S MS64 DMPL in an old ANACS holder.

So now rather than maintain my NGC set registry for Morgans, by sending in similar ANACS coins for NGC crossover service, I either resubmit my “Did Not Cross” coin to PCGS for reconsideration or just put it in an auction for fear I’ll lose money on close calls.

I’m an associate NGC member at the moment. I’ll gladly increase my membership to premium and pay more if NGC considered crossovers at that level. That, by the way, is a reasonable compromise. One would think that premium members would understand numismatics to such extent that it would not send self-slabbed coins for crossovers. But let’s say NGC still worries about customer service complaints. Then why not simply expand NGC crossover service to include only ANACS and ICG on the theory that they employ world-class graders too and so stand a better crossover chance?

Just as NGC may be open to such a recommendation, I want to be open, too. So I’ll end by complimenting NGC because its customer service is excellent and its grading standards different but as consistent as those of PCGS. I may just want to repatriate with that company and so am taking all this too personally. Perhaps my above arguments about NGC are weak. What do you think? Should NGC provide crossover service? Should it maintain its current PCGS-only service?

We’re listening, folks. (Maybe NGC is, too.) Fire away!