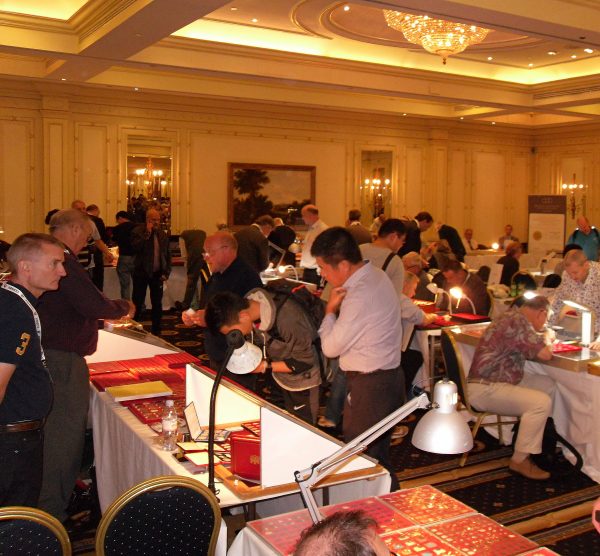 The 38th renewal of the British Numismatic Trade Association’s premier international show, COINEX—a much-anticipated annual numismatic event—took place this last weekend, and it easily lived up to its reputation as one of the more important international numismatic events for both British and foreign dealers. To many, the show was a resounding success, with greater attendance figures and an increased list of dealer-participants as compared to past years. Held on Friday, September 30, and Saturday, October 1, this year’s COINEX was sponsored by St. James’s Auctions, a subsidiary of Knightsbridge Coins, and hosted at one of London’s more popular and exclusive venues: the Millennium Hotel in Grosvenor Square, which welcomed collectors and spectators during the show’s two days and played host to a variety of auctions held before, during, and after the main event.

With more than 80 dealers from the United Kingdom, Europe, and farther afield, the selection of items on offer was as varied as in previous years and included a wide variety of coins, medals, tokens, banknotes, books, and antiquities. In addition to having more European and world dealers than in past shows, COINEX also featured an increased number of American and European dealers, who benefited from the advantageous exchange rate between the dollar and euro resulting from June’s unexpected decision by British voters to leave the European Union.

Friday, the first day of the show, was reserved for early visitors and dealers, who were given the chance to view and buy before the later opening time for the general public. Saturday saw greater numbers in attendance despite the wet and rainy weather. The COINEX dealers had been in town since September 21 for the Dix Noonan Webb auction of coins and historical medals, which concluded the next day. Also on the calendar was the Spink & Son auction of ancient, British, and foreign coins, and, on September 27, the Baldwin’s Auctions sale of world coins, commemoratives, and banknotes.

St. James’s Auctions, sponsors of COINEX, held two important and widely anticipated events; the first, held on the morning of September 29, included British and world coins, medals, and banknotes. The second concluded on the 30th and included choice Islamic and world coins. Many dealers intended to remain in London for additional auctions by Dix Noonan Webb, Baldwin’s, and St. James’s, commencing on October 3–5.

For more information on events associated with the British Numismatic Trade Association, please visit their website.