Readers of Coingrader Capsule know that occasionally we cover online estate auctions, noting peculiarities of grading and bidding on Internet and advocating for clearer photos of obverse and reverse as well as fair policies that include reasonable buyer’s fees and return policies.

One of the top houses perfecting those basics is Western Auction whose owner, Dave Zwonitzer, offers rare silver and gold coins, often holdered by major companies, and charges buyer’s fees as low as 5 percent–among the lowest on Proxibid.

Earlier this year Western Auction featured an exciting catalog that included, among other things, an 1891-CC MS63 NGC $5 Liberty gold piece; an 1860 Charlotte $5 gold coin; and an 1899 MS65 PCGS Morgan dollar, in addition to more than 300 lots of gold, silver and rare copper coins–a consignment easily worth six figures.

More than 100 online bidders eagerly awaited this auction because of the quality and variety of coins and currency. You can view the entire offering by clicking here.

On the day of the auction, bidders checked the online auction only to learn that all lots were deleted. Zwonitzer’s consignment had been stolen.

In addition to being an auctioneer, Zwonitzer, 58, is a representative in the Wyoming House of Representatives. He and his family have been in the auction business since 1979, dealing in household goods, antiques, firearms, real estate and business liquidations. More recently he has established a regular clientele as a coin auctioneer. “We had tried coin auctions on and off,” he says, “but have only been serious for the last 5 or 6 years when Internet allowed us to expand our customer base.” 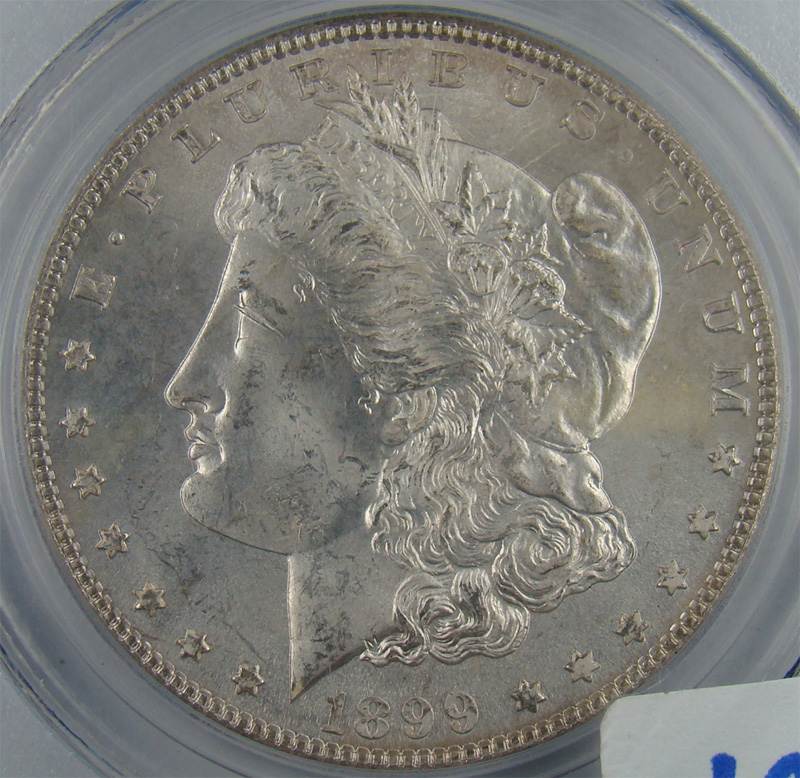 Zwonitzer tells of the coin theft and asks readers for help if they come across any of his coins in their bidding or buying. The thieves may be in the process of selling the coins after a two months’ hiatus.

“The theft occurred in our auction house on February 9, 2011,” Zwonitzer says. “We conduct weekly Tuesday and Thursday auctions, and we believe that someone hid in our furniture store section until after the Tuesday night auction was finished. They took the entire consignment of over 320 coins that were posted on Proxibid.”

Western Auction had insurance, he notes, “but it did not start to cover the total sum.”

Zwonitzer learned about the theft in a 2:30 AM phone call from the police department, informing him that “our door was open at our business. Upon arriving at the store we checked on the coins that were in a location that very few people were aware of and determined they were missing. We further discovered that our security tapes were taken from a distant location in the store.

“They did not take any cash or guns that were readily available.”

Unlike other coin thefts, Western Auction was fortunate that the coins had been photographed on the Proxibid site. “We hope that customers looking for a specific coin from that auction will visit our site and see if it has the same scratches or other identifying marks and can be positively identified.”

Anyone who has information about the stolen coins or the theft should contact Detective Jim Harper of the Cheyenne Police Department (307-637-6510, Case# 11-6189).

Asked about the impact of the theft, Zwonitzer says, “The theft has a large mental toll as you tend to look at everyone in a way you wish that you did not. Given that statement, life goes on and you realize the theft could have been much worse. We have taken many additional steps so this will not occur again, and if it does we have a much better chance of identifying the people involved.”