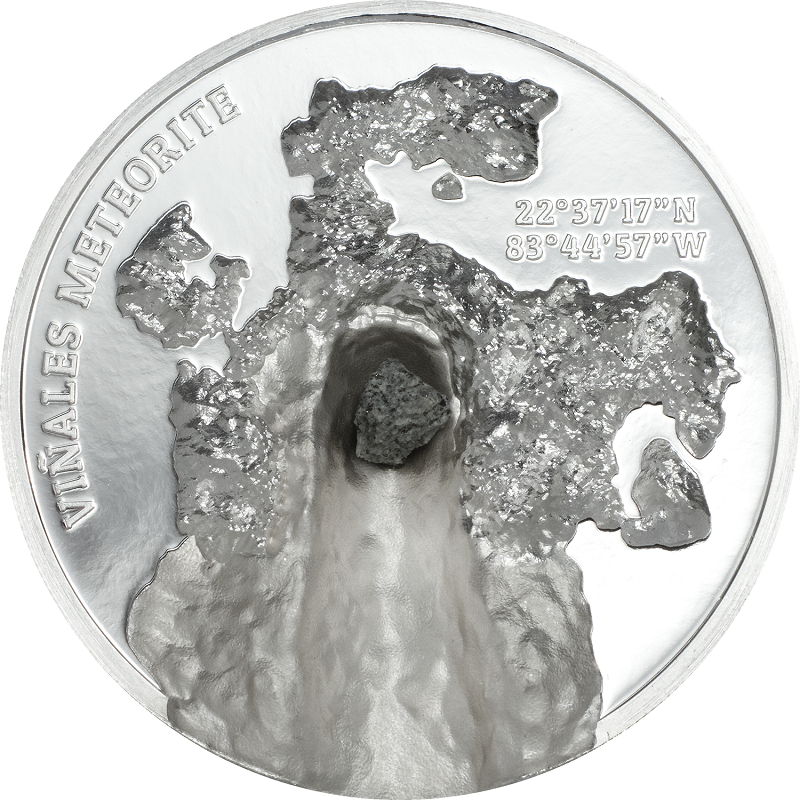 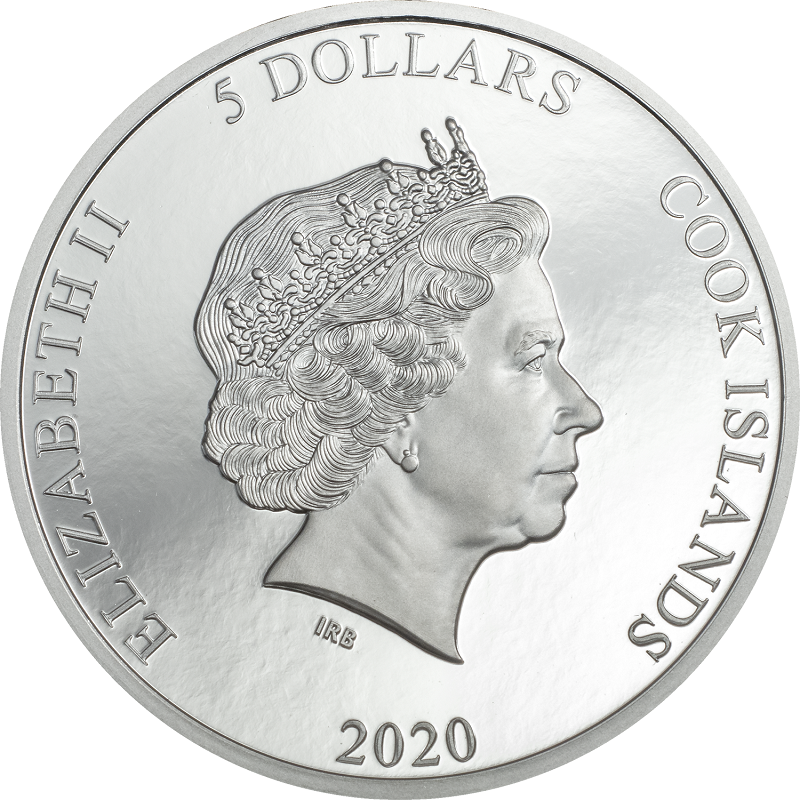 The other side features the portrait of Elizabeth II. Below, is IRB (Ian Rank-Broadley), and around it is the legend ELIZABETH II 5 DOLLARS COOK ISLANDS 2020. 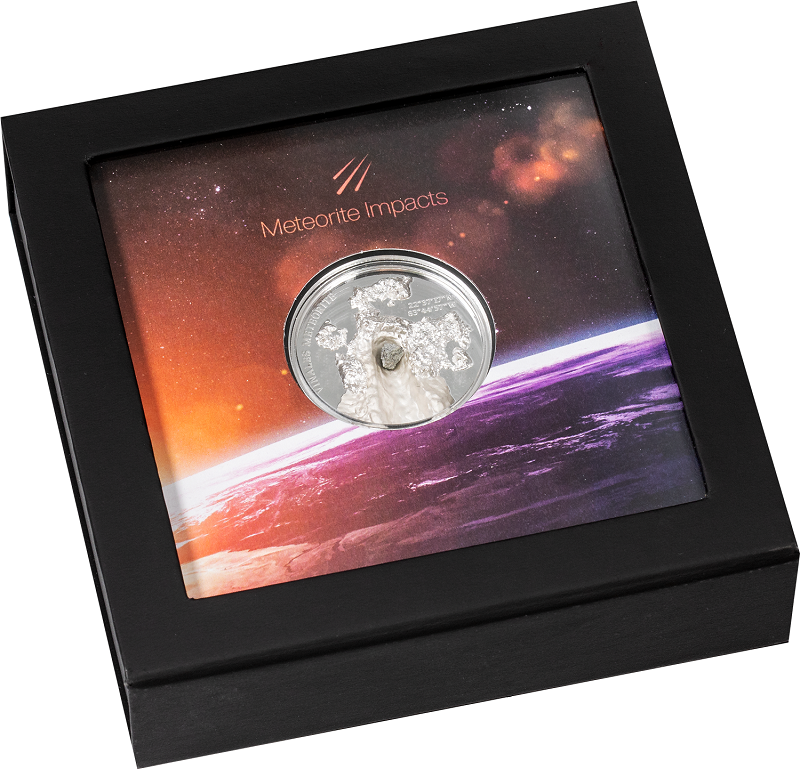 Since 2004, CIT has been using the Meteorite Impacts series to find the best ways possible to integrate a meteorite inlay into a coin’s design by means of the latest technology. Whether it be color application, special shapes of the blank, or an artificial crack — their inlay isn’t the only reason why these coins are technological masterpieces. Issues of this series have already received two awards from international experts. The 16th issue follows this tradition. Thanks to enhanced smartminting technology, this 2020 issue has an ultra-high relief like no other had before: The designers created a three-dimensional reconstruction of the meteorite impact on the coin.

This issue is dedicated to the meteorite fall at Viñales in Cuba, the world’s most recent event of this kind. It occurred on February 1st, 2019. The media all around the world reported that the about 27,000 inhabitants of the tourist town saw a miles-long trail of smoke long before the impact of the meteorite startled them. When it became known what had happened, they set out on a meteor hunt, which the government ended by spreading the news that it was dangerous to collect the rocks that had fallen from the sky because they were radioactive.

Of course, that was not true. Quite the opposite: It is rather likely that the joy of holding such an impressive piece of contemporary astronomical history in one’s hands has a positive impact on your health.