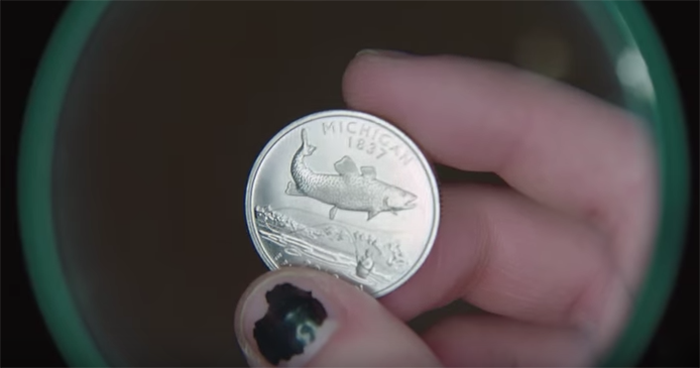 On January 6, a handful of teens will discover the value of error coins in Coin Heist, a Netflix original movie. In it, the foursome (described as “the hacker, the slacker, the athlete, and the perfect student”) attempt a scheme involving extremely rare error coins.

Here’s the backstory: During a class tour of the U.S. Mint, the headmaster of their prestigious private school is arrested for embezzlement, which, as it turns out, has left the school in dire financial straits. His son, a student at the school, joins forces with three classmates in a desperate attempt to restore the money. Recalling something they learned on their tour of the Mint, they come up with a plan: break into the Mint, strike a few error coins, and sell them for big bucks. (Scroll down for the official trailer.)


Of course, a few concerns about the subject matter do come to mind. How will the writers handle the moral ambiguity? On the one hand, the characters are not out to bilk actual money from the actual public, and the premise is the tried-and-true formula of “crime, but for a good cause!” Even so, the idea of teens resorting to crime to solve a problem won’t sit well with everyone. And in the present numismatic landscape, where counterfeit U.S. coins are a very real problem, calling attention to the means of making fake coins isn’t without its issues.

And of course, there’s an aesthetic concern: the movie is a chance for the public to get a glimpse of the workings of the Mint, but how accurate will that glimpse be? In the trailer, the character Jason mentions breaking in and “printing” a few coins—is that just his own lack of knowledge, or will this be the numismatic equivalent of a cowboy movie with the soundtrack of the horses’ hoofbeats out of sync?

We’re pulling for the former. Coin Heist is based on a young-adult novel of the same name, written by Elisa Ludwig. Her bio on the book’s webpage says, “She lives in Philadelphia with her husband and son, and though she cased the Mint while researching this book, she’s never tried to rob it.” So someone, at some point, has paid actual attention to how the Mint works.

The movie stars Sasha Pieterse as Dakota (the perfect student), Alex Saxon as Jason (the slacker), Alexis G. Zall as Alice (the hacker), and Jay Walker as Benny (the athlete). Here’s hoping that, at the very least, their story sparks a bit of numismatic curiosity among its viewers.  ❑