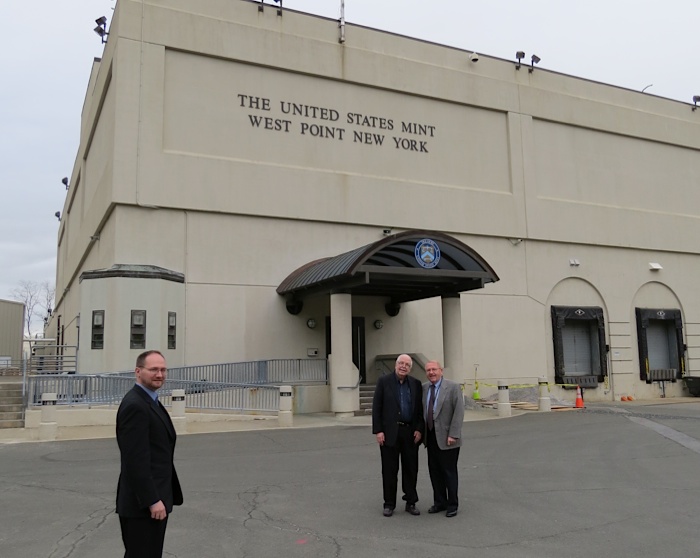 (Atlanta, Georgia) — Whitman Publishing is releasing a new volume in the popular Bowers Series of numismatic references. The 320-page Guide Book of Modern United States Dollar Coins will be available July 26, 2016, and will officially debut with a book-signing by author Q. David Bowers at the World’s Fair of Money, August 10, 2016, in Anaheim, California. It will retail for $19.95.

Modern U.S. dollar coins—those dating from the 1970s to today—are popular with collectors, even though they don’t share the sepia-toned romance of older silver dollars. They’re not worn from being slid down countless bars in Wild West saloons; we don’t imagine them being paid out of Las Vegas slot machines in streams of clinking silver. None of them have attained the legendary status of the 1804 dollar, or entered the popular imagination like the coin supposedly thrown across the Potomac River by a young George Washington. (Never mind that the first U.S. silver dollars were minted when Washington was in his 60s.) Even so, coin collectors love modern dollars. Many American have seen them, even the older Eisenhower types, at one point or another; specialists study their varieties; and the U.S. Mint continues to produce them by the millions, in innovative formats and with fascinating new themes and designs. 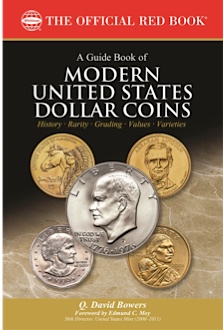 By 2016 Whitman Publishing’s Bowers Series had covered the most popularly collected earlier dollar types (in the Guide Book of Peace Dollars, the Guide Book of Morgan Silver Dollars, and the Guide Book of Liberty Seated Silver Coins). But nowhere in the hobby’s literature was there a single book-length history and coin-by-coin study of Eisenhower, Anthony, Sacagawea, Native American, and Presidential dollars. The Guide Book of Modern United States Dollar Coins, volume no. 22 in the Bowers Series, remedies that situation. The new volume is a natural addition to the lineup. Every day at Whitman we’re taking the pulse of the hobby community. From conversations with coin collectors, dealers, Mint officials, and others, and from our sales of folders, albums, and related products, we know that interest in modern dollar coins is strong. Eisenhower dollars have a numismatic society, the Ike Group, devoted to them. Collectors (some with profit in mind) carefully select the highest-graded coins in the series, take the time to build well-matched and visually appealing sets, compete in registries, research the history of the coins, and study interesting die varieties. Susan B. Anthony dollars make up a shorter series but they have their enthusiasts, as well. And the golden dollars of 2000 to date traverse a rich landscape of Native American and presidential themes, giving collectors much to think and talk about. 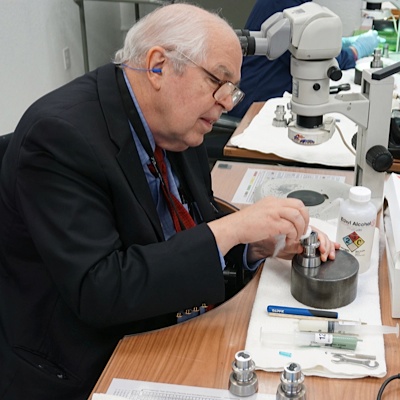 The Bowers Series is named for Whitman Publishing’s numismatic director, Q. David Bowers, a legend in the hobby. Not every volume in the collection is written by Dave Bowers himself (Roger W. Burdette created the work on Peace dollars, for example), but he was a natural choice for this particular subject. The author of several best-selling books on silver dollars, as well as numerous books and countless articles and columns on other coin series, Dave stays up to date on all modern coinage, including dollars. His contacts within the hobby community give him access to market insight and analysis from specialists. Over the past several years Dave and I have visited each of the U.S. Mint’s currently operating facilities (Philadelphia, Denver, San Francisco, and West Point, as well as headquarters in Washington, D.C.). We have interviewed Mint officers, technicians, engineers, assayers, coin designers, manufacturing specialists, and others who work with our nation’s coinage on a daily basis. By observing firsthand every aspect of production, and taking copious notes, Dave has gathered unique knowledge of the dollar coins being made today. This information is priceless not only for active coin collectors, but also for the sake of American history in general. Dave Bowers tells the story of the coins of the United States, and the coins tell the story of the nation.

To this cutting-edge modern-day research, which is ongoing as you read these words, Dave adds his photographic memory of 60-plus years as a coin dealer, collector, and researcher. He was famous as a numismatist well before the first modern U.S. dollars were minted in 1971, and he has personally known most of the designers, engravers, Mint directors, and others involved in the creation, production, and distribution of these coins.

I have written elsewhere on the subject of how Q. David Bowers manages to be so prolific as an author, in breadth and depth, across so many numismatic subjects. In the preface to the Guide Book of Hard Times Tokens I mentioned a few factors: his disciplined approach to writing, his insatiable curiosity, his ability to make creative mental connections, his deep network of colleagues, and his years of active experience. All of these factors were in play as Dave created the Guide Book of Modern United States Dollar Coins. The result is a valuable reference guide that will benefit every coin collector. 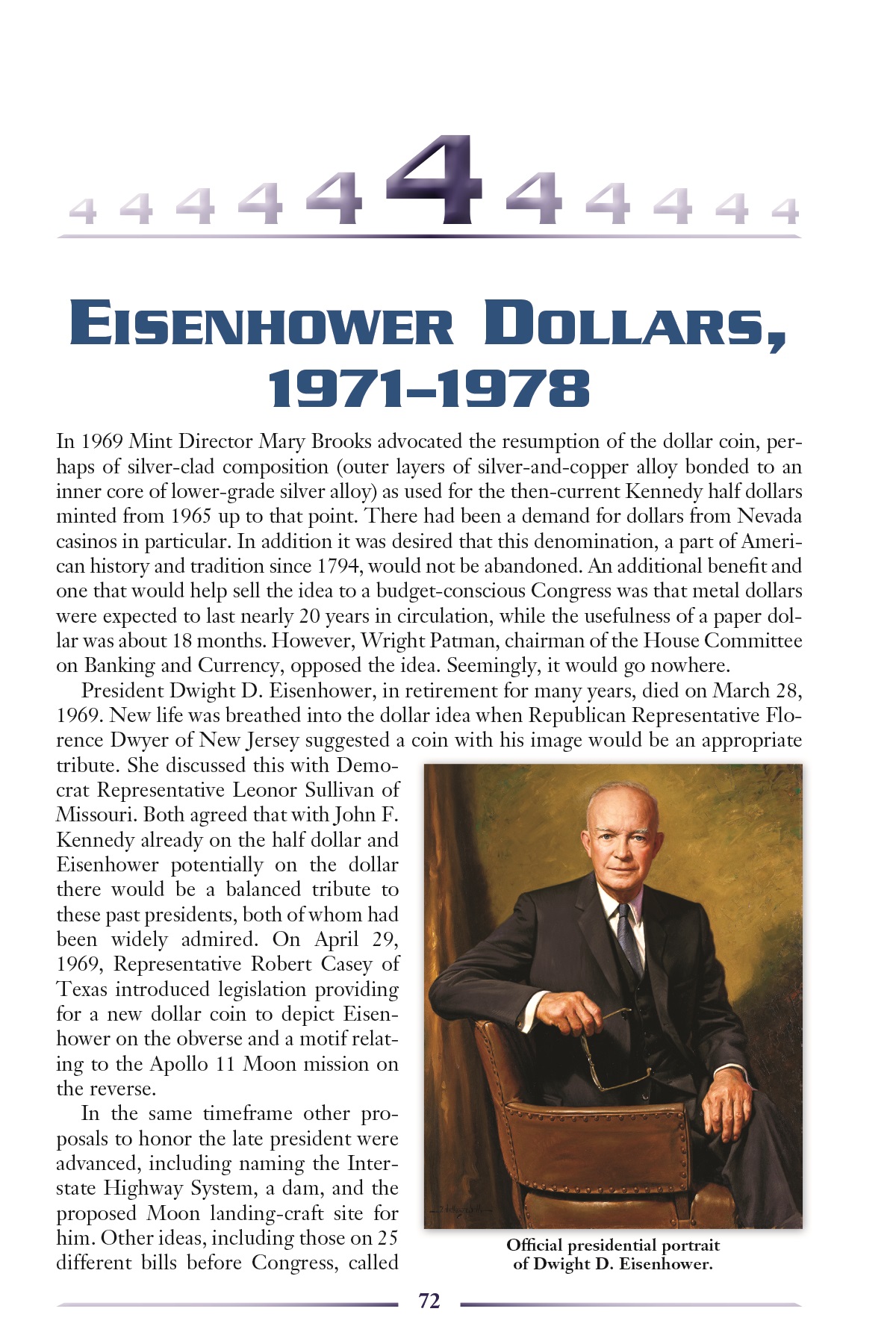 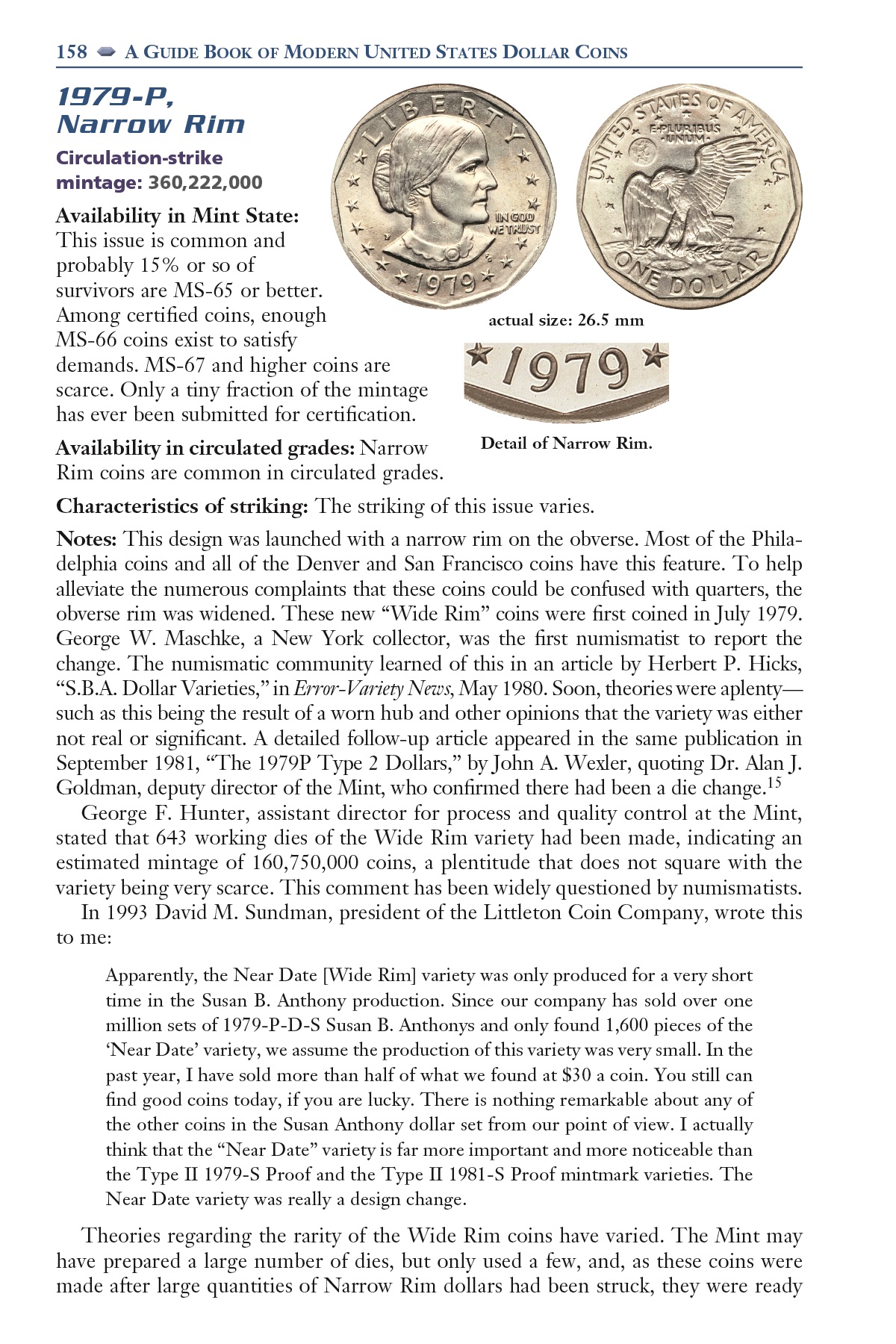 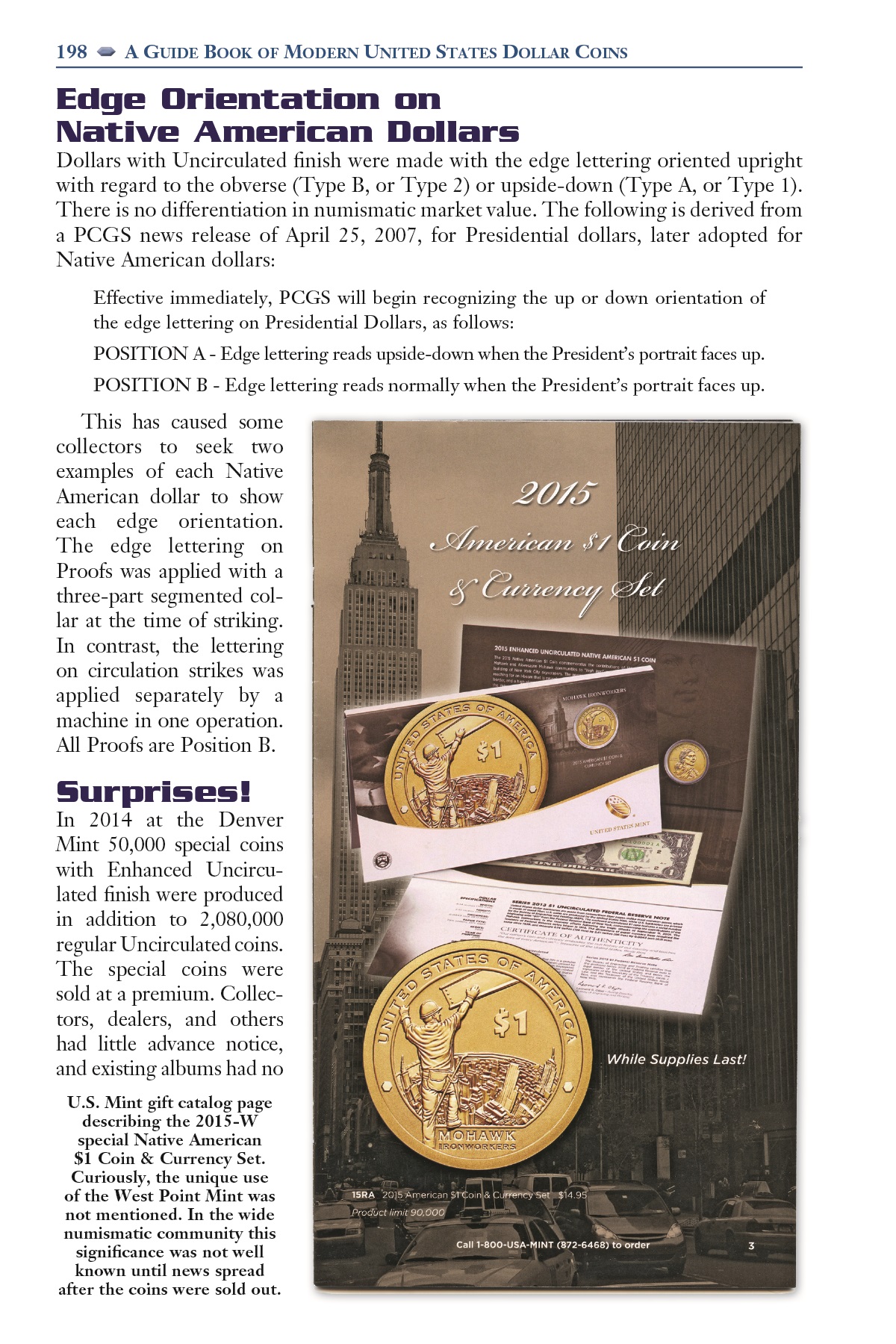 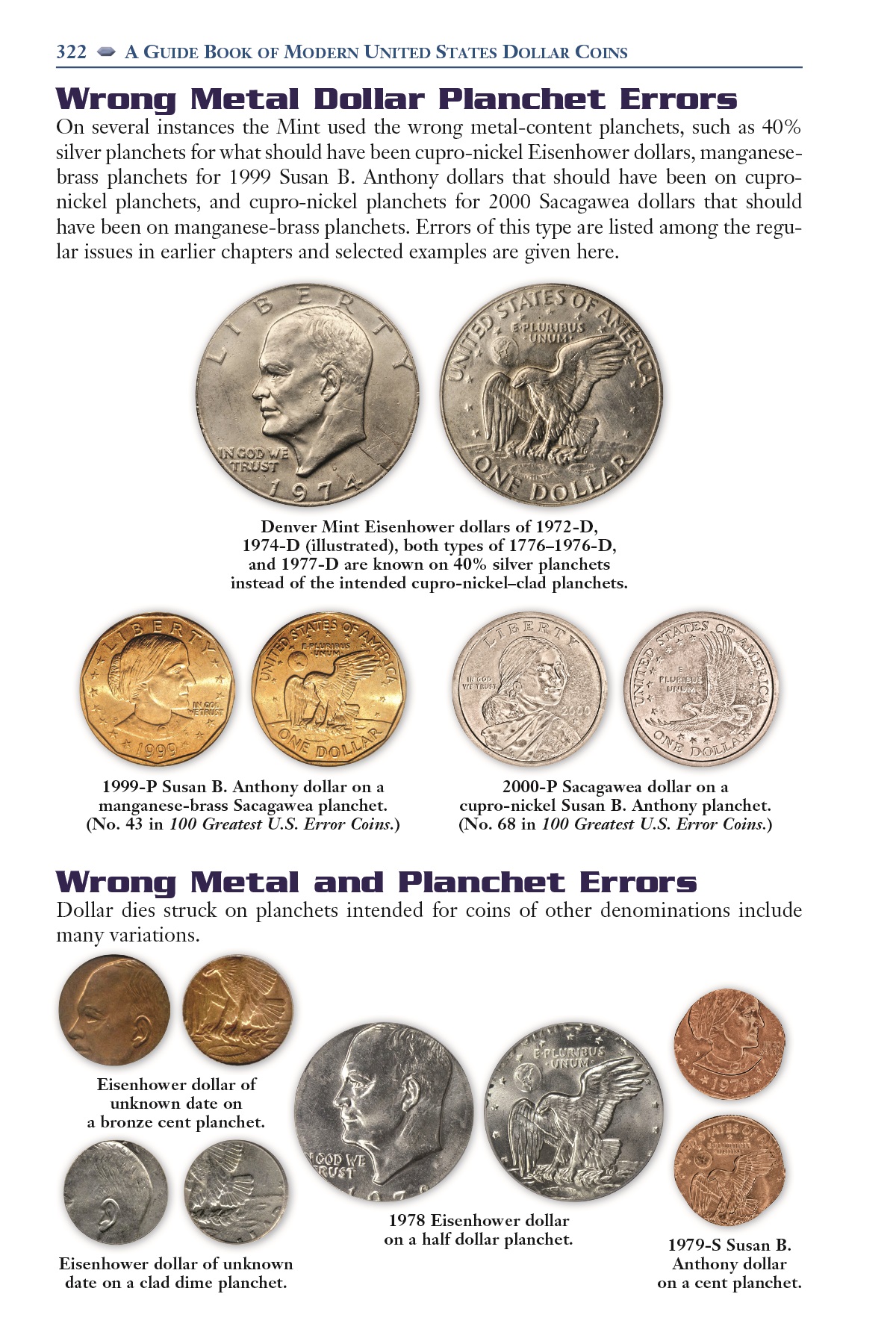