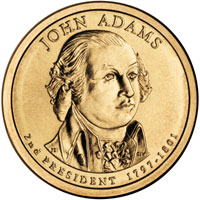 I was discussing coins with some co-workers recently, when one of them mentioned that his mother-in-law had created an Advent calendar for his son using coins, notes, and interesting tokens. He told me his son was keeping very good notes as to what items were in each day’s gift, so I asked him to send me the notes. Here is a list of the items that were in the calendar, by day:

I would have loved to have such a present when I was a child. I believe I will create one for my daughter next year: her interest in coins leads me to believe she would enjoy it a lot.