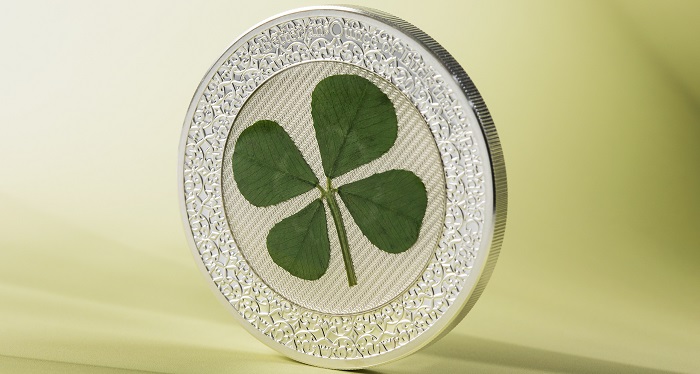 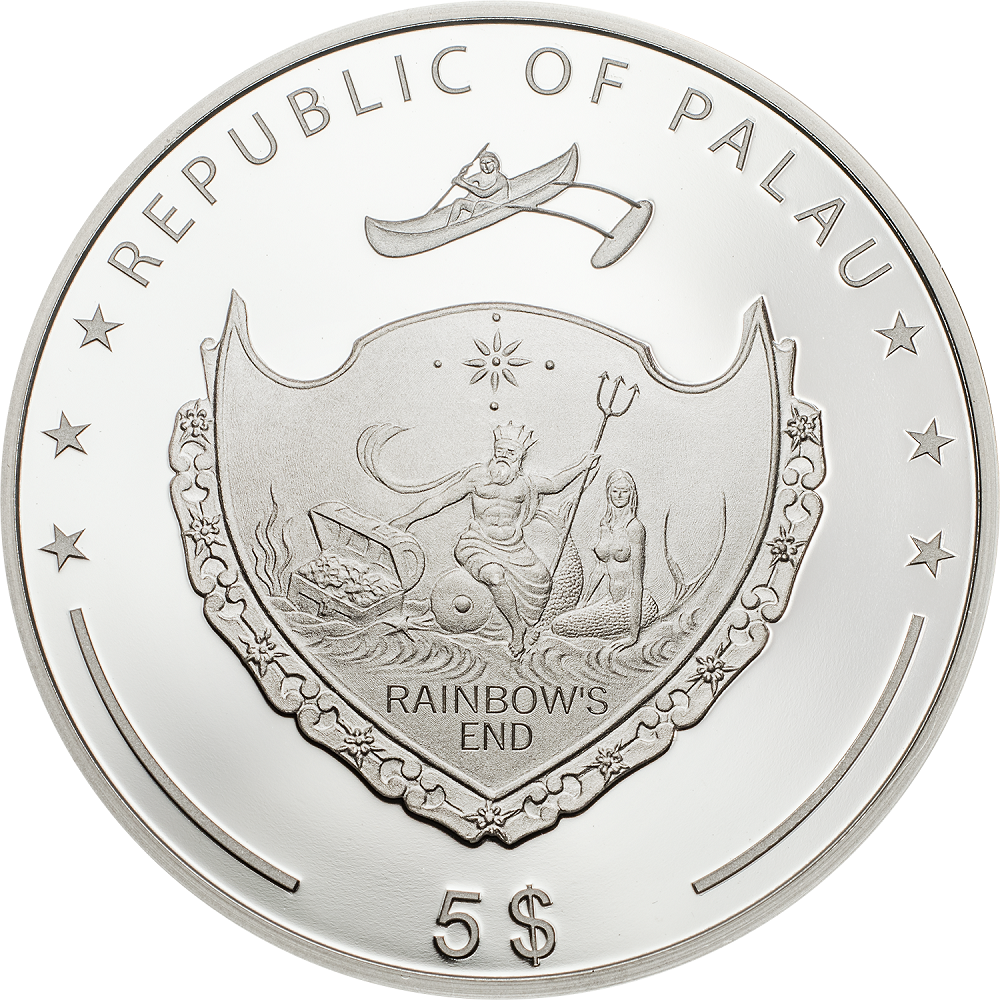 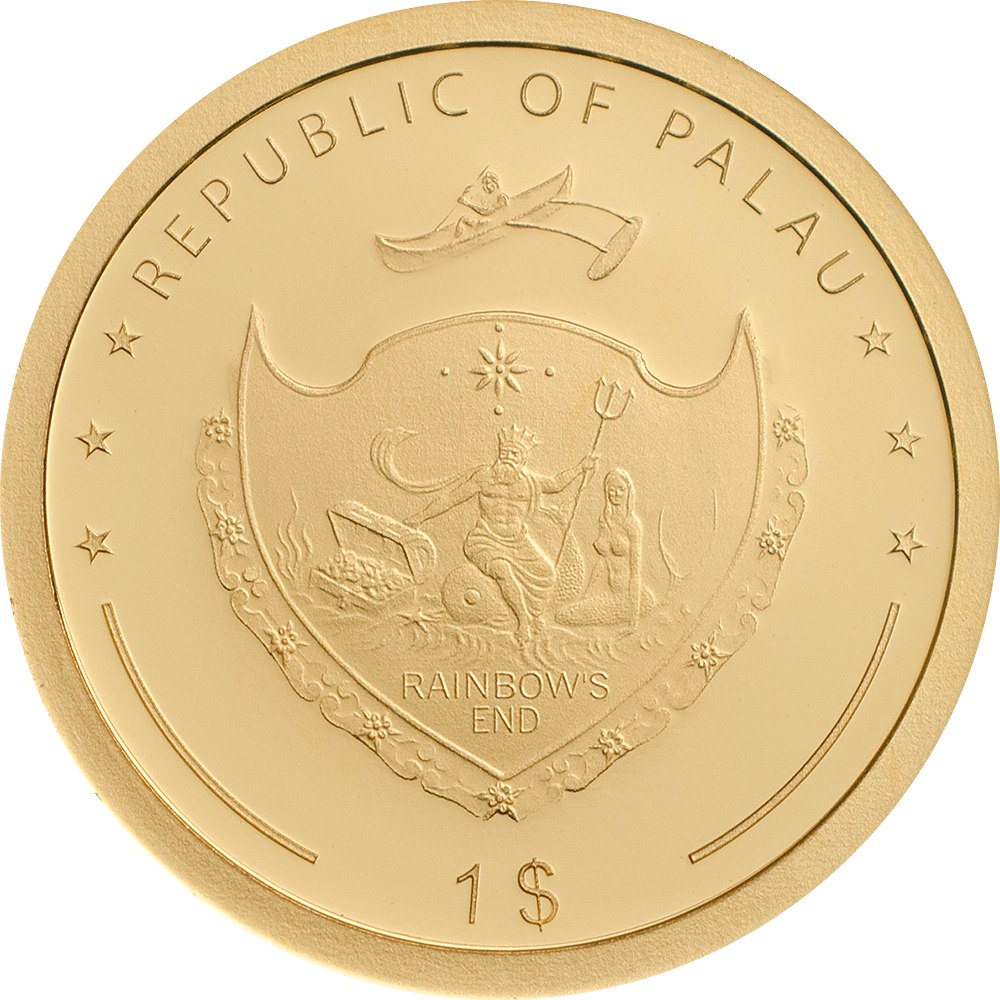 The obverse depicts the coat of arms of Palau, including the inscription REPUBLIC OF PALAU, or denomination of 5 $ or 1 $, respectively. 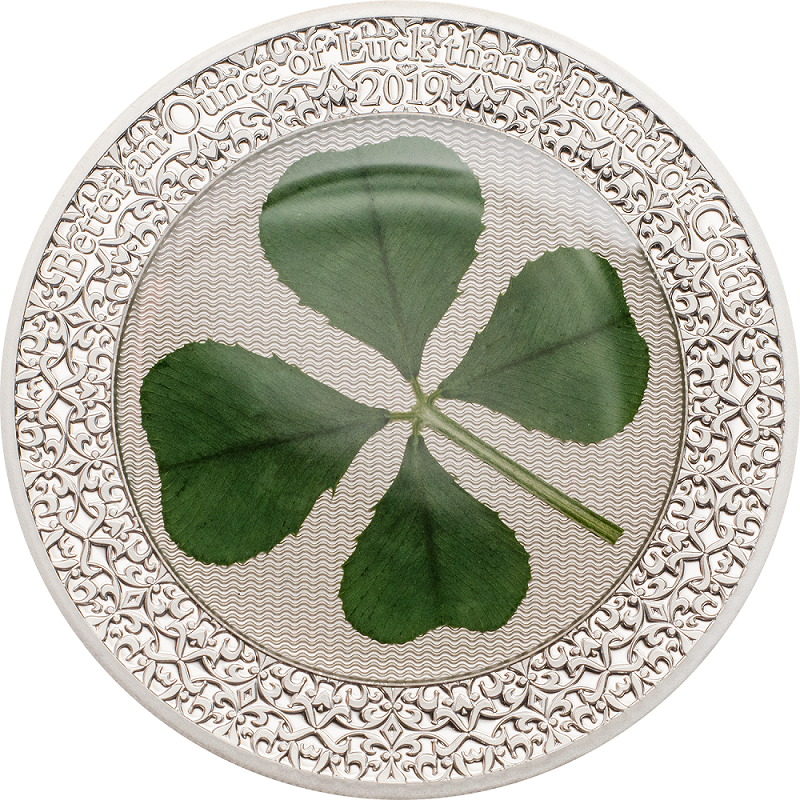 The reverse of the silver coin features a real four-leaf clover on a surface made up of fine wavy lines. The piece is bordered by a wide rim decorated beautifully with fine embellishments including the saying Better an Ounce of Luck than a Pound of Gold. 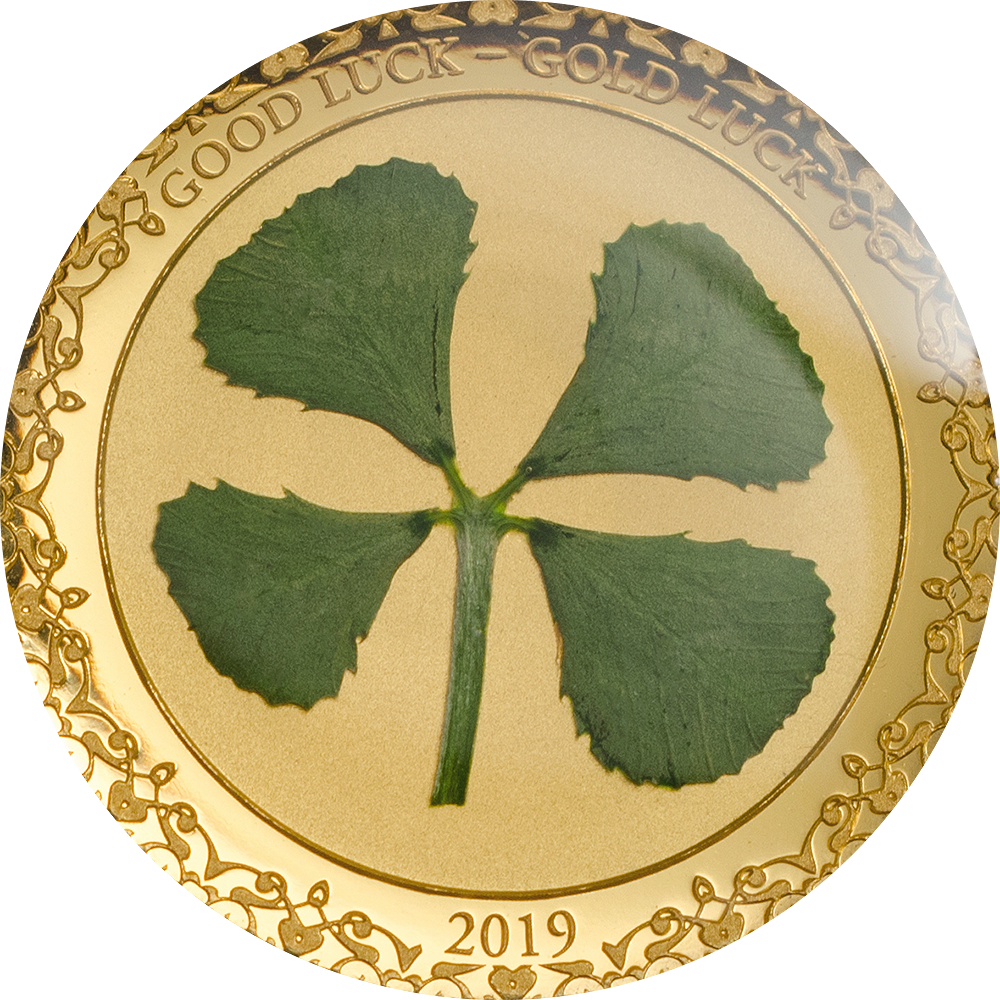 The gold coin presents the real four-leaf clover on a smooth surface. The rim is embellished less elaborately. Here it says, GOOD LUCK – GOLD LUCK and the year 2019.

The 2019 Ounce of Luck coin continues CIT Coin Invest AG’s popular series that can be given to loved ones to wish them good fortune. The silver version, which combines a real four-leaf clover and the saying “Better an Ounce of Luck than a Pound of Gold,” has been issued since 2010.

The 2019 Ounce of Luck is different from previous issues, especially in terms of the much more elaborate design of the clover’s background. The embellishments on the rim appear almost lush in comparison.

The small gold coin “Four-leaf Clover” is only the fifth version issued since 2010. The first emission was still sold without a year of issue. The series was then continued in 2016, 2017, and 2018.


The 2019 version also distinguishes itself from its precursors in terms of its very elaborately embellished rim.