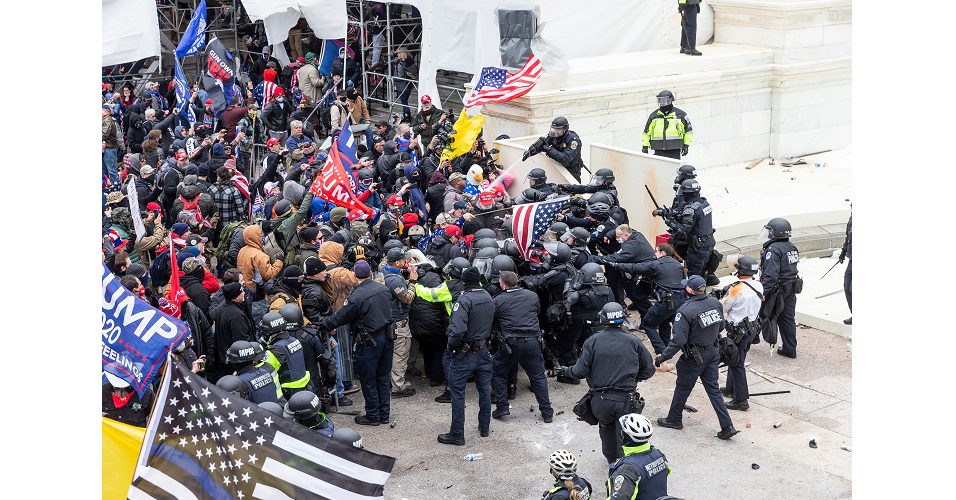 Editor’s note: This article was edited on June 21, 2022, to include images of the CCAC’s recommended designs for the Congressional Gold Medal.

After the January 6, 2021, insurrectionist attack on the U.S. Capitol building and congressional office buildings, the 117th Congress passed Public Law 117-32, for distribution of “four gold medals of appropriate design to the United States Capitol Police and those who protected the U.S. Capitol.” The law, which also authorized the production of duplicate bronze medals for sale to the public, was approved on August 5, 2021.

To develop a portfolio of potential designs for the medal, the U.S. Mint’s Office of Design Management worked with the Speaker of the House of Representatives and liaisons of the U.S. Capitol Police and the Metropolitan Police Department of the District of Columbia. 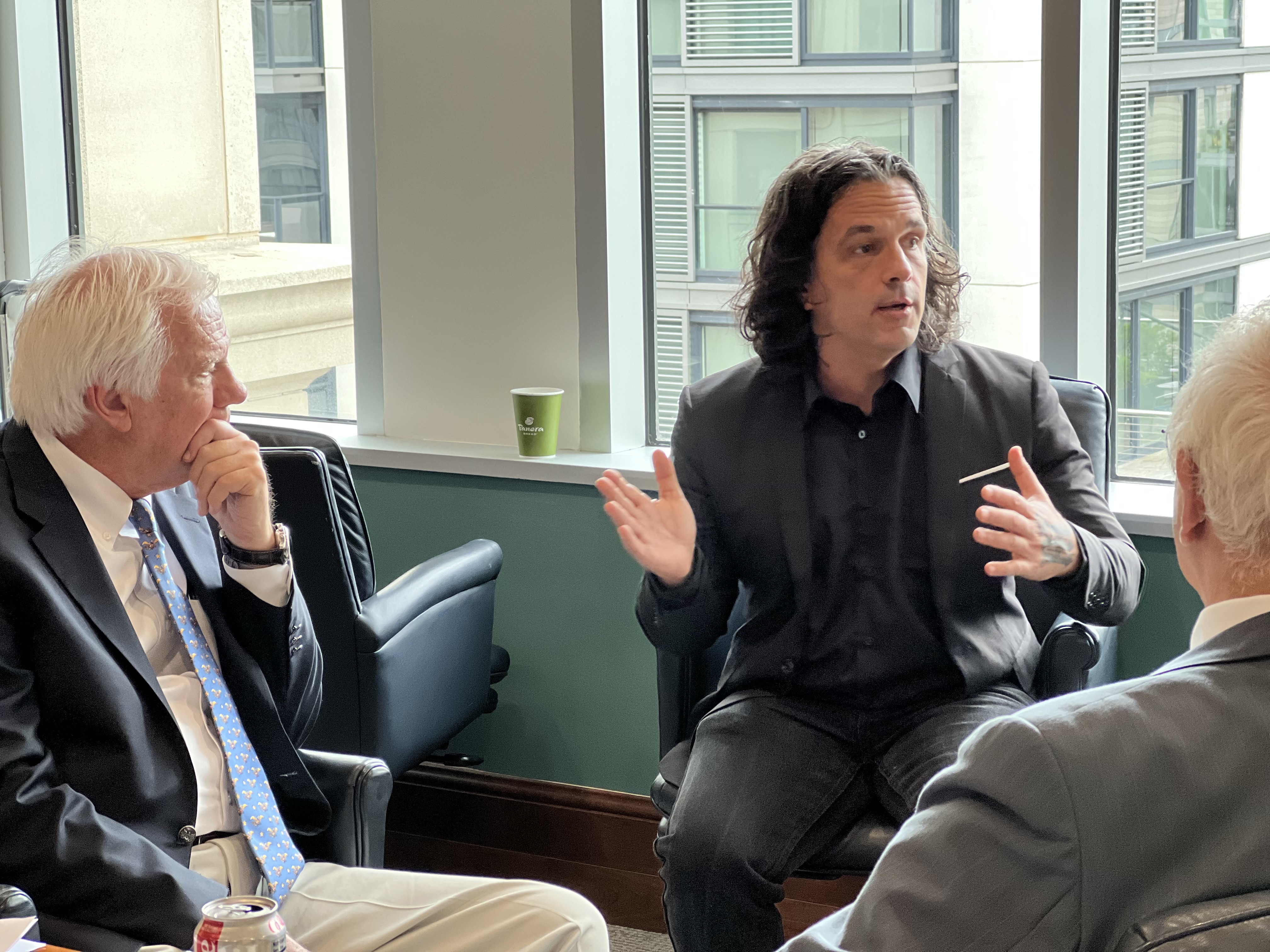 “The Medallic Artists of the Mint were asked to develop obverse and reverse designs honoring the service and sacrifice of those who protected the U.S. Capitol on January 6,” the Mint noted in its program narrative. “These concepts, identified by the program liaison, represent some of the core characteristics of the U.S. Capitol and D.C. Metropolitan Police Officers and civilians who went above and beyond the call of duty to uphold and protect our democratic process.”

On June 14, 2022, the Citizens Coinage Advisory Committee met to review and discuss the medal portfolio. Its goal: To advise Treasury Secretary Janet Yellen with recommended designs.

Before its discussion, the CCAC received a presentation by Lieutenant Michael Weight of the U.S. Capitol Police, who was the primary liaison to the Mint in the medal’s design process. Weight spoke of his own experience leading up to and including the day of the Capitol attack, and the service of those who protected the Capitol and the people inside it. 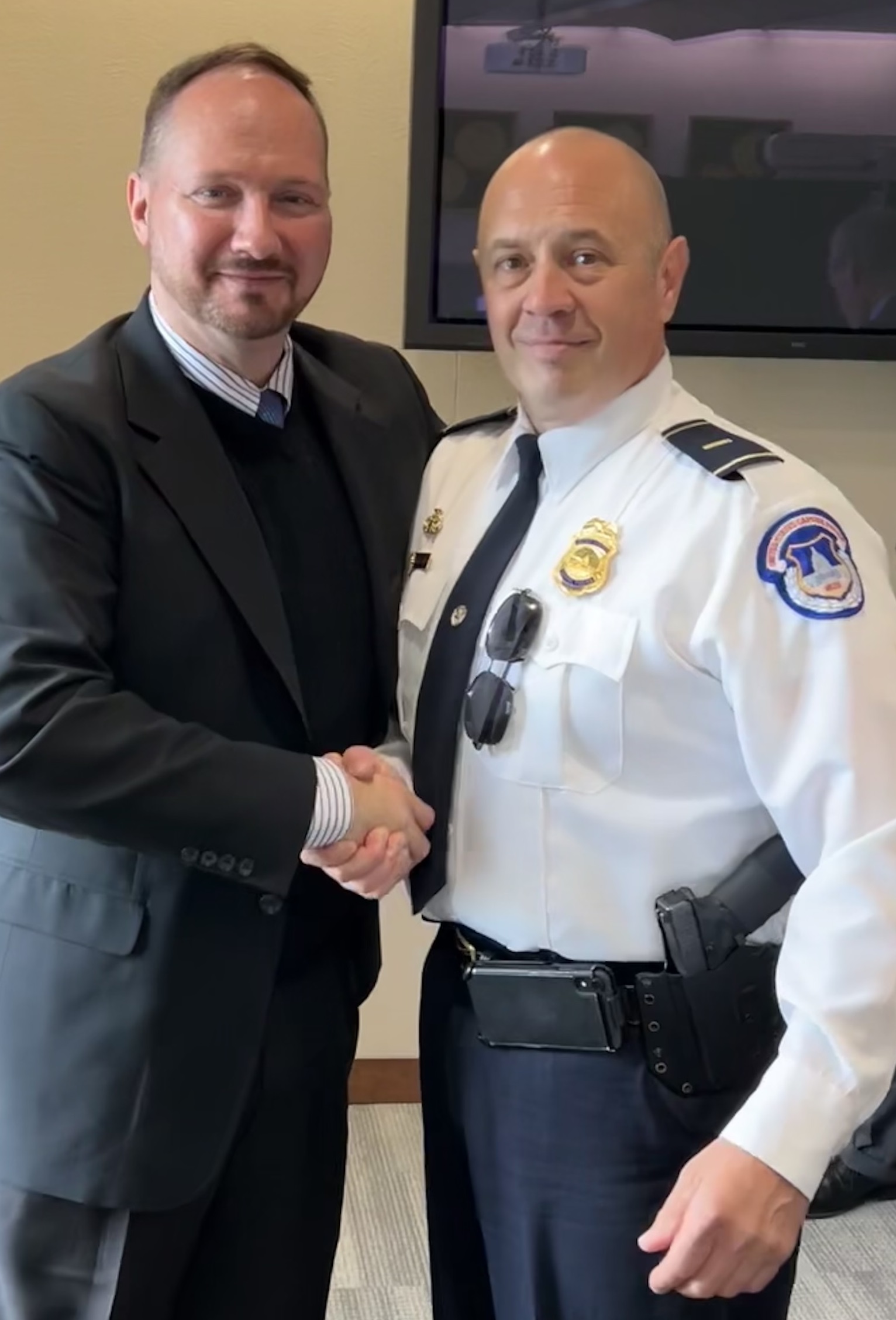 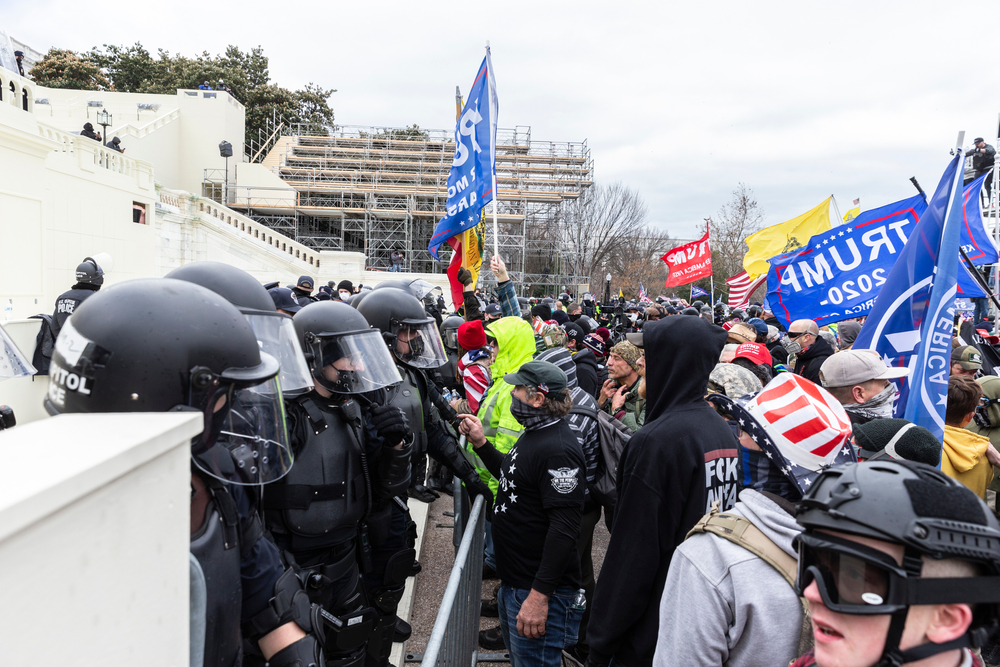 Police line up against protestors at the U.S. Capitol, January 6, 2021. (Photo courtesy of Lev Radin, Shutterstock.)

Heroes called out as exemplifying “the patriotism and the commitment . . . to risk their lives in service of our country” included Capitol Police officers Brian Sicknick, Howard Liebengood, William “Billy” Evans, and Eugene Goodman, and Metropolitan Police Department officer Jeffrey Smith. They represent the more than 140 law-enforcement officers who suffered physical injuries, including 15 who were hospitalized, and those who died. 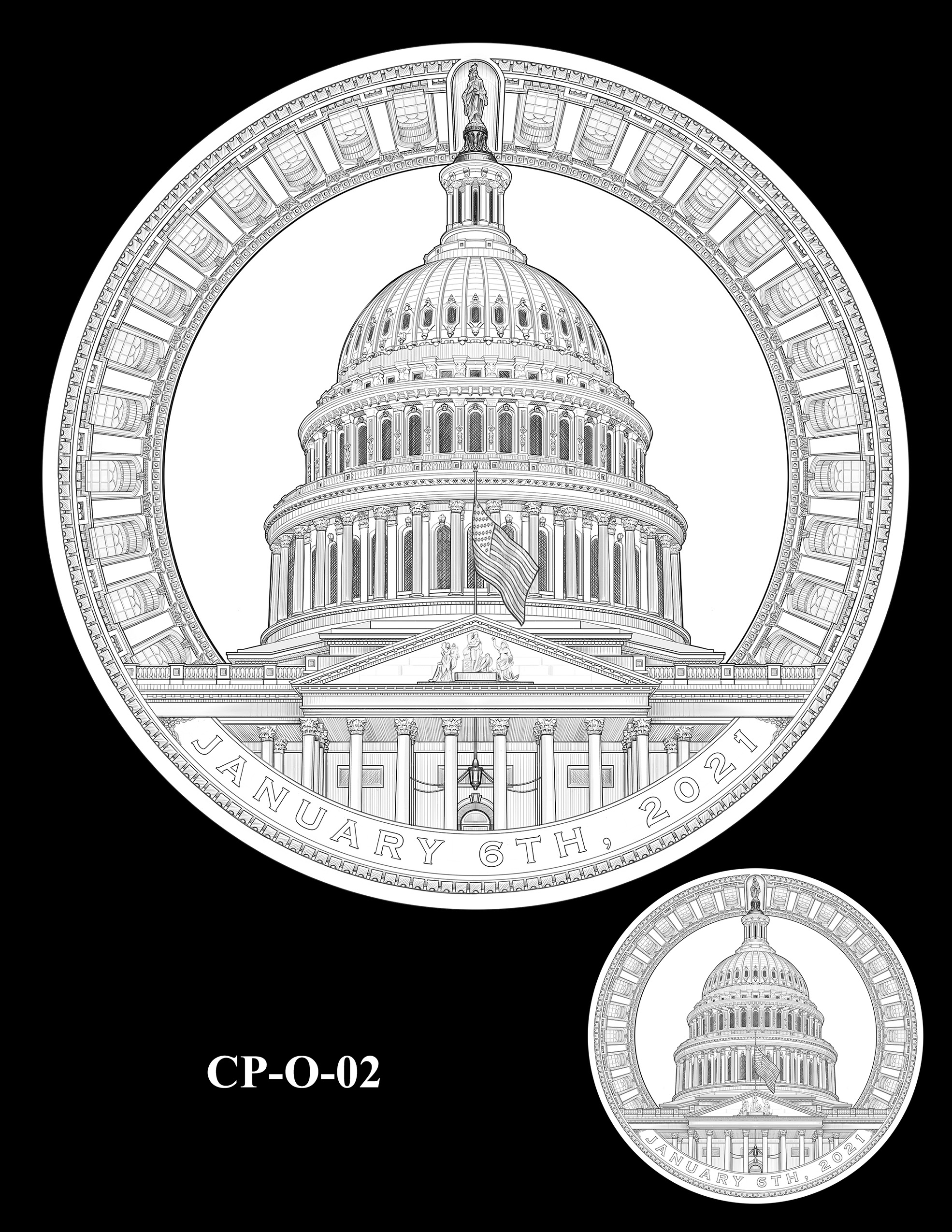 CP-O-02 — Congressional Gold Medal for Those Who Protected the U.S. Capitol on January 6th 2021. Hover to zoom. 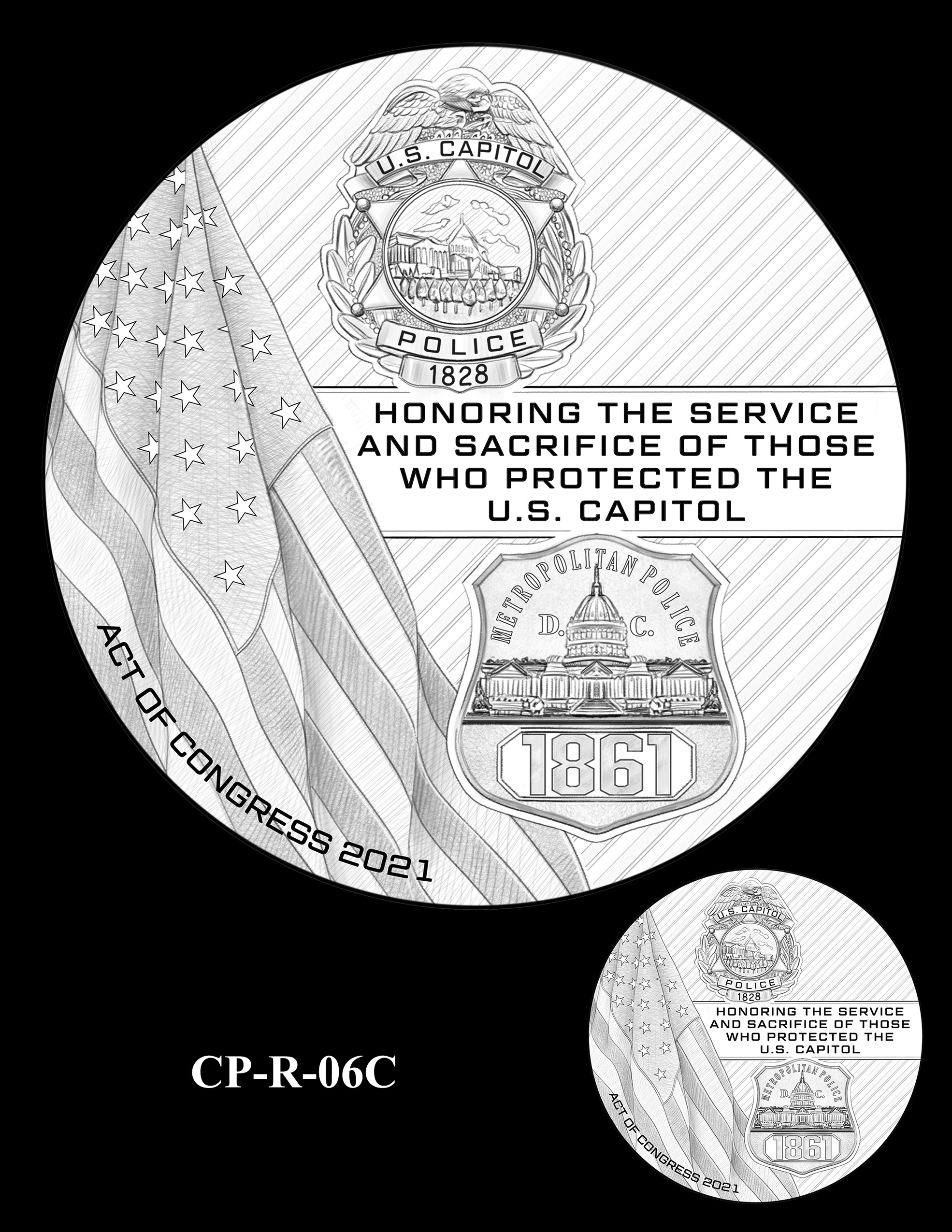 CP-R-06C — Congressional Gold Medal for Those Who Protected the U.S. Capitol on January 6th 2021.

The CCAC unanimously endorsed the designs identified by Lieutenant Weight as being the preferences of the Capitol Police and the Metropolitan Police: Obverse 2 and Reverse 6C. 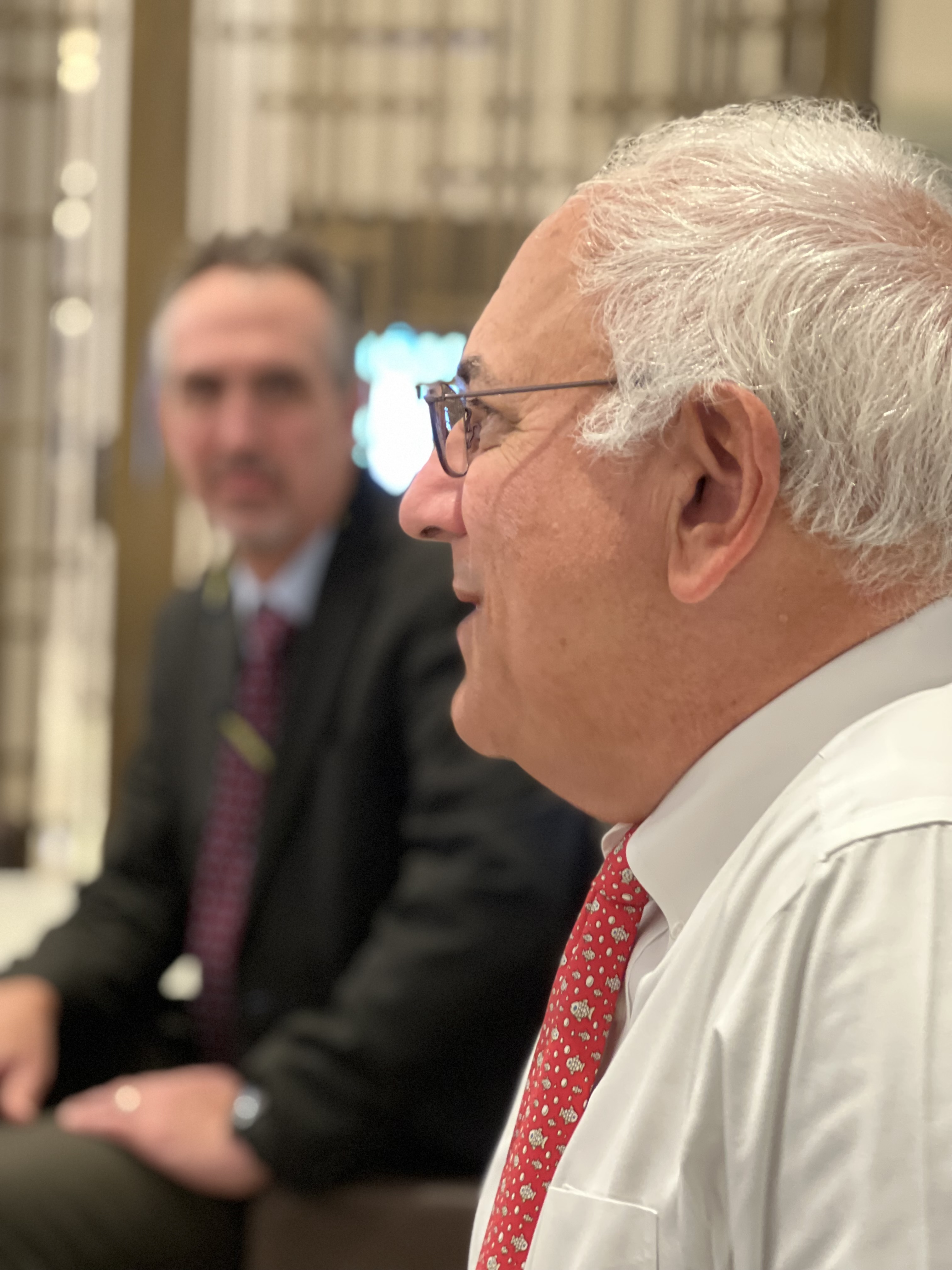 These designs include a stunning view of the U.S. Capitol Building with a flag at half-staff, surrounded by a border of the windows of the Capitol Rotunda, and, on the reverse, the American flag and the service badges of the USCP and the MPDC. The inscription is “Honoring the Service and Sacrifice of Those Who Protected the U.S. Capitol.”

Next Steps for the Congressional Gold Medal

The CCAC is a public committee created by Congress in 2003 to advise the Secretary of the Treasury on matters relating to U.S. coins and national medals, which include Congressional Gold Medals. The U.S. Commission of Fine Arts since 1921 has also advised the federal government on coin and medal designs.

The CCAC and the CFA will each give their formal recommendations to Treasury Secretary Janet Yellen. She will then make the final decisions on the designs of the Congressional Gold Medal.

“It is the sense of the Congress that the United States Mint should expedite production of the gold medals and duplicate medals under this Act,” the legislation notes, “so that the sacrifices of fallen officers and their families, and the contributions of other law enforcement agencies who answered the call of duty on January 6, 2021, can be recognized and honored in a timely manner.” 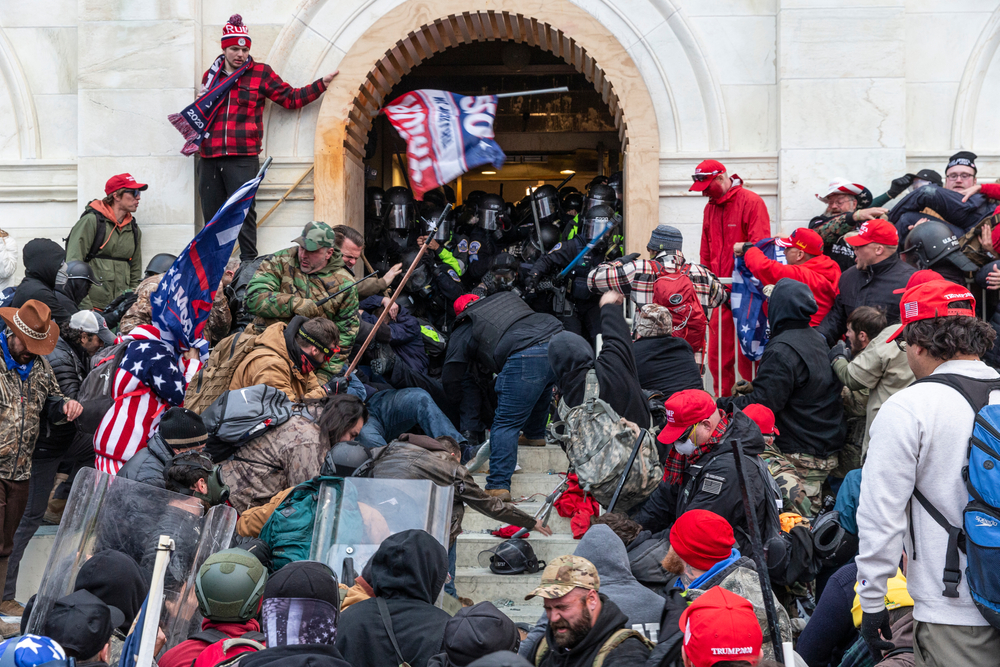 At the Philadelphia Mint, the chosen designs will be professionally sculpted by one or more engravers on the Mint staff. Dies will be produced for striking the gold and bronze versions (the latter of which will likely be offered in three-inch and one-and-a-half-inch sizes.) 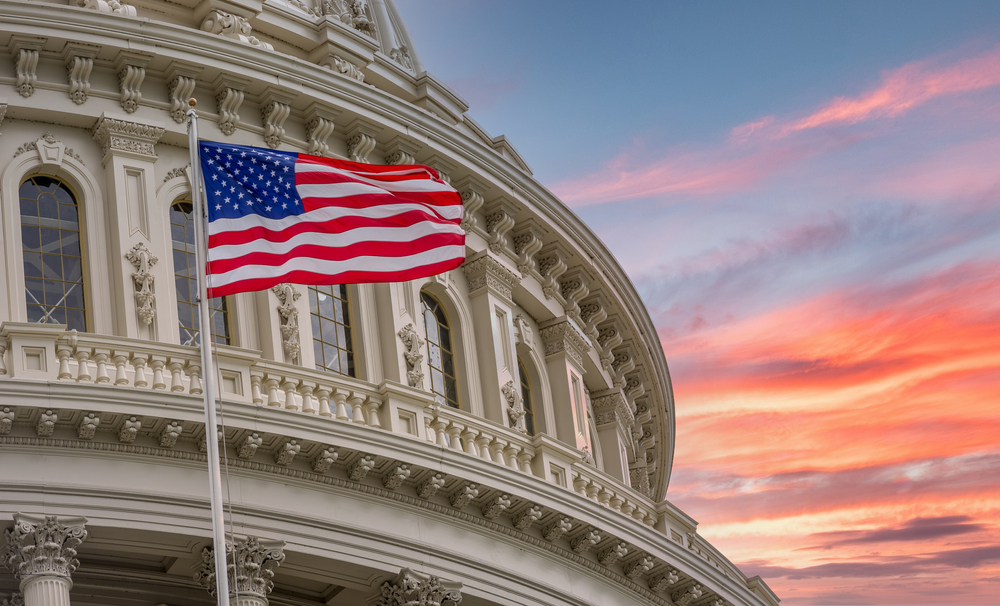 A view of the U.S. Capitol Rotunda Dome. (Courtesy of Tokar, Shutterstock.)

The Speaker of the House and the President pro tempore of the Senate will make arrangements for the presentation of the four gold medals on behalf of Congress.

In addition to reviewing coin and medal design portfolios in its June 14 meeting, the CCAC agenda also included public recognition of two retired committee members (Thomas Uram and Jeanne Stevens-Sollman); presentation of four new program recommendations; and discussion of coin and medal ideas suggested by members of the public. The Committee’s next public meeting is scheduled for September 2022.