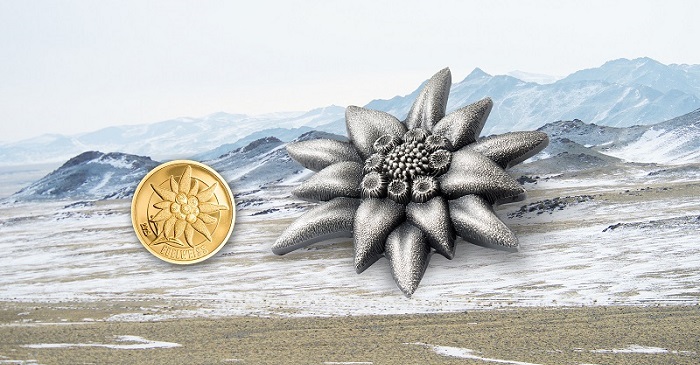 Description of the Silver Coin

The blank is minted in the shape of an edelweiss. 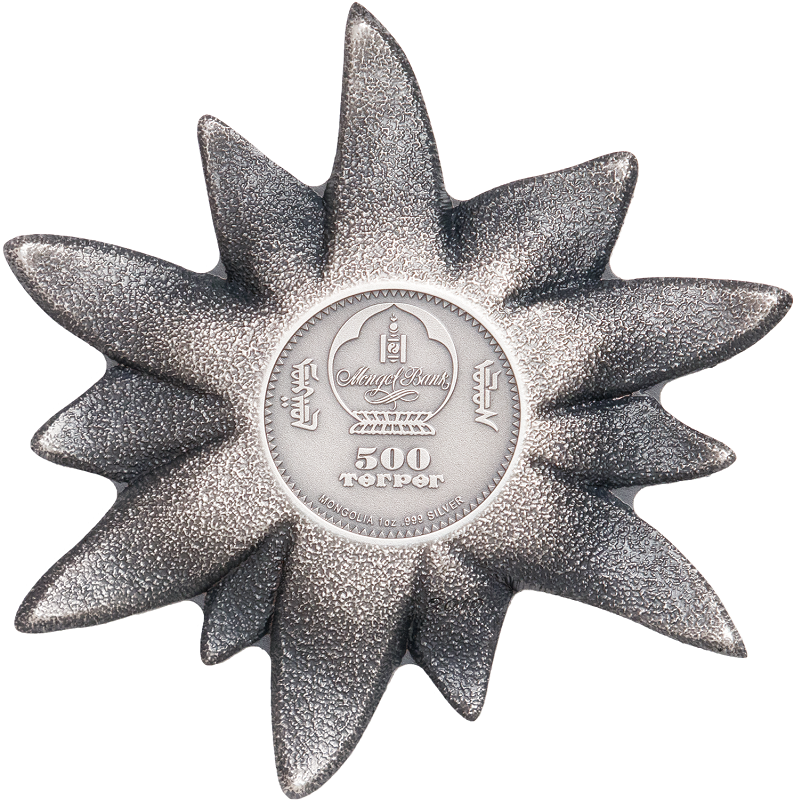 The obverse features the coat of arms of the Bank of Mongolia, below in Cyrillic script is 500 Togrog, and in the exergue in Latin script is MONGOLIA 1 oz .999 SILVER. 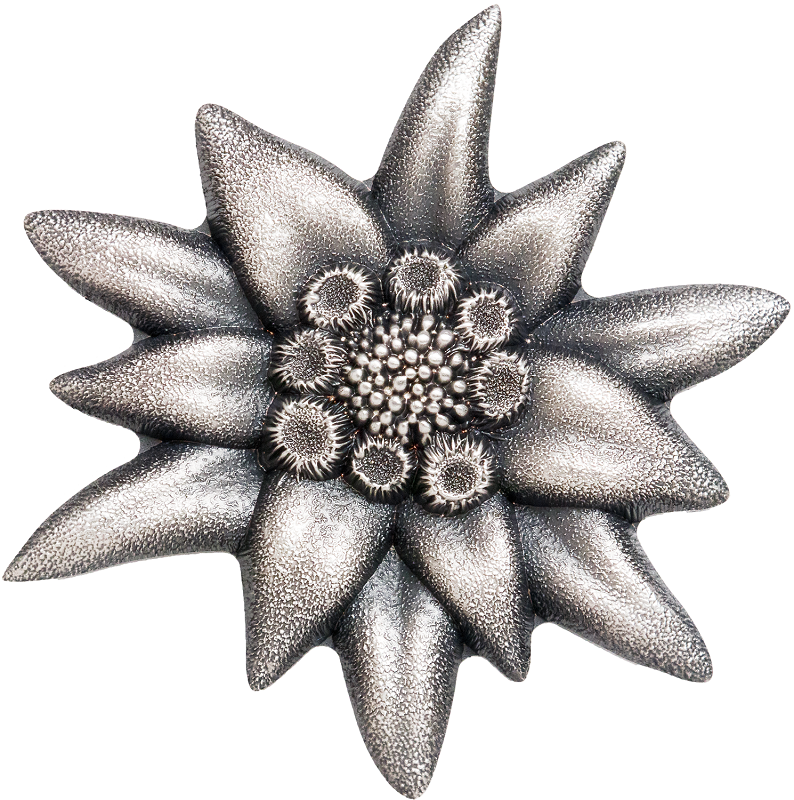 The reverse is a detailed depiction of an edelweiss.

Description of the Gold Coin 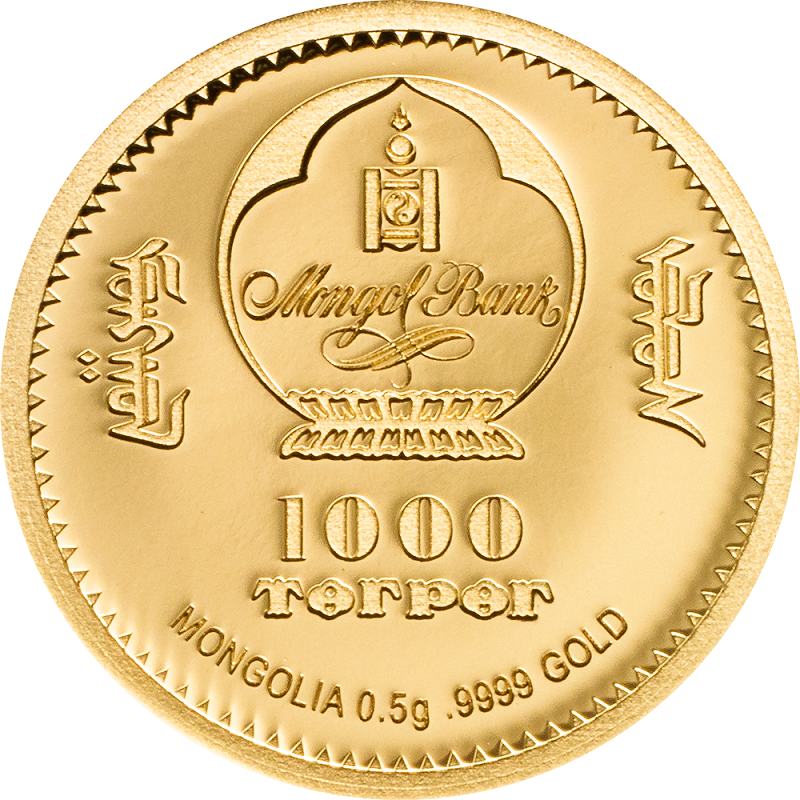 The obverse features the coat of arms of the Bank of Mongolia, below in Cyrillic script is 1000 Togrog, and in the exergue in Latin script is MONGOLIA 0.5 g .9999 GOLD. 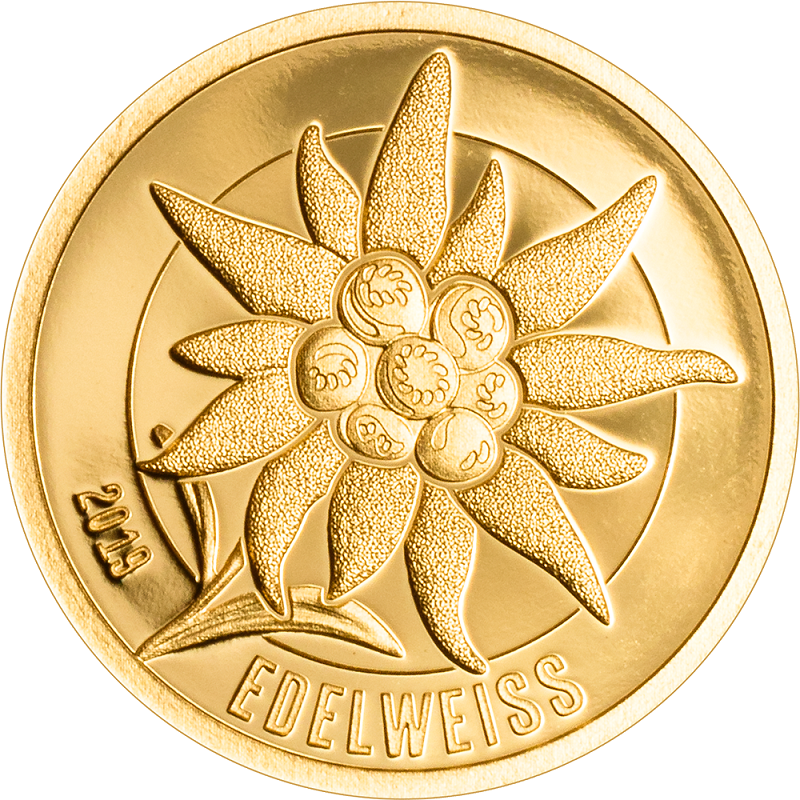 The reverse features an edelweiss, in the left field 2019, and below EDELWEISS. 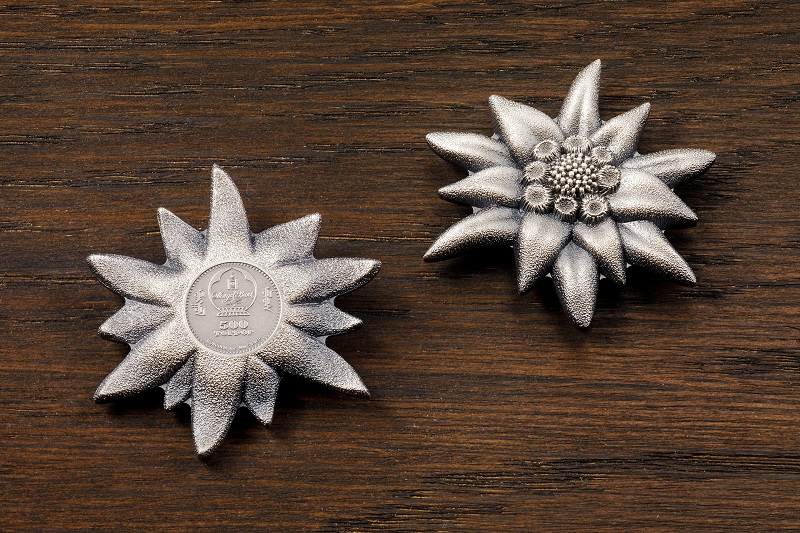 CIT Coin Invest presents the latest member of its product family “numismatic sculptures,” the edelweiss, a lifelike imitation of this mountain plant, which is said to have been the downfall of many mountaineers.

Since the beginning of the 19th century, edelweiss has been considered “the” symbol of fearless alpinists. Only the bravest were able to pick the flower that thrived in remote places. The fact that the plant grew on rocks hostile to life made it the epitome of love: Spirited lovers set off to find edelweiss to prove their courage and their eternal love to their beloved.

Edelweiss became the national symbol of Austria. Until now, it can be found on Austria’s circulation coins. 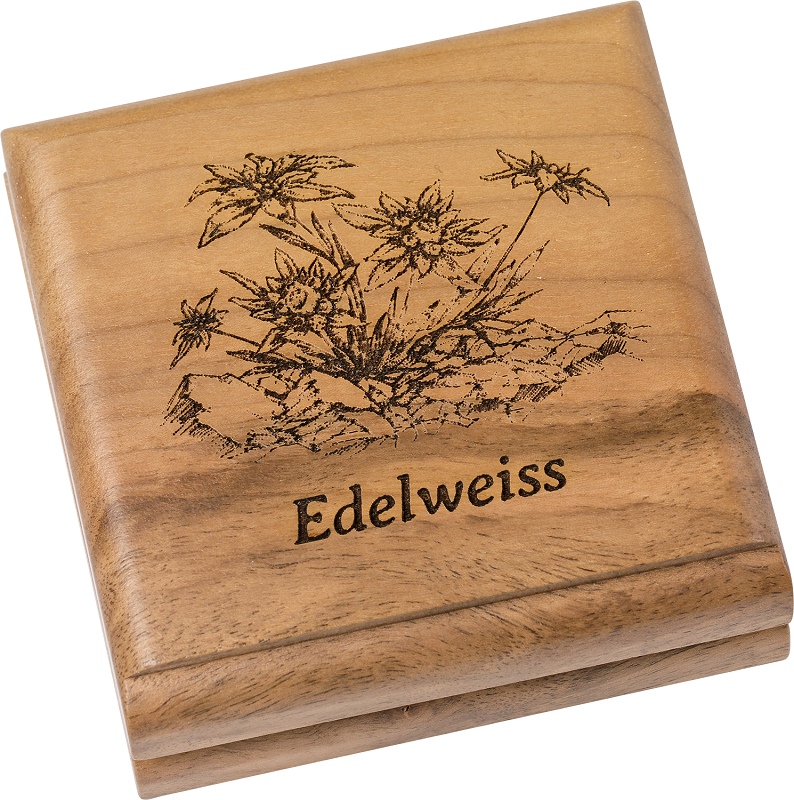 Thus, it is no surprise that the song “Edelweiss” from The Sound of Music became an unofficial national anthem, however, the song is even better known abroad than in Austria itself. In the musical, the song has the function of a protest by freedom-loving Baron von Trapp against the Nazi seizure of power: “Edelweiss, Edelweiss, Bless my homeland forever.”

By the way, edelweiss was the first plant of the entire world to be declared a protected species in 1886. A good reason to present the numismatic reproduction instead of the real flower to your beloved. By the way, there is a small gold coin that is suitable for this purpose, too.

If you would like to listen to the song “Edelweiss”, you can obviously find it on YouTube.