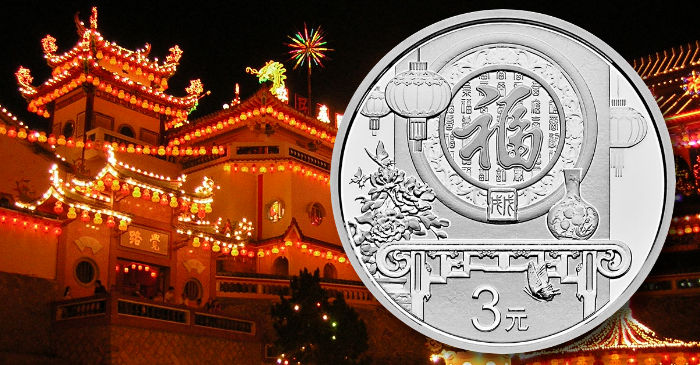 The People’s Bank of China have issued new silver coins in celebration of the upcoming Lunar New Year, which will be observed on the 16th February according to the Gregorian (western) calendar. The People’s Bank first launched the Lunar New Year Silver Commemorative Coin Project in 2015 and has proven to be very popular with many Chinese citizens who have given the coins as tokens of celebration or welcome gifts. For the vast majority of Chinese people, the Lunar New Year celebration also refers to the New Year Spring Festival which is the most solemn traditional festival in China symbolising unity, prosperity, and hope for the future.

According to records, Chinese people have celebrated the Spring Festival for over 4,000 years, although its origin is wide-ranging. The most common explanation is that the Spring Festival was observed since the rise of the Emperor Yu Shun 虞舜 (2233 BC-2184 BC). During the Spring Festival, Han Chinese, who make up the majority of the population of China, hold various activities to celebrate, including the worshipping of ancestral gods, paying homage to one’s ancestors, and praying for a successful harvest. Spring Festival activities are very rich and colourful, with rich ethnic characteristics that are often reflected in Chinese culture or in countries and peoples belonging to the cultural circle of Chinese custom and also celebrate the customs of the Spring Festival. The Chinese people’s emphasis on the culture of New Year celebrations also reflects the philosophical thinking and spiritual temperament gradually formed and accumulated by the nation for thousands of years. Lunar New Year celebrations are often described as an “Inheritance of a culture, interpretation of wisdom, and of spirit.” 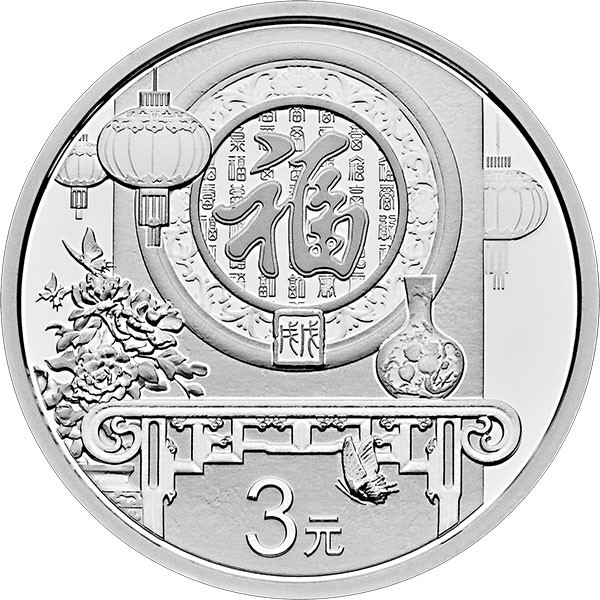 The design on the obverse side includes the Chinese character for the word “blessing” together with a celestial bottle, bouquets of peony flowers, traditional paper lanterns, and butterflies. The coin’s denomination of 3 is placed below the primary design. 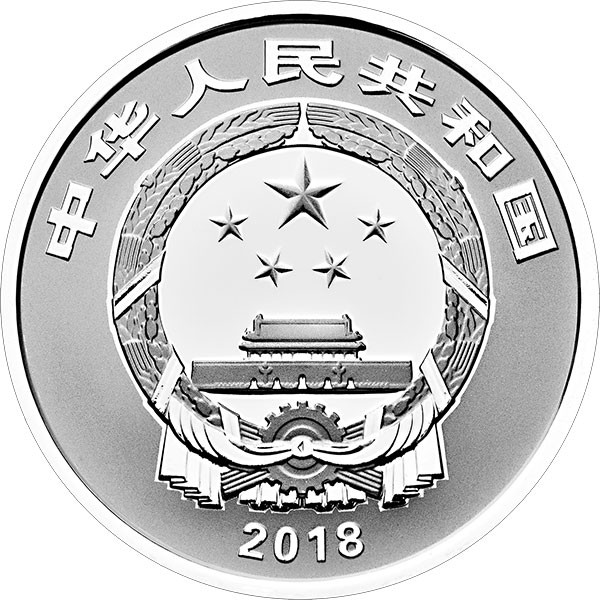 The primary design on the reverse side depicts the national emblem of the People’s Republic of China along with the year of issue, 2018, and the name of the country in Chinese characters positioned above the emblem.

The silver commemorative coins are produced at the Shenzhen National Treasure Mint Co., Ltd. and are distributed solely through the China Gold Coin Corporation. 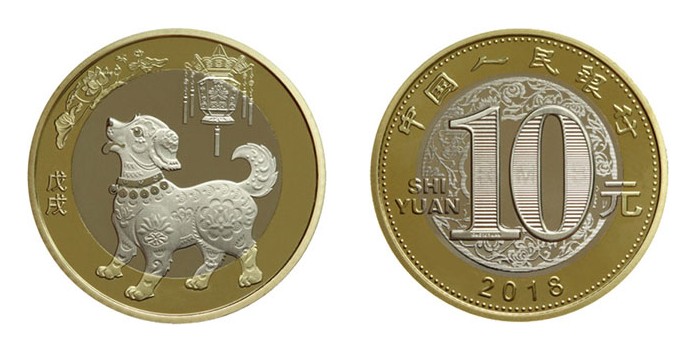 A 10-yuan bi-metallic circulation type coin is also issued through various national channels and whose design is dedicated to the Year of the Dog.