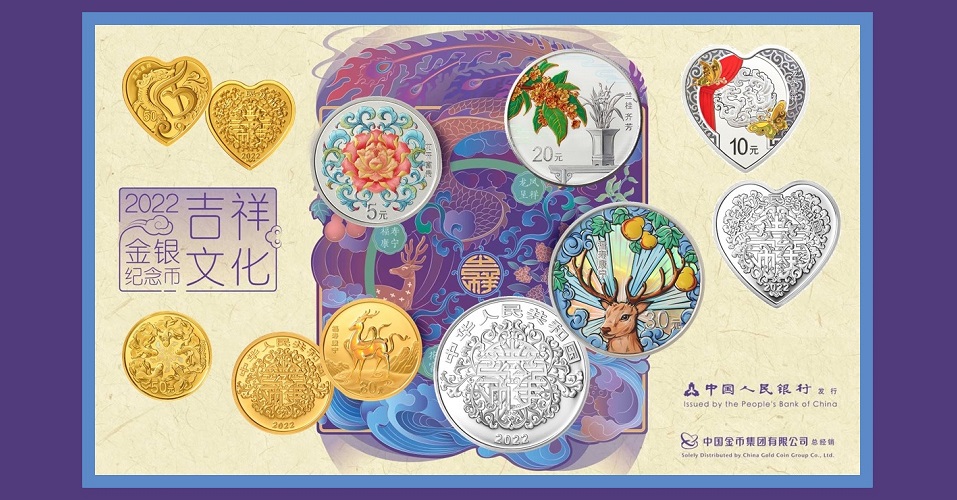 The People’s Bank of China has issued the 2022-dated “Auspicious Culture” gold and silver commemorative coins, continuing the series for the eighth year. According to tradition, the four pillars of auspicious culture include health and longevity, a happy marriage, the addition of children, and contentment. The corresponding themes of Fu Shou Kang Ning and Langui are merged together with the auspicious words of Qi Fang. As a result, the images of the “dragon and phoenix” represents prosperity and “flowers bloom” are associated with wealth. These focuses are used as the creative concept and design elements of the coin’s primary designs. 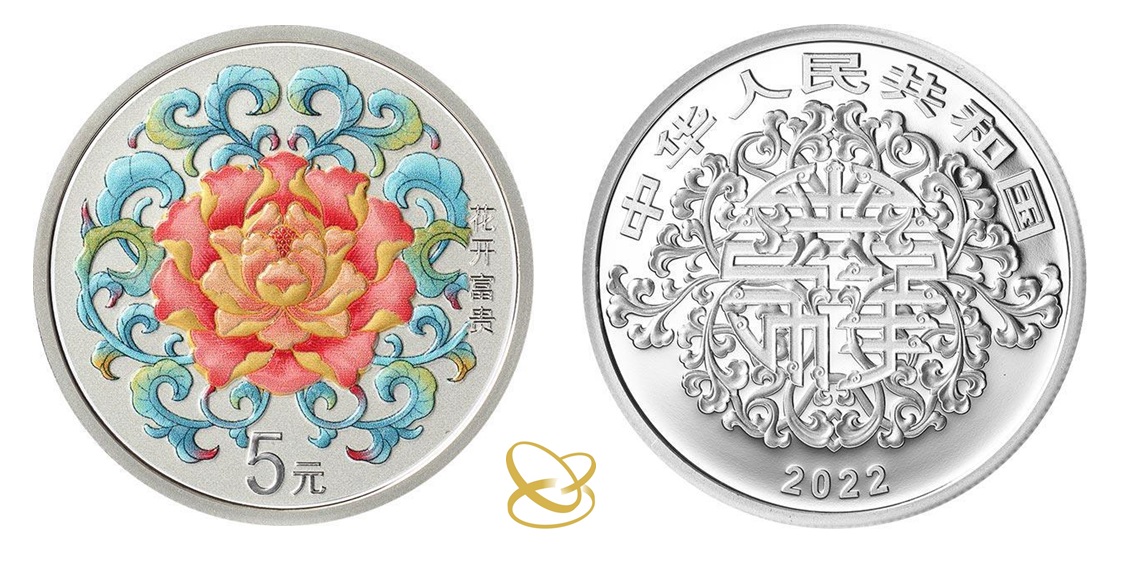 Five yuan silver: The round silver Blossoming Rich commemorative coin includes a decorative combination of peony and intertwined branches, and the words “Blossoming Rich” in Chinese lettering with the denomination. 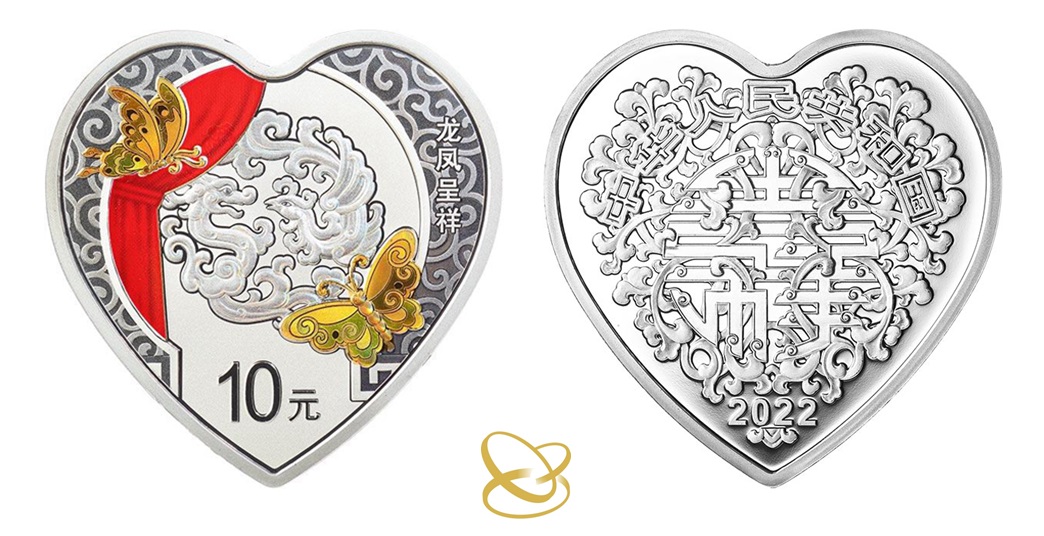 10 yuan silver: The heart-shaped silver Dragon and Phoenix commemorative coin depicts a combination of butterfly, dragon, phoenix, round mask, curtain, and other decorative patterns. The word “Dragon and Phoenix” is featured in Chinese lettering along with the denomination. 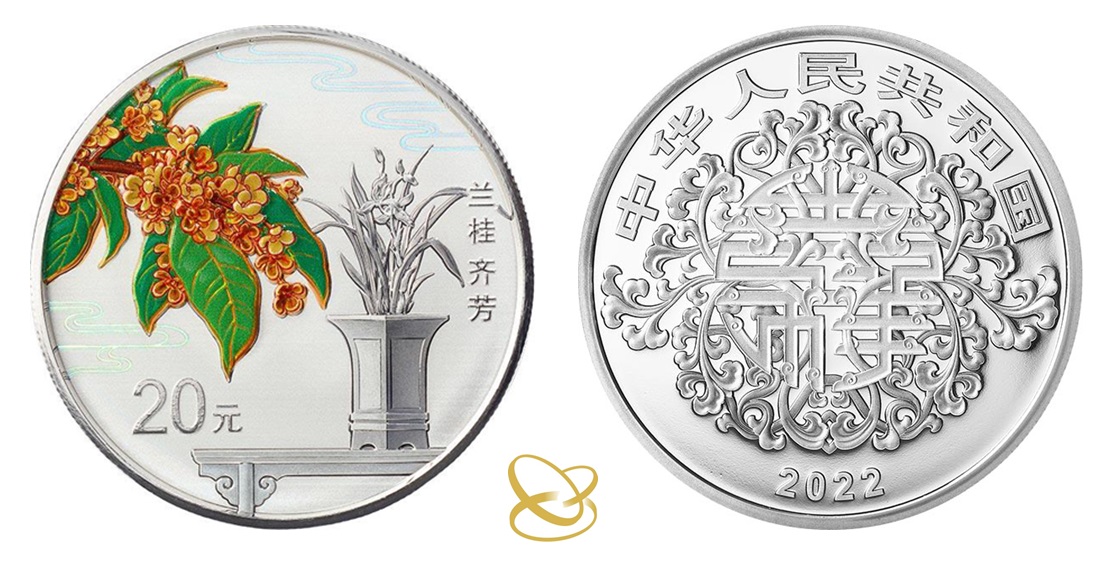 20 yuan silver: The round silver Langui Qifang commemorative coin depicts a combination of osmanthus flowers, orchids, and stylised stripes of cloud patterns. The words “Langui Qifang” in Chinese lettering along with the denomination are also integrated into the design. 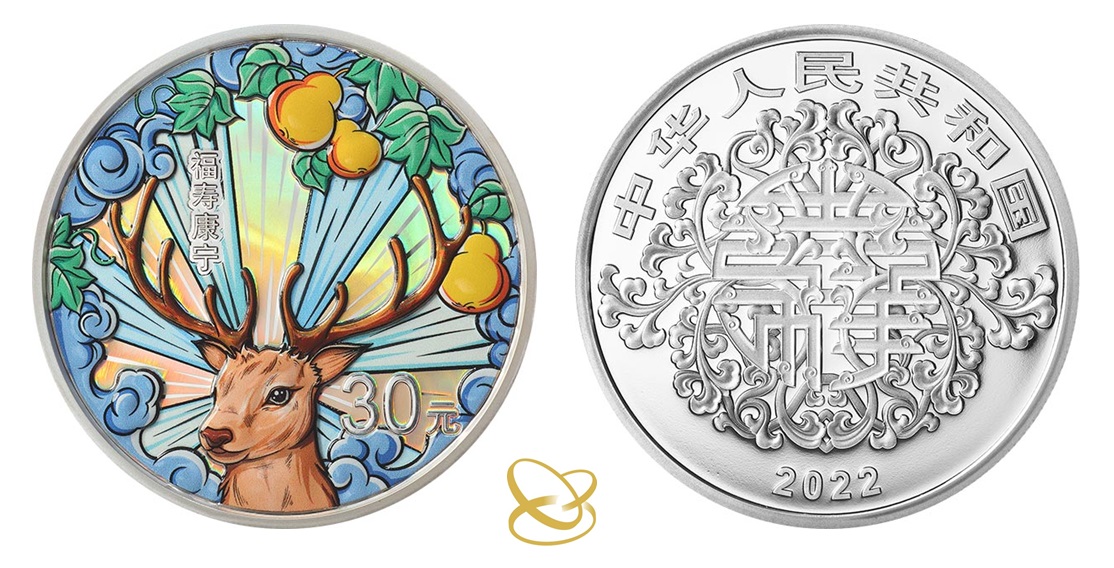 30 yuan silver: The round silver Fu Shou Kang Ning commemorative has a combination of deer, gourd, auspicious clouds, and other decorative patterns. The words “Fu Shou Kang Ning” are shown in Chinese lettering along with the denomination. 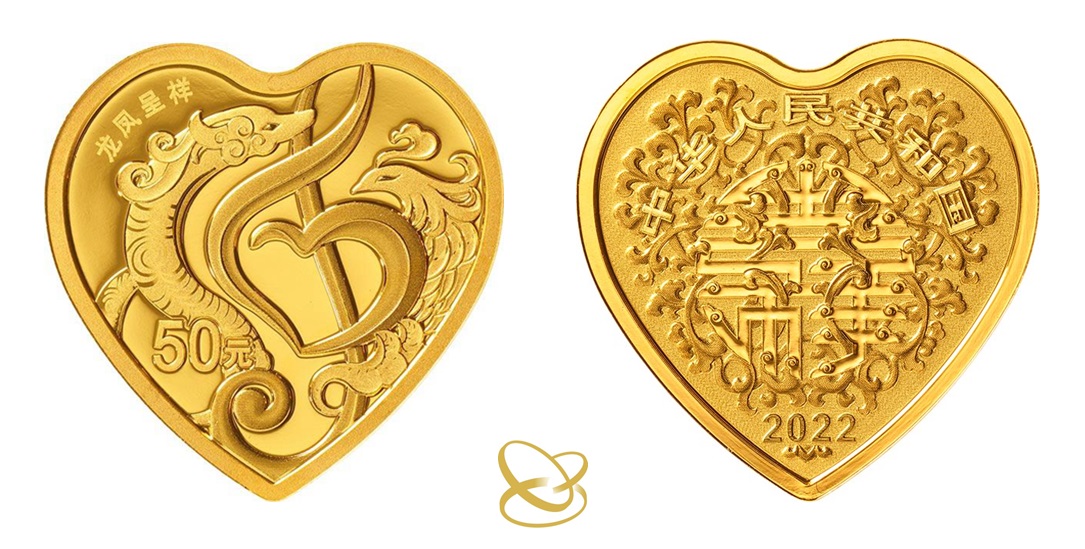 50 yuan gold: The heart-shaped gold Dragon and Phoenix commemorative features a combination of a stylised treble clef musical note surrounded by the dragon and phoenix. The words “Dragon and Phoenix” are shown in Chinese lettering and the denomination is shown to the left. 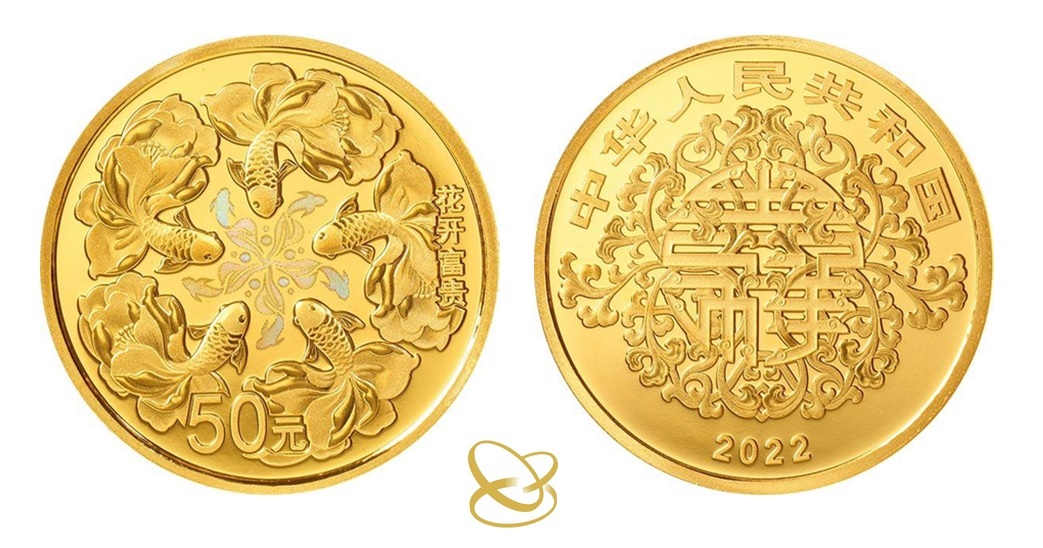 50 yuan gold: The design found on the round gold commemorative coin is a combination of pond fish surrounding a centred stylised peony bloom. The text “Flowers Bloom and Prosperity” is shown in Chinese characters with the denomination shown below the design. 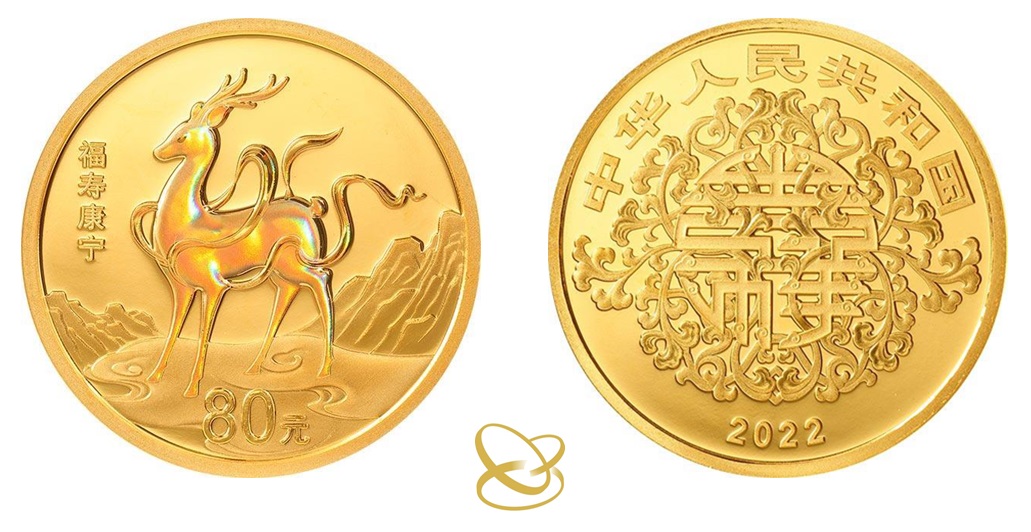 80 yuan gold: The motif shown on the round gold Fu Shou Kang Ning commemorative coin is a combination of deer, clouds, mountains, and other decorative patterns. The words “Fu Shou Kang Ning” in Chinese characters and the denomination are included as part of the design.

The design on the reverse side is shared on all of the range of coins which includes a geometric shape comprised of traditional characters and symbols associated with the topic of auspiciousness. The issuing authority and year of issue 2022 are shown above and below the central design.

Each coin is available as a separate purchase and distributed exclusively by China Gold Coin Group Co. Ltd. and its partners. For additional information, please refer to the directory of the China Gold Coin Network for a list of sales channels overseas.

Taiwan: New Year of the Ox silver and base metal coin sets launched by Central Bank