At a meeting held on May 19, 2011, the Commission of Fine Arts (CFA) reviewed design candidates provided by the United States Mint for the upcoming coin program to commemorate the legacy of the United States Army Infantry and the establishment of the National Infantry Museum and Soldier Center in Columbus, Georgia.

The commemorative coins are authorized under Public Law No: 110-357. The original bill H.R. 3229 was introduced in the 110th Congress by Rep. Lynn Westmoreland of Georgia. The bill was passed in the House on June 10, 2008, passed in the Senate on September 27, 2008, and signed into law by the President on October 8, 2008. The program calls for silver dollars  with a maximum mintage of 350,000 across proof and uncirculated versions, issued during calendar year 2012. 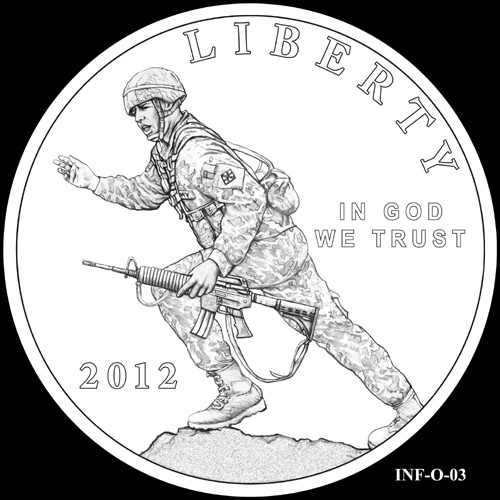 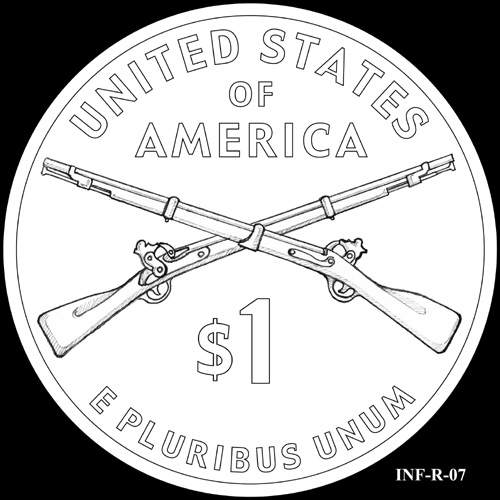 For the obverse, the CFA recommended alternative INF-O-03 “due to the strong and familiar pose of the infantry leader and the recognizable setting on a rocky base.” For the reverse, alternative INF-R-07 was recommended “for its simplicity and clarity.” The CFA also supported a recommendation by the museum board to spell out the denomination as “One Dollar”.

The remaining obverse and reverse design candidates provided by the US Mint appear below. Click on any image for a larger version. 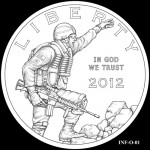 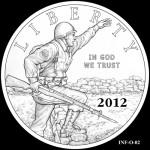 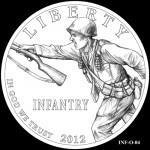 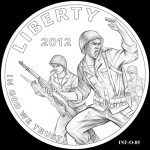 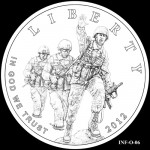 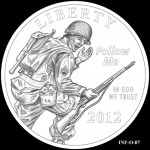 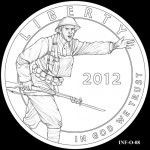 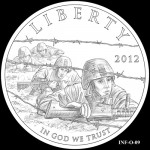 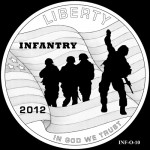 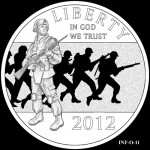 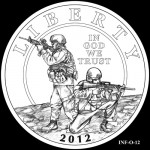 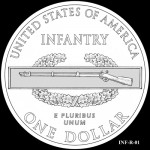 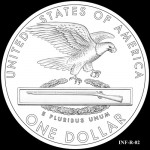 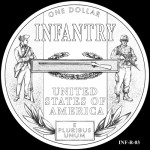 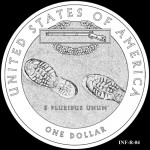 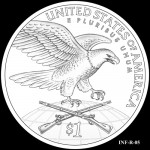 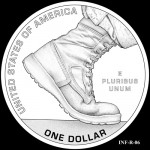