Under Public Law 110-451, the Secretary of the Treasury will mint and issue commemorative silver dollars to mark the semi-centennial of the enactment of the Civil Rights Act of 1964. The silver dollars will carry a maximum mintage of 350,000 pieces and may be issued only during the period beginning January 1, 2014 and ending December 31, 2014.

The authorizing legislation indicates that the designs for the silver dollar “shall be emblematic of the enactment of the Civil Rights Act of 1964 and its contribution to civil rights in America.” The coins are required to carry the inscriptions “Liberty”, “In God We Trust”, “United States of America”,  “E Pluribus Unum”, the date “1964”, and an indication of the face value. Surcharges collected through the sale of commemorative coins are to be distributed to the United Negro College Fund to carry out the purposes of the Fund.

At a meeting held on July 18, 2013, the Commission of Fine Arts (CFA) was given the opportunity to review 15 different obverse and and 10 different reverse design candidates provided by the United States Mint. The final designs for the commemorative coin will be selected by the Treasury of the Secretary, weighing the recommendations and comments of the CFA and the Citizens Coinage Advisory Committee. 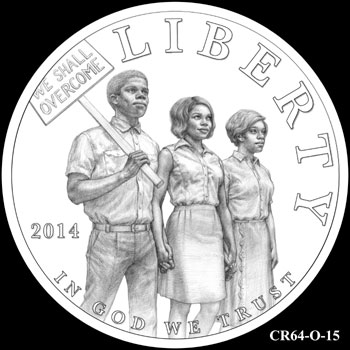 For the obverse, the CFA recommended alternative #15 which features three people holding hands at a civil rights march with one man carrying a sign reading “We shall overcome”. This image is intended to be symbolic of all marches that helped to galvanize the civil rights movement.

The CFA did make some suggestions for modifications to the design, including reducing the text of “Liberty” and adjusting the composition to remove the protestor’s sign from the coin’s edge. They also supported a recommendation conveyed on behalf of the United Negro College Fund to increase the diversity of the people depicted. 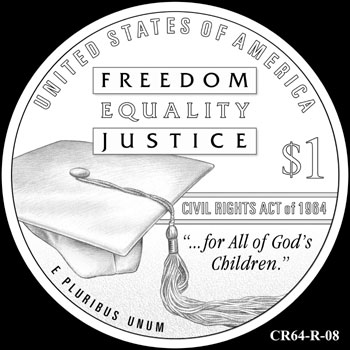 For the reverse, the CFA recommended alternative #8 featuring a graduation cap and tassel. This design is intended to represent the initial thrust of the civil rights movement when the National Association for the Advancement of Colored People challenged the “separate but equal” doctrine with Brown v. Board of Education. The inscriptions “Freedom”, “Justice”, and “Equality” are used to indicate the cornerstone of the Civil Rights Act, which is that all should be treated equal regardless of race, color, religion, or nation origin. The partial quote “…for All of God’s Children” is in reference to Dr. Martin Luther King Jr.’s “I Have a Dream” speech.

While the CFA had cited this design as carrying the strongest theme, they did request as the substantial simplification of the competing graphic elements in the overly complex design.


The complete set of 15 obverse and 10 reverse design candidates provided by the United States Mint for the 1964 Civil Rights Act of 1964 Silver Dollar are shown below. 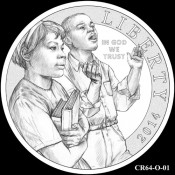 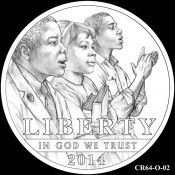 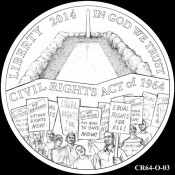 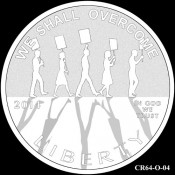 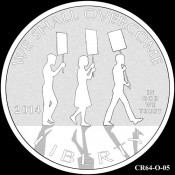 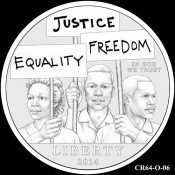 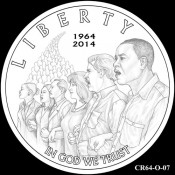 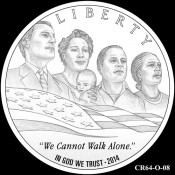 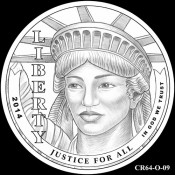 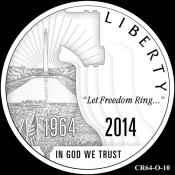 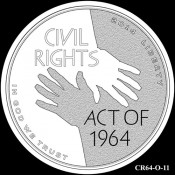 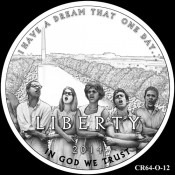 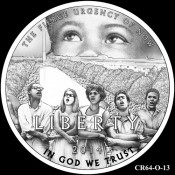 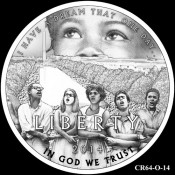 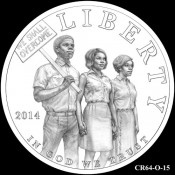 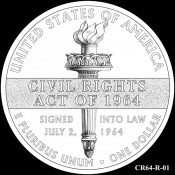 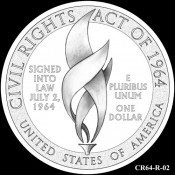 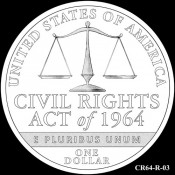 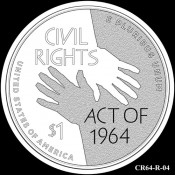 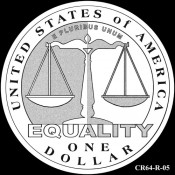 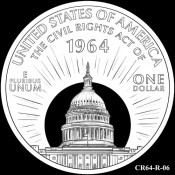 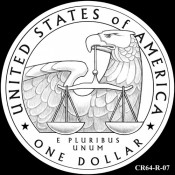 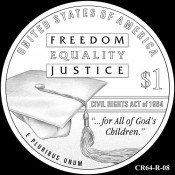 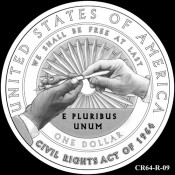 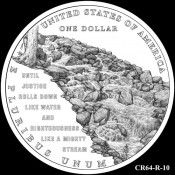