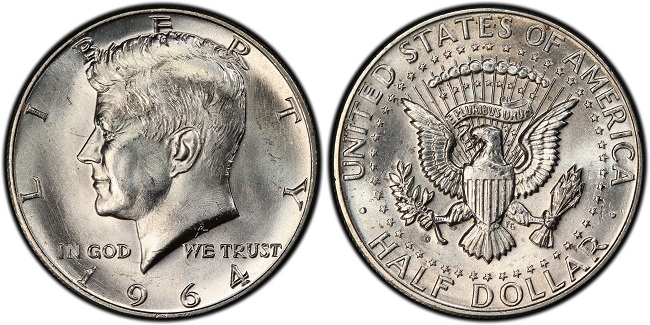 For collectors, the Kennedy half dollar is one of the most popular modern U.S. coins, despite the fact that it hasn’t been minted for regular circulation in more than 10 years. The Philadelphia and Denver mints still produce the coins, but they’re available to the public only through direct purchase from the U.S. Mint (in rolls of 20 coins and bags of 200, or in annually issued Mint sets). When is the last time you got one in change? Probably never! And yet the Kennedy half dollar keeps its constant appeal. Here at Whitman Publishing we get emails, letters, and phone calls about the coins quite often—a good measure of their popularity.

As the centennial of President Kennedy’s birth year approaches (2017), no doubt many more collectors will join the ranks.

“Gilroy Roberts, chief engraver of the Mint from 1948 to 1964, designed the obverse of this coin,” writes R.S. Yeoman in the Guide Book of United States Coins (the hobby’s famous “Red Book”). “The reverse, which uses the presidential coat of arms for the motif, is the work of Frank Gasparro, who was appointed chief engraver in February 1965.”

In United States Coinage: A Study by Type, authors Jeff Garrett and Ron Guth expand on the coin’s story: “No sooner had President John F. Kennedy died than plans were laid out for a new half dollar bearing his image. Kennedy was killed on [November 22] and the first dies were ready by January 2, a fantastic effort made possible only because of the presence of an existing design on Kennedy’s inaugural medal.”

Garrett and Guth note that “Kennedy’s popularity as president is reflected in the fact that this coin is still being made today, more than 40 years later.” 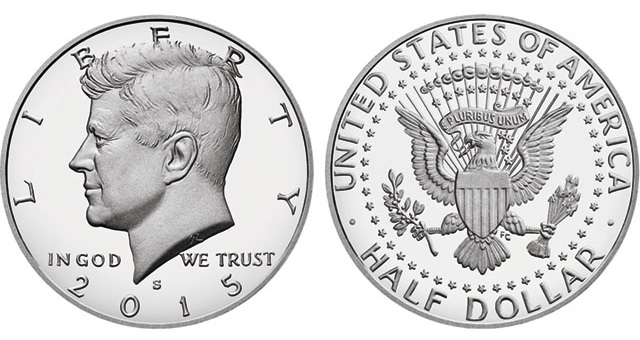 In the Bowers Series of coin-by-coin studies, volume 15 is the Guide Book of Franklin and Kennedy Half Dollars, another recommended reference for collectors. Author Rick Tomaska notes that the Kennedy half dollar is a series that offers challenges and rewards “like few others in numismatics,” whether your budget is $50 a month or $50,000.

And if you want to expand your collection of Kennedy numismatic material above and beyond just the famous half dollar, you’ll enjoy William R. Rice’s The Kennedy World in Medallic Art: John F. Kennedy and His Family in Medals, Coins, Tokens, and Other Collectibles. Described as taking “a unique approach” to Kennedy’s life and presidency (Ringgold Protoview, 2014), this richly illustrated 304-page volume covers thousands of collectibles. Readers on Amazon have called it “a wonderful reference,” “a beautiful book,” and “very interesting.” Coin expert James Bucki calls it “in-depth” and notes, “this book is not a one-sided presentation of the history of JFK. There is a chapter that covers satirical and critical pieces from the anti-Kennedy movement.”

Nearly 100 years after he was born and more than 50 years since the debut of the coin that honors him, John F. Kennedy offers much for collectors and numismatists to ponder.

Dennis Tucker is the publisher at Whitman Publishing.

Correction (1/4/16): this article originally stated that John F. Kennedy was killed on November 23, 1963; that date has been corrected to November 22.