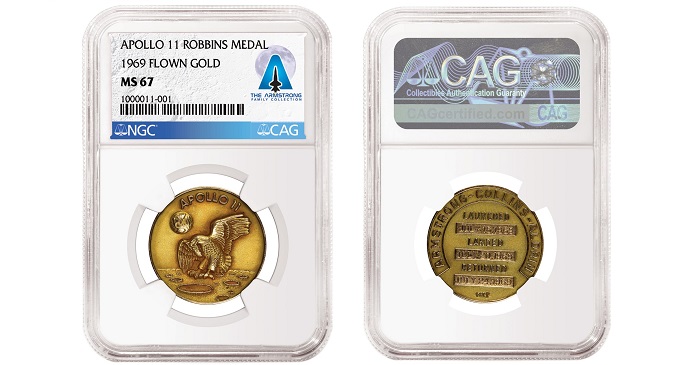 CAG preserves the provenance of collectibles tied to prominent people, such as the first person to walk on the moon.

The Certified Collectibles Group (CCG) has launched its seventh member company: Collectibles Authentication Guaranty (CAG), an expert and impartial certification service that works directly with collectors, estates, artists, and museums to preserve the authenticity and provenance of artifacts, memorabilia, and estate items at the source.

The first collection to be certified by CAG is the Armstrong Family Collection, one of the most historic and important collections of memorabilia of the last 50 years. This extraordinary collection contains several thousand items from astronaut Neil Armstrong and his immediate family members.

Armstrong immediately became an American hero and a global inspiration. He received numerous honors, medals, letters, magazine features, gifts, and other accolades. Armstrong achieved unprecedented worldwide fame when he became the first person to walk on the moon in July 1969. His moonwalk represented the absolute pinnacle of human achievement, a feat that he captured perfectly in his now-immortal words from the moon’s surface: “That’s one small step for a man; one giant leap for mankind.”

Most of these items and other memorabilia were saved. After Armstrong’s death in 2012, his family ultimately concluded that the collection needed to be shared with others, but they struggled with the same challenge faced by other estates: how to preserve the provenance and legacy of the estate items, even after they pass through many different hands.

The establishment of CAG provided the solution to this significant challenge. CAG’s experts would thoroughly evaluate the collection and for each item assign a unique certification number, take high-resolution photographs, describe it in detail and, if applicable, assign a grade. The items would then be encapsulated in one of CAG’s tamper-evident holders designed for long-term preservation and eye-catching display.

The Armstrong Family Collection features many important keepsakes of the American space program and its most famous and meaningful moment. Its sale is certain to draw worldwide interest ahead of the 50th anniversary of the Apollo 11 mission next year.

Among the highlights of the Armstrong Family Collection certified by CAG: 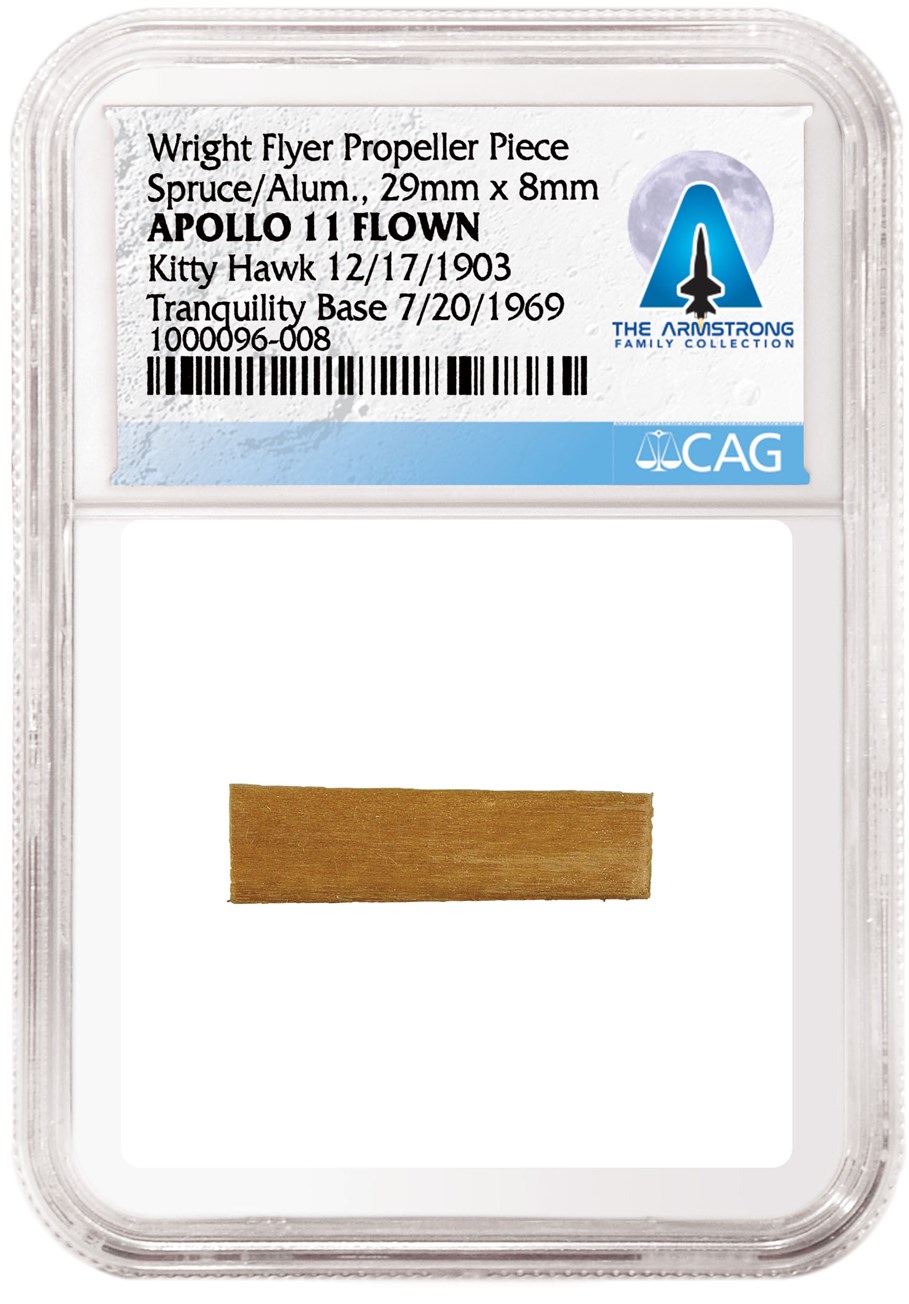 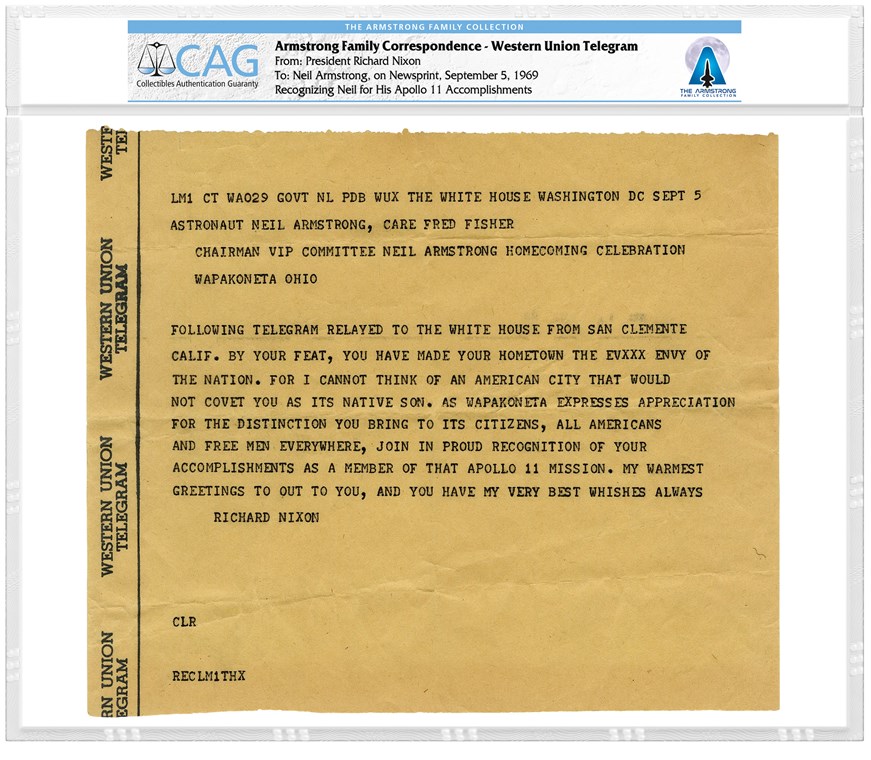 In addition to these unique and highly prized artifacts, the Armstrong Family Collection features a number of more affordable items that give collectors of all means a chance to buy something with a connection to Neil Armstrong. CAG has certified the provenance of all of these items.

“It is important to us that our father’s legacy be honored, preserved, and protected,” said Mark Armstrong, one of Neil Armstrong’s two sons. “CAG certification gave us a platform to do just that. Most importantly, a significant percentage of the proceeds of these sales will benefit worthy causes around the world that both Mom and Dad would have been pleased to support.”

“It is an incredible honor to have been selected to certify the Armstrong Family Collection,” says Mark Salzberg, chairman of CCG. “The moon landing was of monumental importance for all Americans of a certain age, myself included, and it continues to inspire nearly 50 years later.”

Salzberg added: “We needed to ensure that the provenance of this great collection would be preserved in perpetuity, so we leveraged the expertise of our CCG affiliates to form CAG. The Armstrong Family Collection is the perfect example of a collection that can benefit from CAG certification.”

In addition to CAG, the CCG affiliates are:

CAG works directly with collectors, estates, artists, and museums to preserve the authenticity and provenance of memorabilia and estate items at the source. Memorabilia, estate items, and other diverse collections benefit from CAG’s unique process, holders, and expertise. With authenticity and provenance guaranteed, collectors have greater confidence, which results in a safer and more vibrant marketplace.