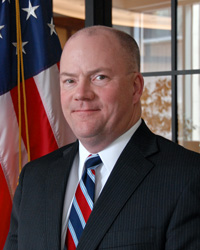 Michael Olson, one of the four members of the Citizens Coinage Advisory Committee (CCAC) who is nominated from the leadership of Congress, attended his last meeting in March 2014, after 4-1/2 years of service. He was kind enough to answer a few questions about his time on the committee.

How did you start coin collecting, and what are some of your earliest collecting memories?

My interest in coins began a very young age. I remember having the usual blue coin folders and trying to fill as many holes in them as possible from circulation. When I was about 10, my dad started taking me to the Waterloo, Iowa coin club. There were many experienced collectors in that club, and they took the time to provide me with a wealth of knowledge at a very young age. Back then, purchasing an uncirculated Franklin half dollar to add to my collection was a major expenditure, and these gentlemen took the time to teach me how to do it the right way. The show that they had every May was a major event for me, and I remember putting together a couple of exhibits for display.

My uncle Ben collected coins and he spent time with me as well. I remember that my first Peace dollar and Walking Liberty half dollar came from him.

The Bicentennial coins were very exciting to me as a young collector. I remember all of the coverage they received in the numismatic press, and feeling very patriotic assembling a set of them. Little did I know at the time that decades later I would have the honor of being a member of the committee that recommends such designs for circulating coinage.

I make it a point to talk to children about numismatics and almost always have something to pass on to them, whether its a specific quarter from their state or the newest National Parks quarter or Native American dollar. These days our young people are unfortunately involved in many activities that do not produce a tangible output or benefit, but when presented with a shiny new coin and a story to go along with it, they are captivated. Many of the children I’ve encountered have gone on to start collections, give reports at their school, and attend coin shows. All it takes is an adult to spend some time with them, as many had done for us when we were young. I always tell the kids ‘if you collect money, you’ll never go broke’. The parents seem to enjoy that message as well. 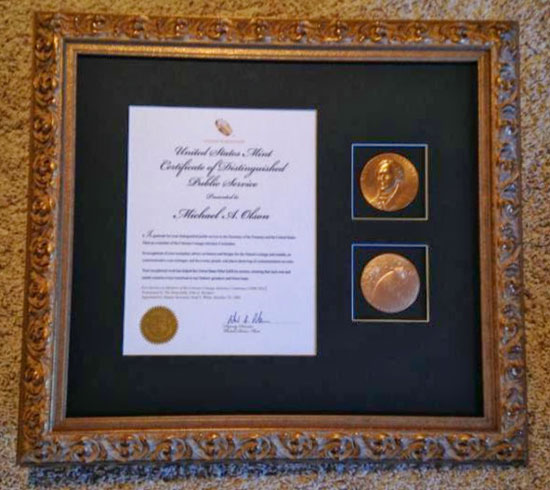 Are there any specific designs you can recall where the committee got it wrong?

The opinions that I express are solely my own. The CCAC structure was devised in a manner that by design ensures that the eleven members represent different backgrounds as well as perspectives. I will freely admit that when it comes to art and design there are much more qualified people on the committee than myself, however, I have gained a much broader knowledge during my tenure than I had before serving.  However, art is not the only consideration. The theme that is being conveyed is just as important as the design itself. There are many cases where there are several choices of how to portray a specific theme or event, or indeed which theme or event to portray, and the CCAC is charged with making recommendations in these areas as well.  My perspective has always been that the subject needs to be relevant to America’s history and represent this country in an honorable
manner. The United States is the greatest country in history.  American citizens look to our history with pride and our coinage should be reflective of that.

One misconception that I have seen in the blogs and editorial pages is the impression that the CCAC is responsible for the designs that we are charged with reviewing. We usually receive the proposed designs from the Mint a week before the meetings. We are then charged with making our best recommendation based on the designs we are provided.  If we did not believe any designs were worthy of a CCAC recommendation, we would ask the Mint to literally go back to the drawing board. Oftentimes, there would not be time to do that due to production deadlines and we were faced with a decision to either recommend the best possible option or take our chances and make no recommendation at all. During my tenure we have had both situations: a second round of designs or nothing at all.

In the last year or so, there has been a noticeable increase in the quality and quantity of the designs presented. We are also seeing them farther in advance of production, with the possible exception of the First Spouse coins and medals. A positive development in the recent past is that the Mint staff now regularly consults with the committee before work is commenced on designs, giving the CCAC more ability to influence better outcomes. Some of the designs we’ve seen recently are evidence that this process is working. The point that I
would like to stress is that with few exceptions the CCAC is comprised of numismatists that have the best interests of the collector in mind.  Those that are not numismatists have at the very least an appreciation for the hobby and a desire to see the best artistic designs possible.

Certainly there have been cases in the last four and a half years when the design or theme that I personally would have liked to see produced was not selected, but more often than not one of the designs that I preferred was the ultimate choice of the committee.

Where the Treasury Secretary got it wrong?

I would never say that the Treasury Secretary got a design choice wrong, as it is his responsibility to make the final decision.  Without going back and counting the CCAC’s recommendations, my strong belief is that in the majority of cases the CCAC’s first or second choice has been the one that ultimately was selected and produced.  The system is working the way it was intended to. 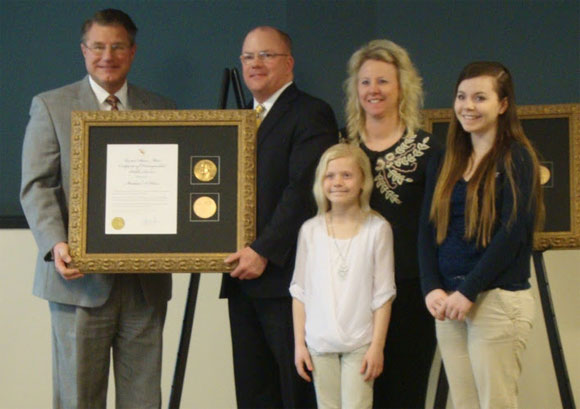 What lasting impression do you hope your participation in the CCAC will be?

As the only member of the military on the CCAC (serving as a lieutenant colonel in the Iowa Army National Guard) during a time when we had the privilege of reviewing so many military themed commemoratives and Congressional Gold Medals, I feel very humbled and honored to have been at the table to make recommendations on these very important pieces of American history. Several members have said that they gained a greater appreciation for and knowledge of the military in reviewing these designs, meeting with the stakeholder groups and recipients, and listening to my input. It was a special honor for me to be able to meet heroes such as the Nisei soldiers, the veteran tribe members representing the Native American Code Talkers, and members of the Medal of Honor Society just to name a few. As I am a graduate of the United States Army Command and General Staff College, it was also a privilege to provide input on those designs as well.

Being able to provide input for the coins honoring Iowa’s only president, Herbert Hoover, and his wife Lou Hoover was also quite an honor. Lou Hoover was born in my hometown and there is a school named for her there. 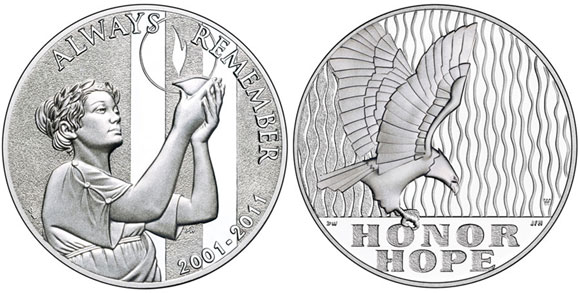 Meeting with the family members of victims of 9-11 to receive their input on the medal the Mint produced was an experience that I will never forget. It was very important to me that the word ‘Honor’ was placed on the medal and I advocated for that very strongly. It was also important to me that the reverse design that was ultimately produced be the recommendation of the committee. In my view, the reverse with the eagle in an aggressive position represents the actions the United States took in response to the attacks, which was a nice balance to the obverse, which remembered the victims. There were many acts of bravery that day and in the days to follow, and I believe the final design did justice to the victims and heroes.

At the February 2014 meeting, I made a motion that was approved unanimously to recommend a 2019 commemorative coin program to honor the 50th anniversary of what many consider to be the greatest human achievement, American astronauts landing Apollo 11 on the moon in 1969. It would be great to see what the Mint artists could do with that theme, especially now that the technology exists to strike concave/convex coins.

Another recommendation of mine that the CCAC has also recommended is a series of coins depicting the various states and sights along America’s Main Street, Route 66. Can you imagine all of the possibilities that could be depicted on a half dollar? Route 66 is very popular with many segments of our society for many different reasons, and I think such a series would be historically significant and a commercial success as well.

What advice would you want to leave for your successor?

Appreciate the gravity of the position you hold. There are thousands of coin collectors that would love to be in your place and will never have the opportunity. Represent them to the best of your ability.

If not a collector, learn from those on the committee who are; become a student of numismatics.

The recommendations you make will affect one of the most lasting elements of our nation’s history and the results will be around long after we are all gone.

Work as a team with your colleagues, enjoy their company.

Don’t be afraid to speak your mind-that is why you are on the CCAC.

Get to know the Mint staff, there are terrific people working in every capacity at every location.

This reporter would like to give Colonel Olson his sincere thanks for participating in this interview, as well as for his service to the numismatic community and to this country.