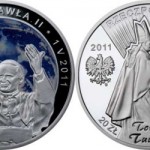 On April 29, 2011, the National Bank of Poland issued a silver crown coin to mark the beatification of the late John Paul II. He served as Pope from October 1978 until his death in April 2005, ending one of the longest papal reigns in history at 26 years 168 days. Minted by the Mennica […] 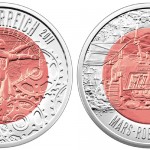 The Austrian Mint has released their latest silver and niobium bimetallic 25 euro coin. Representing the ninth annual issue, the coin features the theme of robotics and the niobium core is colored a deep reddish-pink. The obverse of the coin portrays a robot in humanoid form, recalling the Vetruvian man of Leonardo Da Vinci. The […] 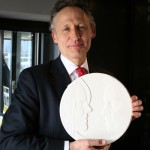 William & Catherine’s Special Day Remembered and Everlasting in Coin In terms of a royal occasion, they don’t come any more special than a day like this, the wedding of a senior member of the royal family, the eldest son of the Prince of Wales and the immensely popular and still missed Princess Diana. He […] 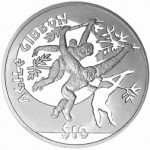 The Bank of Sierra Leone has authorized (13th April) the issue of two new coins in their present series highlighting the plight of some of the endangered primates within the country and region. Many primate species are now in danger of extinction, primarily caused by deforestation and hunting. Many of these primates remain a constant […] 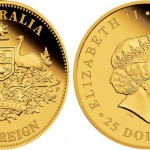 On May 3, 2011, the Perth Mint released the 2011 Proof Australian Gold Sovereign. The coins are struck with their traditional purity of 91.67% (22 karat) and are limited to 2,500 pieces. During the 19th and early 20th century, the mints at Perth, Sydney, and Melbourne had struck large quantities of sovereigns from locally mined […] 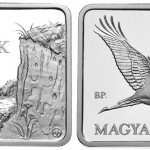 The National Bank of Hungary has issued (22nd April) a new coin in their ongoing series of highlighting national parks and reserves within the country. Struck by the Hungarian Mint in Budapest. The ingot-type coin is designed by Gábor Kereszthury and features a landscape scene of the typical steep banks from the Duna-Dráva National Park. […] 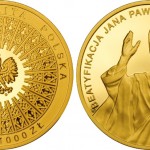 The National Bank of Poland has issued (29th April) three new gold coins to mark the announcement of the Beatification of his late holiness, Pope John Paul II (1920 – 2005) who was the world’s first Polish head of the Catholic Church. The current Pope Benedict XVI announced the beatification, which is the first stage […] 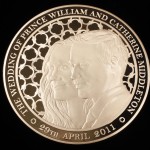 The Royal Mint on behalf of the Treasury of Alderney have announced the issue (28th April) of limited mintage of one kilogram commemorative coins. Struck both in gold and silver, they will mark the Royal Wedding of Britain’s Prince William to his fiancee Miss Catherine Middleton on the 29th April. It is the first time […] 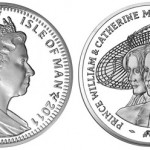 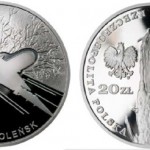 The National Bank of Poland have issued a silver coin to mark the tragic events which occurred one year ago. The 10th April 2010 was the day when the President of the Republic Lech Kaczyński and his wife Maria the First Lady of Poland along other members of the government, commerce, and notoriety were killed […]