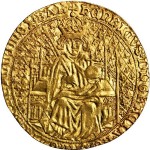 On August 13 Stack’s-Bowers sold the Thomas H. Law collection of English Gold Coins. Assembled over many decades by a Texas resident with a keen interest in English history and coinage, the collection included many gold rarities struck on the British Isles, dating back to the time of Edward III in the fourteenth century. While […] 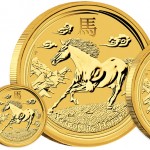 The Perth Mint has unveiled the designs for upcoming the 2014 Year of the Horse Gold and Silver Coins. The .9999 gold and .999 silver coins represent the seventh release within the Australian Lunar Series II, which features the twelve animals of the Chinese zodiac. The majority of the gold and silver bullion coins will […] 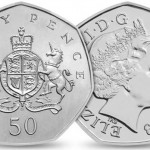 The Royal Mint announced the issue & circulation a very special coin which many coin collectors and professional numismatists say should have been issued many years ago, that of the royal crest design intended for the decimal 50 pence denomination. This elusive coin is being issued in the United Kingdom later this year in honor […] 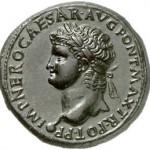 Anyone collecting ancient coins is well aware of what the name Jacquier stands for: rarities and exquisite items. Auction sale 38 is no exception, offering numerous treats to the numismatic gourmet: 900 lots containing ancient coins, objects and literature. On 13th September 2013, auction sale no. 38 will be conducted by Paul-Francis Jacquier. You can […] 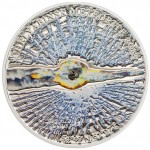 On the morning of February 15, 2013, a meteorite hit the earth in the Ural Mountains. This time though, instead of landing a good distance away from populated areas, the enormous celestial body caused considerable damage to the people around the city of Chelyabinsk. Now, a unique coin issued by the Cook Islands allows the […] 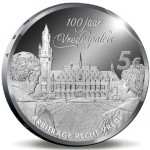 The Royal Dutch Mint have launched (15th August) two new coins in celebration of the Peace Palace (Dutch: Vredespaleis)– which celebrates its centennial anniversary during the month of August. The monumental Peace Palace, built in neo-Renaissance style, was inaugurated on the 28th August 1913 by HM Queen Wilhelmina. The immense and impressive building houses the […] 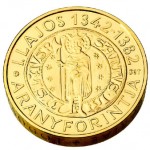 The National Bank of Hungary have launched (13th August) a new gold coin which pays tribute to one of Hungary’s more notable Kings from their medieval past. The coin is the second issue of the series “Gold Florins of Medieval Hungary”. Lajos (Louis) the Great (1326-1382) son of Charles I from the Italian branch of […] 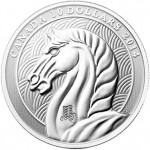 The Royal Canadian Mint has recently launched an array of new gold and silver coins to celebrate the upcoming Year of the Horse. Within the 12-year cycle of animals which appear in the Chinese zodiac, people born between the dates of January 31, 2014 and February 18, 2015 will be born within the Year of […] 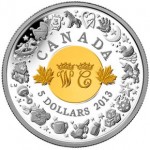 The Royal Canadian Mint have launched (8th August) a new silver coin which marks the birth of HRH Prince George of Cambridge, first-born child to Prince William, the Duke of Cambridge and Catherine, the Duchess of Cambridge. H.R.H. Prince William and Miss Catherine Middleton met while studying at the University of St Andrews in 2001, […] 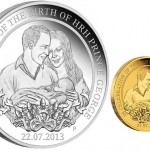