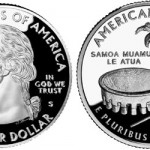 The United States Mint will host the official launch ceremony for the American Samoa Quarter on September 3, 2009 in Pago Pago, American Samoa. The launch ceremony actual comes more than a month after the coin’s release into circulation, which occurred on July 27, 2009. The reverse design of the quarter depicts the ava bowl, […] 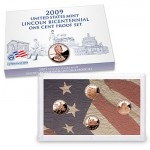 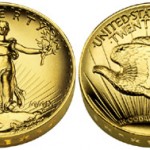 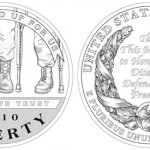 On August 22, 2009, the United States Mint unveiled the designs for the 2010 Disabled Veterans Silver Dollar. The coins will be issued under Public Law 110-277, the American Veterans Disabled for Life Commemorative Coin Act. Under the Act, the coin designs are intended to be emblematic of the service of disabled veterans who made […] 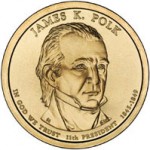 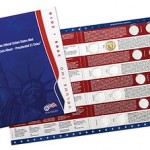 Today August 19, 2009, the United States Mint began selling the second volume of the official Presidential $1 Coin Album. The album has been custom designed and created with the collector in mind. It serves as not only an album to hold Presidential Dollar coins, but also an educational tool. The coin holders in the […] 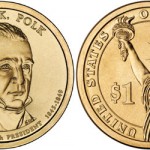 There will be a launch ceremony held for the release of the James K. Polk Presidential Dollar. This will be the eleventh release in the dollar coin series created to honor the former Presidents of the United States. The coin features a portrait of James K. Polk on the obverse designed by Susan Gamble and […]

Today August 13, 2009 at 12:00 Noon ET, sales of the 2009 Lincoln Cent “Professional Life” Two Roll Sets will begin at the United States Mint. This will represent the third Two Roll Set released for the newly designed Lincoln Cents. To celebrate the Bicentennial of Abraham Lincoln’s birth, four different designs are being issued […]

During the American Numismatic Association’s World’s Fair of Money in Los Angeles, the United States Mint and Smithsonian Institution announced their plans to develop a traveling numismatic exhibition. The display would draw upon the Smithsonian’s National Numismatic Collection and the United States Mint’s Heritage Assets. Dr. Brent Class, a director of the Museum said: The […] 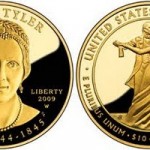