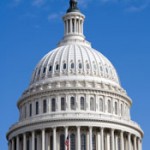 Should Ronald Reagan appear on United States coins? Before and following the former President’s death there have been legislative proposals suggesting that he should. The latest proposal comes from H.R. 3341 The Ronald Reagan Commemorative Coin Act of 2009. This bill proposes the mintage and issuance of up to 50,000 commemorative gold coins and 300,000 […] 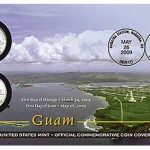 Today, July 28, 2009, sales of the Guam Quarter First Day Coin Cover began at the United States Mint. This will mark the third coin cover released in the series featuring each of the six coins of the 2009 District of Columbia & U.S. Territories Quarters Program. Each coin cover includes two Guam Quarters produced […] 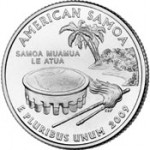 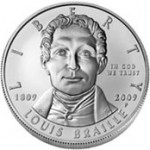 NASA plans to present two Louis Braille Silver Dollars to the National Federation of the Blind. The two coins flew into space on space shuttle Atlantis’ mission to the Hubble Telescope in May 2009. The ceremony will take place on July 31, 2009 at 6:00 PM EDT at the Capitol Visitor Center in Washington, DC. […] 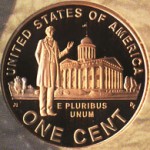 On July 17, 2009, the United States Mint released the 2009 Silver Proof Set. This annually produced set contains coins struck with a composition of 90% silver. The set has been produced since 1992 when the set contained only five coins. This year’s set contains a whopping 18 coins and contains a wide variety of […] 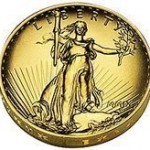 The United States Mint has announced that they will feature the 2009 Ultra High Relief Double Eagle Gold Coin at the American Numismatic Association’s World’s Fair of Money. The event will be held at the Los Angeles Convention Center from August 5 – 9, 2009. The same exhibit had been on display at the ANA […]