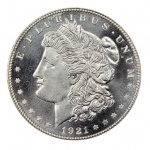 Beware: The alteration on this coin was done in one of the most convincing ways known. In 1886, nearly 20 million Morgan dollars were struck at the Philadelphia Mint. On the other coast, the San Francisco Mint struck only 750,000 the same year. Of course, this difference in mintage means that the San Francisco dollars […] 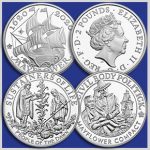 Washington — The United States Mint (Mint) and The Royal Mint (United Kingdom) have collaborated to create two limited-edition sets marking the 400th anniversary of the Mayflower voyage. The story of the Mayflower is one that connects multiple communities, cultures, and countries. This transatlantic voyage brought 102 Pilgrims and migrants from Europe across the Atlantic and established a […] 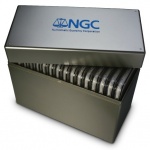 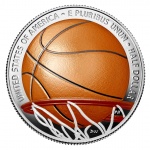 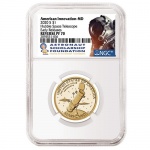 The ASF special label perfectly underscores the Innovation dollars’ celebration of exploration and discovery. Special submission instructions must be followed. See the “Submission Instructions” section of this article. In 2019, Numismatic Guaranty Corporation (NGC) partnered with the Astronaut Scholarship Foundation (ASF) to create a special NGC certification label featuring the ASF logo and an astronaut. […] 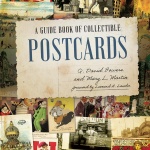 New Book Will Appeal to Coin Collectors and Other Hobbyists (Pelham, Alabama) — Whitman Publishing announces the release of A Guide Book of Collectible Postcards, by Q. David Bowers and Mary L. Martin. The 432-page book will be available for preorder Labor Day weekend, 2020. In mid-September, it will be available from booksellers and hobby […] 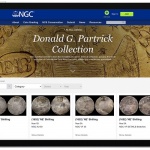 Numismatists can easily explore stunning, high-resolution images of the greatest collection of Colonial and early U.S. coins ever assembled. Numismatic Guaranty Corporation (NGC) has updated its image gallery of the Donald G. Partrick Collection with more than 1,000 additional coins, tokens, and medals, giving numismatists the opportunity to explore this unparalleled collection of Colonial and […] 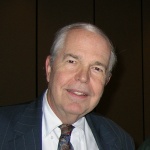 THE GILDED AGE The Gilded Age for the American $20 gold coin or double eagle began in 1849 when this new denomination was created, spawned by discovery of gold on the American River in January 1848, which expanded to become a worldwide sensation. With the arrival of the Forty-Niners the next year and statehood for […] 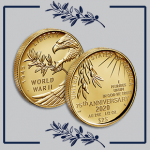 Washington — Today, the United States Mint (Mint) is officially announcing the designs for the 2020 End of World War II 75th Anniversary Coin and Medal Program. The designs will be featured on a 24-karat gold coin and a silver medal. Images of the coin and medal are available here. The common obverse (heads) design […] 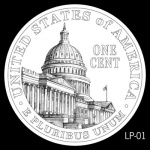 On April 28, 2009, the Citizens Coinage Advisory Committee met at United States Mint headquarters on Ninth Street in Washington, D.C., to review coinage designs including more than a dozen candidates for a new Lincoln cent. The coin, which in 2009 celebrated both its 100th anniversary and the bicentennial of the birth of Abraham Lincoln, […]