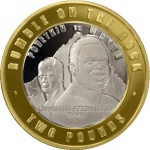 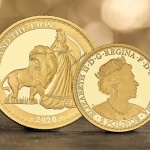 In November 2019, the East India Company Bullion (EIC), in association with the South Pacific island country of Niue, launched a collector’s set of gold coins which featured a new interpretation of Una and the Lion. The EIC also announced the set was the first of a new annual series that would feature different depictions […] 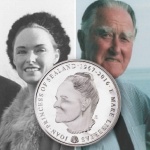 The Isle of Man Post Office (IOMPO) reinforces the message of peace, love, and happiness this festive season by giving its customers an opportunity to purchase the IOM government treasury’s 2017 Christmas £5 coin, which features a dove — a well-known and universal symbol of peace. The £5 coin depicts a very familiar image of […] 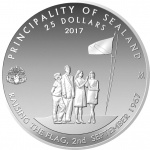 The treasury of the Principality of Sealand, the world’s only man-made and self-proclaimed independent micro-nation, have unveiled (15th September) the designs for their commemorative coin. The coin is to be issued in celebration of the 50th anniversary of Sealand’s declaration of independence, which occurred on the 2nd September 1967. On that day 50 years ago, […] 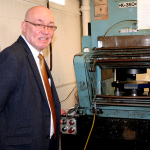 The coins of the Isle of Man have become some of the best-known issues with foreign coin collectors, who would have at least one piece included in their treasured collections. The journey to this level of esteem in the numismatic world has taken decades. As the Isle of Man embark on a brand-new phase of […]

The Isle of Man Treasury have officially issued their new range of coins for 2017. The series is being produced by the Tower Mint, with offices and facilities in London. The new coin sets were featured during the official release ceremony on the 10th April, with Isle of Man Treasury member Bill Henderson in attendance […] 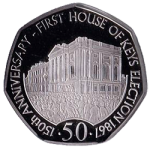 The Treasury of the Isle of Man government have launched their latest commemorative coin, celebrating the 150th anniversary of the first direct elections to the House of Keys (the lower house of the Manx Parliament), which took place in 1867. This is the Treasury’s first commemorative coin since the naming of a new mint for production […]