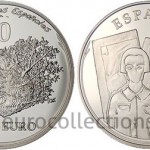 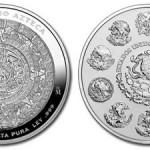 Casa de Moneda (Mexican Mint) has produced one kilo silver coins inspired by one of the world’s most impressive archaeological treasures. The 2009 Aztec Calendar Silver Kilo Coins feature the Aztec Calendar stone. It is thought that the Aztec calendar stone was carved in 1479, and was eventually buried under the central square of Mexico […]