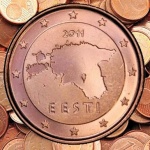 The Bank of Estonia has announced that they have ordered 10 million one-cent coins from the Kremnica Mint in Slovakia to meet the needs of merchants for low-value euro-cent coins to use with cash payments in the years ahead. As Estonians readily circulate five-cent coins and larger denominations routinely, the bank deems there are sufficient […]

The National Bank of Slovakia has issued (9th January) new collector coins which are in celebration of Slovakia’s 10th anniversary of the adoption of the single European currency, the euro, on the 1st January 2009. Upon the adoption of the euro, Slovakians had seen their third change in currency since the government of Czechoslovakia re-established democratic rule in […]

The National Bank of Slovakia has issued (9th August) new commemorative coins which are minted in remembrance of one of former Czechoslovakia’s most pivotal events in their history as a modern nation — the time when Czechoslovaks attempted to reclaim their own nation from Soviet influence. The events of August 1968 were eerily similar to the […]

The National Bank of Slovakia have issued (3rd January) a new silver collector coin in celebration of the 25th anniversary of the establishment of the Slovak Republic, which emerged after the separation of the Czech and Slovak Republics as a single entity on the 1st January 1993. The process by which the Slovaks became a […]

The National Bank of Slovakia have issued (20th September) a new coin which remembers one of the country’s leading exponents in the late realism style in Slovak literature on the 150th anniversary of her birth. Božena Slančíková-Timrava (1867 – 1951) typically featured rural workers, the rural intelligentsia, and groups promoting Slovak national interests in her […]