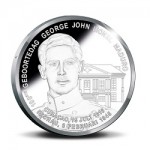 The Central Bank van Curacao en Sint Maarten, under the authority of the Netherlands Antilles, has issued (August 4) new silver and gold coins paying homage to one of the Netherlands’ wartime heroes on the occasion of the anniversary of his 100th birthday. George John Lionel Maduro (1916 –1945) is remembered as the only Dutch person […] 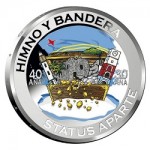 The Centrale Bank van Aruba has issued (August 4) a new coin celebrating both the 40th anniversary of the year the island gained its own national flag and anthem as well its 30th year as a separate entity within the Kingdom of the Netherlands. Aruba did not become officially independent until January 1, 1986. The […]

The Royal Dutch mint has issued (May 17) the latest gold and silver coins in its popular Dutch UNESCO series highlighting the many locations and landmarks recognized as UNESCO heritage sites in the Netherlands. This year’s coin features the Wadden Sea, which borders three countries in Northern Europe: the Netherlands to the southeast, Denmark to the […]

The European Commission has authorized a new €2 coin to celebrate the 30th anniversary of the adoption of the European Union’s emblematic flag. With its roots having emerged from the initial European Coal and Steel Community (ECSC), this treaty—one of the most important symbols of unity in Europe since the end of World War II—was […]

The Royal Dutch Mint has launched the latest coins in their ongoing Dutch UNESCO heritage sites series, first launched in 2012. The 2015-dated coins feature the Netherlands’ most important industrial national heritage site, the former Van Nelle Factory, located on the Delfhavense Schie in the city of Rotterdam. As recently as 1995, coffee, tea, and tobacco […] 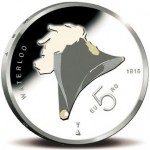 The Royal Dutch Mint have launched a three coin set, which includes coins of their country as well as those of Belgium and the United Kingdom, to observe the 200th anniversary of the Battle of Waterloo. The pivotal battle, which took place on the 18th June 1815 changed the fortunes of many nations on the […] 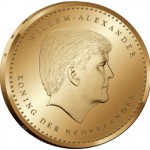 The Royal Dutch Mint have released the 2014 dated circulation coin set in brilliant uncirculated (BU) quality for collectors which includes the new definitive portrait of HM King Willem-Alexander on the two highest denomination coins. The 5 Gulden, 2 ½ Gulden and 1 Guilder coins bear the likeness of the king who faces to the […] 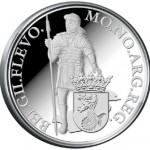 The Royal Dutch Mint have unveiled their last silver Ducat for 2014 in their popular Provincial series and as a first, the province of Flevoland is included in this particular set. Flevoland is the country’s newest province. Located in the center of the country, at the location of the former Zuiderzee, the province was established […] 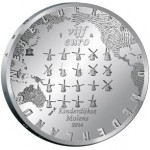 The Royal Dutch Mint have unveiled (27th August) the latest design for their ongoing series which highlights various landmarks on UNESCO’s world heritage sites. The series was launched in 2012 and featured a design which focused attention of the Amsterdam canal district. This year’s coin and theme features the mills of Kinderdijk-Elshout and is the […] 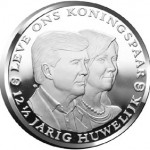