The Royal Danish Mint has released (3rd December) a new collector Brilliant Uncirculated mint set which also remembers the 200th anniversary of the founding of the country’s central bank. The anniversary is this year’s mint set theme which describes the 200-year history of the coins. The coins are presented in an exclusive booklet with Danmarks […] 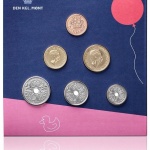 The Danmarks Nationalbank has issued (16th August) their new 2018-dated mint sets, which include a presentation design themed for children. The new sets carry on from previous themes of the familiar teddy bear and his family. The children’s coin set unfolds like a picture book and continues the on-going story that has been the central […] 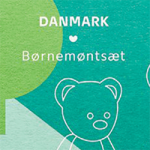 The Royal Danish Mint have issued their 2017-dated mint set that is aimed primarily at children, or as a keepsake gift. This year’s set is themed with an “off to school for the first time” scenario—and the pupil, in this case, is the ever-popular Teddy Bear, who has been the central figure since the children’s sets […] 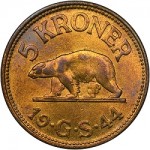 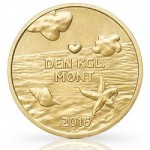 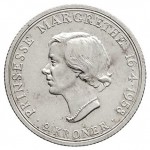 The centuries-long tradition of the Kingdom of Denmark celebrating Royal events & anniversaries with the issue of a commemorative coin continues this month, as 2015 ushers in celebrations for the 75th birthday of one of Europe’s longest serving heads of state, Queen Margrethe II of Denmark. The recent circulation coins of Denmark have undergone a […] 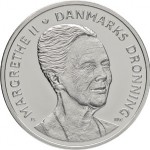 The National Bank of Denmark has issued a new silver coin in celebration of the birthday of one of Europe’s longest serving heads of state, Queen Margrethe II of Denmark who will turn 75 on the 16th April. Princess Margrethe was born to Crown Prince Frederik and Crown Princess Ingrid in 1940, just days after […] 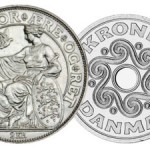 The National Bank of Denmark (Danmarks Nationalbank) has announced their decision to discontinue the production of both coins and banknotes citing the prohibitive costs of producing both elements of currencies and the continuing lack of demand for coins and banknotes within the Danish economy. The National Bank does not see a reverse in this trend […] 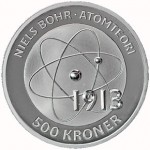 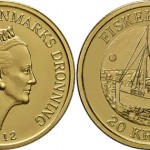 The Danmarks Nationalbank have issued their latest coin in the popular “Ship” series, this is the twelfth coin issued and thus, also the last. The “ship” series first began in 2007 with the issue of the surveillance vessel Vædderen (the Ram) as its motif. Successive coins were issued at the rate of two per year […]