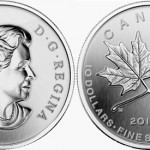 The Royal Canadian Mint have introduced a new half ounce silver coin which is the first in a new annual series. The design is based on the now sold out one-kilo Silver Maple Leaf Forever Coin, but in an effort to provide a more affordable option, the current release contains one half ounce of silver. […] 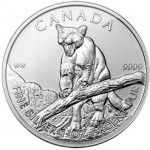 On August 17th, 2011, The Royal Canadian Mint (RCM) announced that it will be releasing a new one-ounce 99.99% pure silver bullion coin. The 2012-dated “Cougar” silver bullion coin, with a $5 face value, is the third in a series of six coins celebrating Canada’s Wildlife; only one million coins will be minted. The obverse […] 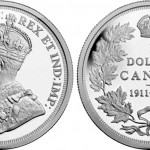 The Royal Canadian Mint have issued (14th July) a reproduction of the 1911 Silver Dollar for the 100th anniversary of this elusive early dollar and one key date to the dollar series. Minted as a trial coin at the Royal Mint in London, only three examples (two in silver, one in lead) are known to […] 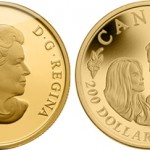 The Royal Canadian Mint is celebrating the visit of the Duke and Duchess of Cambridge to Canada, following their historic wedding on April 29, 2011, with a limited-edition gold coin collector coin. It will be minted from 22-karat gold and feature a design  similar to the Royal Wedding $20 Silver Coin, which was issued in […] 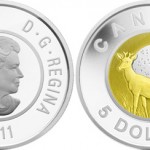 The Royal Canadian Mint has released their very first silver and niobium coin. It represents the initial release in a four coin series that will feature selectively oxidized niobium cores in distinct colors of the Algonquin full moons. The Algonquins are First Nations inhabitants of North America with a vast territory that extended from Lake […] 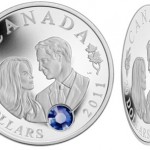 The Royal Canadian Mint has unveiled two collector coins issued for the wedding of Prince William and Catherine Middleton, which will take place on April 29, 2011. The first coin is struck in .9999 fine silver and includes a sapphire colored crystal, while the second is a 25 cent coin featuring a color photo reproduction […] 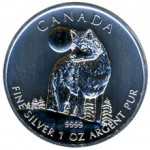 Earlier this month Australia’s Perth Mint had reported a significant backlog in its ability to produce as much fabricated silver products as customers wanted to purchase.  Now the Royal Canadian Mint (RCM) admits that it is having difficulty locating sufficient supplies of physical silver and expects the problem to get worse in the near future. […] 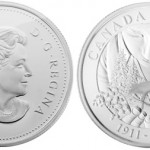 The Royal Canadian Mint have issued their annual silver dollar which marks the centennial of Canada’s National Parks programme. The Dominion Parks Branch, known today as Parks Canada, was founded in 1911, and mandated to conserve Canada’s unrivaled wilderness. The obverse of the coin carries artist Susanna Blunt’s distinctive & informal portrait of H.M. Queen […] 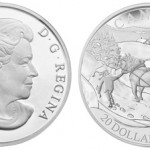 The Royal Canadian Mint has issued a new coin to highlight the beauty and cultural traditions of Canadian winters. This  is the first in a series of several coins to come and is minted with the year of 2011, although the coin will be available towards the end of 2010. The coin has a value […]