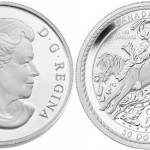 The Royal Canadian Mint have launched two new coins which mark the Calgary Stampede, an event which has put the host city on the map of western-style entertainment and excitement. In 1912, working cowboy and trick roper Guy Weadick, inspired by the traveling wild-west shows that enjoyed world-wide popularity in the early 1900s, convinced four […] 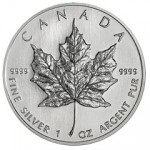 The Royal Canadian Mint recently released their financial results for the first quarter. During the 13 weeks ending March 31, 2012, revenue fell by 18% to 542.7 million, although profit after taxes remained flat at $6.5 million. The decline in revenue was driven by weaker demand for bullion products. Revenue from the bullion and refinery […] 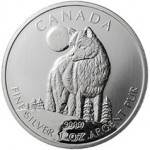 The Royal Canadian Mint achieved record revenue of $3.2 billion for 2011, representing an increase of 42.9% from the prior year. The increase in revenue was driven primarily by the bullion and refinery segment, although numismatics and collectibles also put in a strong performance. Despite the higher revenue, total profit before income tax declined by […] 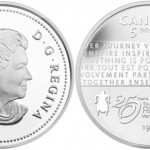 The Royal Canadian Mint have officially launched (17th April) a new silver coin to mark a personal achievement once thought impossible by one young man with a physical disability. It’s been 25 years since the “Man in Motion” world tour was itself launched by Rick Hansen, then a 28 year old paraplegic who had sustained […] 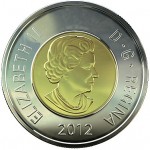 In an effort to reduce the escalating costs of both manufacture and materials, the Royal Canadian Mint have released (10th April) the next generation of their two highest denomination coins, the one & two dollar values, or more commonly and affectionately known as “Loonies and Toonies”. The change also comes on the 25th anniversary of […] 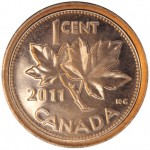 According to The Globe and Mail, the Canadian government will be ending production of their one-cent coin in April, with distribution to stop in the autumn. After that, the government will begin withdrawing cents from circulation. The decision to round up or round down will be left to individual businesses; Ottawa has suggested rounding off […] 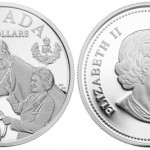 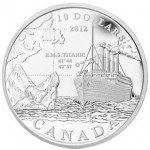 The Royal Canadian Mint have launched (5th March) a set of three coins marking the centennial of the fateful maiden voyage of the RMS Titanic. The coins were unveiled at the Maritime Museum of the Atlantic in Halifax, Nova Scotia by Ian Bennett, President and CEO of the Royal Canadian Mint. Canada is forever linked […] 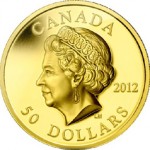 The Royal Canadian Mint have launched two new coins which feature a new profile portrait of HM Queen Elizabeth II. The new coins are issued in conjunction with the Diamond Jubilee celebrations of the Queen which began on the 6th February, the day in 1952 when Princess Elizabeth, the Duchess of Edinburgh succeeded to the […] 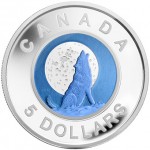 The Royal Canadian Mint has released the third coin in their silver and niobium series honoring the seasonal moon phases of the Algonquin people. The latest design features the Wolf Moon. The Algonquins used the moon to track time and assigned a name to each full moon. The four coin series includes the buck, hunter, […]