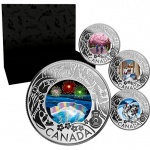 The Royal Canadian Mint has released the latest coin which is part of their 12-coin series entitled “Canadian Fun and Festivities,” focusing on the many pursuits of Canadian society throughout an ordinary year. From scenic routes to seasonal activities, along with countless festivals and festivities that lift spirits throughout the year, there is an array […] 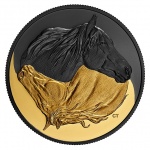 The Royal Canadian Mint has launched new collector coins with an eye-catching design, in terms of depiction and using plating effectively to highlight an exceptional equine-themed design. For thousands of years, horses have played a significant role in transforming the world, with no other partnership between man and another species being as beneficial. Canada’s own […] 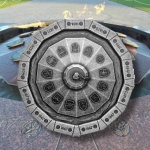 The Royal Canadian Mint has released new double crown-size coins that have replicated one of Canada’s most iconic landmarks, the Centennial Flame, which is located on Parliament Hill in the capital city of Ottawa. Inaugurated by Prime Minister Lester B. Pearson, who first lit the flame on the 31st December 1966, the the-then 12-sided Centennial […] 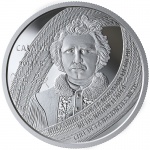 The Royal Canadian Mint has unveiled and launched (22nd October) new coins which commemorate Louis Riel’s place in Canadian history on the 175th anniversary of his birth, as well as being a celebration of the cultural legacy of the Métis Nation and its resilience. The 2019-dated special edition Proof dollar highlights the contributions of Louis […] 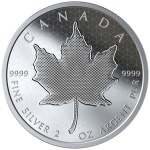 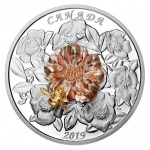 The Royal Canadian Mint has released one of their most innovative designs seen on any collector coin, which includes an interactive element in the design in addition to delicate and intricate engraving and minting. Featured in the design is the ever-popular theme of the bumblebee encircling and hovering over a floral bloom as it looks […] 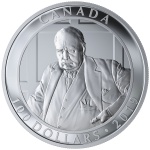 The Royal Canadian Mint has released a new mega-sized Proof coin which honours one of the most prominent and inspirational personalities to have emerged from World War II, British Prime Minister Sir Winston Churchill. His image is the focus of this exceptional coin and was taken of him during his wartime visit to Canada in […] 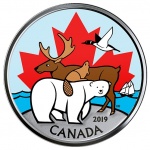 The Royal Canadian Mint has released new mint sets which include a special coin in tribute to the iconic reverse designs seen on the reverse side of circulation coins. Without a doubt, the reverse side designs are Canada’s coin superstars. The beaver, Bluenose, and caribou have been included on Canadian coinage since 1937, while the […] 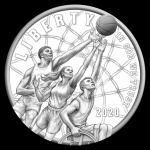 Next year coin collectors will have the opportunity to add a third dome-shaped U.S. commemorative coin to their collections following the 2014 Baseball Hall of Fame and 2019 Apollo 11 programs. The familiar trio of a clad half dollar, silver dollar, and gold $5 coin will be issued to mark the 60th anniversary of the […] 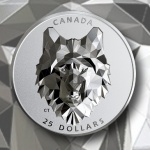 The Royal Canadian Mint has launched a new coin series which highlights both some of the country’s most endearing wildlife and a new innovative world-first in coining technology. Entitled as the “Multifaceted Animal Head Series,” the three coins feature front-facing images of an animal’s head minted in three dimensions, making full use of EHR (Extraordinarily […]