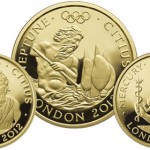 The British Royal Mint has began a new series of gold coins in conjunction with the 30th Olympiad to be hosted in London in 2012. The series is inspired by the motto of the Olympic Games: Citius, Altius, Fortius – Faster, Higher Stronger. The current gold series: CITIUS – Faster Three-Coin Set includes a £100 […] 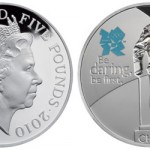 The British Royal Mint has issued a new coin honoring the 70th anniversary of the Premiership of Winston Churchill, which began in May 1940. The coin is part of an ongoing series of £5 crowns which make up the “Celebration of Britain” series, issued in conjunction with the 2012 London Olympiad. The coin features Sir […] 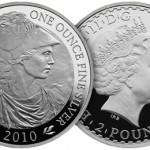 The British Royal Mint has issued a new £2 silver proof coin in the “Britannia” series which was begun in 1997. This design, which alternates or changes every year, shows a dramatic and wind-swept representation of a helmeted Britannia looking to the right along with the word “BRITANNIA” to her left and the year of […] 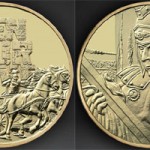 The Royal British Mint has created a crown-sized medallion to commemorate the new production of Ben Hur Live. This is the first time the Royal Mint has commemorated a theater performance. The new medal will also celebrate the 50th anniversary of the 1959 film Ben Hur, starring Charlton Heston and widely regarded as one of […] 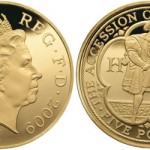 The Royal British Mint has released coins to honor the 500th anniversary of Henry VIII’s ascension to the throne. The coins will be available in gold, silver, platinum, and cupro-nickel. This will be the first time Henry VIII has appeared on a UK coin in nearly 500 years. Dave Knight, Director of Commemorative Coin at […]