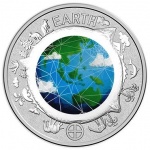 The Royal Australian Mint have released a new 10-coin collection which imaginatively uses all of the current (and two previously circulating) coin denominations to depict the our solar system’s nine planets (including Pluto), plus the sun. Using all six denominations presently in circulation, from the five-cent to the $2 coins, plus the previous one- and […] 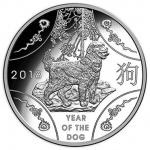 The Royal Australian Mint have released a selection of new coins which are in celebration of the upcoming new year, according to the Chinese Lunar cycle. Every year, the Lunar calendar also highlights a unique zodiac sign within the 12-year cycle, which features both mythical and real animals — all with specific traits and qualities […] 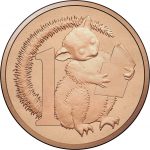 The Royal Australian Mint have unveiled on the 8th August a new series of collector $1 and $2 coins which highlight one of the country’s newer, though very popular, children’s stories—Possum Magic. The children’s tale was written in 1978 by Australian author Merrion Frances Fox, who is known best simply as “Mem Fox.” The draft […] 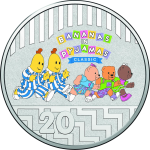 The Royal Australian Mint have issued (5th June) a new two-coin set which features those irrepressible and adventurous Bananas in Pajamas and their friends, the teddy bears… not to mention the Rat-in-a-Hat. The Bananas in Pajamas made their debut dressed in their now-iconic blue-and-white-striped outfits, and for the past 25 years, this duo have been […] 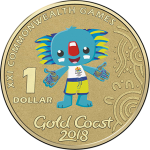 The Royal Australian Mint have launched (30th March) their latest commemorative dollar coin, which features “Borobi,” the charming and welcoming mascot of the upcoming Commonwealth Games. The blue character, whose design and concept was based on the koala (one of the most recognisable of Australia’s native animals), was chosen by public ballot out of 4,000 entries. […] 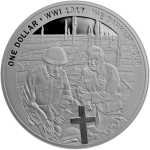 The Reserve Bank of New Zealand have launched (13th March) the latest silver and gold coins in their five-year series marking the centenary of the commencement and conclusion of the Great War (later referred to as World War I). The series was begun in 2014 and will finish next year. Its aim is to honor the […] 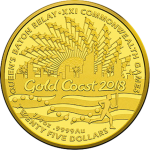 The Royal Australian Mint have officially launched (13th March) the first two coins in a series of Gold Coast 2018 Commonwealth Games (GC2018) commemorative collectible coins, which were unveiled at a Commonwealth Day celebration at the Runaway Bay Sports Super Centre. As part of the festivities for and countdown to the Commonwealth Games, the GC2018 […] 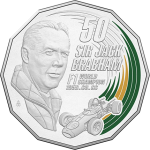 The Royal Australian Mint have issued (6th March) a new coin that honours the Australian auto-racing legend Jack Brabham (1926–2014), founder of the Brabham racing team and race-car constructor that bore his name. The new coin is issued just over 50 years since Sir Jack Brabham AO, OBE, claimed his third Formula 1 title in […] 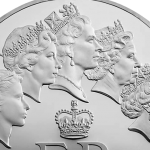 On February 6, 2017, HM Queen Elizabeth II achieved her Sapphire Jubilee—the 65th anniversary of the day she became queen. The head of state of the United Kingdom and 15 other Commonwealth realms, she is not only the United Kingdom’s longest-reigning monarch but the longest-reigning queen-regnant and female head of state in world history. Over […] 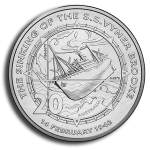 The Royal Australian Mint have launched (10th February) a new coin that remembers the 75th anniversary of the sinking of the SS Vyner Brooke. The tragedy that unfolded after the ship was bombed on the 14th February 1942 was a heartbreaking episode of courage in the face of certain death at the hands of the enemy. This special […]