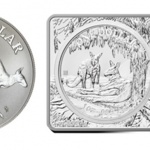 One of the most enduring series in Australian numismatic history is celebrating its 25th anniversary in 2018. The popular Kangaroo Series, produced by the Royal Australian Mint, has featured artistic depictions of Australia’s iconic kangaroo since 1993. Beginning with an image that echoes the reverse of the Australian penny from 1937, the Kangaroo Series has […] 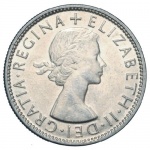 The federal government and treasury of Australia announced (22nd April) that Australian circulation coins will undergo a new design when the Queen’s effigy will be replaced with an updated likeness. The current effigy was created by British sculptor Ian Rank-Broadley and was first introduced in 1998 on British coinage and subsequently on Australian coins a […] 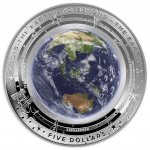 The Royal Australian Mint (RAM) have launched (3rd April) a new coin series which features the nine planets in our solar system and also benefits from a domed or concave-shaped strike. The first coin in the series concentrates on our home planet, the Earth, and how it may appear to observers in outer space. Since […] 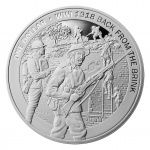 The Reserve Bank of New Zealand have launched (12th March) the final installment of gold and silver proof coins which are part of an overall series that was made in remembrance of the centenary anniversary of the commencement and conclusion of the Great War — later referred to as World War I. The gold and […] 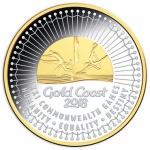 The Royal Australian Mint have issued (5th March) both traditional silver crowns and a one-kilo silver mega coin in celebration of the upcoming Commonwealth Games, which commence with an elaborate opening ceremony on the 4th April. The Commonwealth Games are staged every four years in the same way as the Olympics and offer an opportunity […] 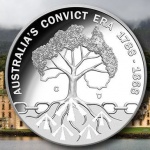 The Royal Mint of Australia have released three new coins that highlight Australia’s unique past in which many convicts were transported to the continent from Great Britain as part of their penal sentences. Australia’s convicts were a mixed bunch, but their stories have helped to create contemporary Australia. Between 1788 and 1868, 162,000 convicts arrived in […] 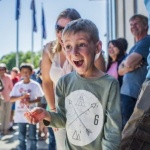 For many coin collectors down under, the Royal Australian Mint plays a very important part of their routine in terms of eventful New Year’s Eve celebrations. For almost two decades, eager collectors have stood out in line overnight — even spending more than one night in front of the mint complex — in order to […] 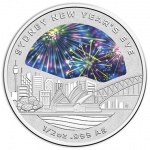 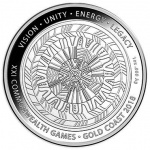 The Royal Australian Mint have released (23rd November) two new collector coins which are produced to celebrate the upcoming Commonwealth Games to be hosted in Australia, April 4–15, 2018. The XXI Commonwealth Games will be held on the Gold Coast, Queensland, located on Australia’s east coast, with events also taking place in Brisbane, Cairns, and Townsville. […]