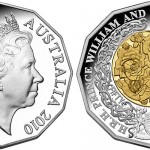 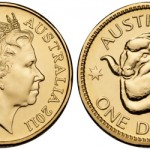 On January 1, 2011, the Royal Australian Mint issued a new collector’s dollar with a nostalgic difference. The reverse carries the iconic Merino Ram, which appeared on Australian shilling coins from 1938 to 1963, until Australia introduced decimal coinage two years later. The new $1 ram’s head coin design is part of Australia’s celebration in […] 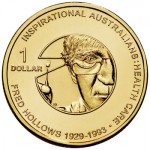 The Royal Australian Mint recently released a new $1 coin to celebrate the life and work of Professor Fred Hollows. He was an ophthalmologist known for restoring eyesight to thousands of people in Australia and other countries. He pioneered modern cataract surgery, using an implanted intraocular lens and teaching local technicians how to do the […] 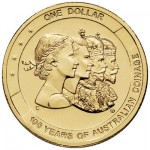 On January 1, 2010, the Royal Australian Mint celebrated 100 years of Australian coinage with a new $1 coin design featuring four heads. A lucky visitor to the Mint had the opportunity to strike the very first coin of the year with the new design. The one dollar coin design features the heads of the […] 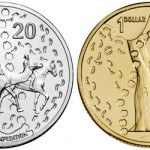 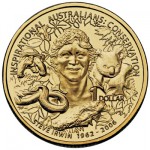 The Royal Australian Mint has released a new coin featuring Steve Irwin as part of their Inspirational Australians collector coin series. The series recognizes and celebrates individual achievements and commemorates unique Australians who have made an extraordinary contribution to society. Steve Irwin is honored as the second release of the series. The coin was officially […]