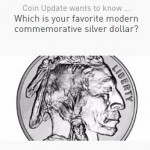 The results are in for our latest Coin Update poll, which asked readers to vote for their favorite modern commemorative silver dollar. Following a long neck-and-neck race with the 2001 American Buffalo Commemorative Silver Dollar, the 1999 Yellowstone National Park Silver Dollar came out ahead with 26% of the vote. In the end, the Yellowstone dollar […] 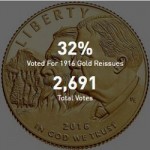 Our latest Coin Update poll asked readers which 2016 U.S. Mint product release they were most excited about and the results are in. Surprising no one, the upcoming gold reissues of three classic 1916 circulation coins are easily the most anticipated items of the year, garnering 32% of the votes. Whether or not you’re planning […] 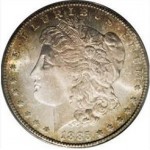 Our latest Coin Update poll asked readers which type of coin or set is most interesting to newer collectors, and we now have our results. The highlight of this poll was the neck-and-neck horse race that materialized between the Morgan dollar and Kennedy half dollar, as both coins held the lead several times before being […] 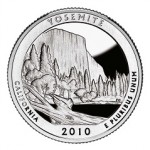 Our latest Coin Update poll asked readers which year they felt boasted the best America the Beautiful quarter designs so far, and the results are in. Soon after launching the poll, designs from 2010, 2012, and 2015 were locked in a dead heat; later, 2010 and 2015 pulled ahead of the others, with 2015 eventually […]