The government and treasury of South Georgia and South Sandwich Islands have issued (21st March) new crown coins and gold £4 pieces which are in celebration of the bicentenary anniversary of the birth of Queen Victoria. Born on 24th May 1819 at Kensington Palace, the only daughter of Edward Augustus, Duke of Kent, she was […] 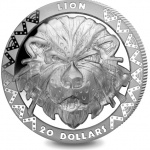 The Bank of Sierra Leone has issued (8th March) the second of five silver Proof-quality double crowns in a new series entitled the “Big Five.” The Big Five refers to the exceptionally beautiful creatures within the animal kingdom who freely inhabit the African continent and whose presence in the wild is both breathtaking and reassuring. […] 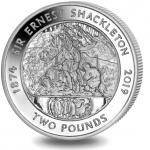 The government and treasury of the South Georgia & South Sandwich Islands have issued (26th February) new crown coins which commemorate the birth of the famous explorer, Sir Ernest Shackleton. Born on 15th February 1874, Sir Ernest wanted to be an explorer from a very early age, inspired by faraway places that he read about […] 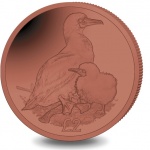 The government and treasury of the British Indian Ocean Territory have issued (20th February) new crown coins which feature a rather distinctive feathery resident on the island, the red-footed booby. As their name suggests, they do indeed have red feet (that is to say, all adults), but the colour of their plumage varies. Found extensively […] 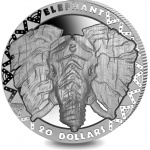 The Bank of Sierra Leone has issued (28th January) new silver Proof quality double crown coins, which, when completed, will form a five-coin series of what we all know as the “Big Five.” The Big Five refers to the exceptionally beautiful creatures within the animal kingdom that freely inhabit the African continent and whose presence in […] 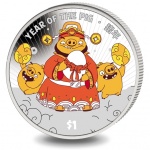 The Bank of Sierra Leone has issued (21st January) new crown coins which cheerfully mark the Lunar Year of the Pig with a little help from the game world’s irreverent and popular  Angry Birds. Issued by the Bank of Sierra Leone in conjunction with Rovio Entertainment Corporation, this new coin features Leonard, the king of Piggy Island […] 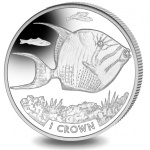 The government and treasury of Ascension have issued (4th January) new crown coins struck in both cupro-nickel and titanium which feature the queen triggerfish. The queen triggerfish (Balistes vetula) is a reef-dwelling triggerfish found in the Atlantic Ocean. In the eastern Atlantic it is found at Ascension, Cape Verde, and Azores. The large, oval-shaped fish can reach […]

The government and treasury of the British Indian Ocean Territory have issued (21st November) the fifth and final coin that is part of the series highlighting “Mythical Creatures,” featuring some of the world’s most well-known stories and legends which originate from the myths of ancient Greece and the Rome. The stories not only focus on the extraordinary, they also teach […] 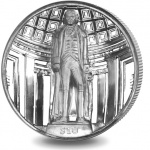 The government and treasury of the British Virgin Islands have issued new crown coins which are in tribute to America’s third president who is also remembered as the author of the Declaration of Independence, considered one of the most important documents ever written in human history. The coins, which are produced using an inward-domed and […] 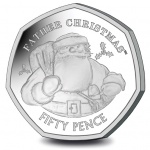 The government and treasury of Gibraltar have issued (9th November) new 50-pence silver Proof collector coins which include an image of St. Nicholas — known to many as Father Christmas. This particular coin’s reverse design is based on the short animated film entitled “Father Christmas,” based originally upon two books written by Raymond Briggs: Father […]