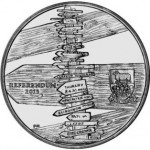 The Treasury of the Falklands Islands Government has issued a new coin whose main focus is that of the recent referendum which asked the population of the Falklands whether the status the Island territory within the United Kingdom should remain. The Falkland Islands, a group of islands situated in the south Atlantic, is an Overseas […] 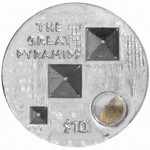 The Treasury of the British Virgin Islands have officially issued (13th May) a new and unique coin which highlights one of the ancient world’s eight wonders created by man – that of the Great Pyramids of Giza. The Great Pyramid at Giza has stood at the end of the desert, to the west of the […] 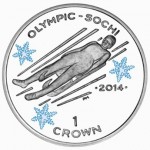 The Treasury of the Isle of Man Government have launched (20th April) a set of coins which marks the upcoming Winter Olympic Games, to be staged in the southern Russian city of Sochi from the 7th to the 23rd February next year. It is the first time that Russia will host a winter Olympiad and […] 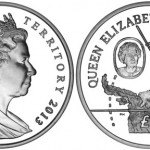 The Treasury of the British Antarctic Territory has issued (18th April) five new coins which mark the naming of new territory in honor of the Queen on the occasion of her Diamond Jubilee celebrated on the 6th February 2012.  The announcement of the naming of Queen Elizabeth Land was made by the British Foreign Secretary, […] 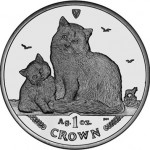 The Government & Treasury of the Isle of Man have launched (9th April) their latest crown in the ever-popular “Cat” coin series, this year’s breed of cat featured is the Siberian cat. The Siberian Cat has been present in many regions of Russia for centuries and is an ancient cat breed regarded to be the […] 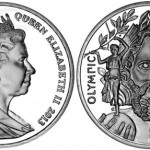 The Government and Treasury of the British Virgin Islands has issued an exceptional numismatic tribute to the founder of the modern Olympic Games on this the 150th anniversary of his birth year. Pierre de Frédy, Baron de Coubertin (1863 – 1937) was a French educator and historian. Founder of the International Olympic Committee, he is […] 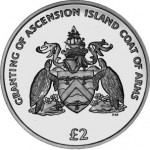 The Government & Treasury of the Ascension Islands have issued (8th March) a new crown coin which marks the granting of the Island’s new coat of arms, a distinct and unique crest which will be utilized for all future official state functions. In August 2012, Her Majesty Queen Elizabeth II approved a new Coat of […] 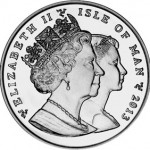 The Treasury of the Isle of Man have launched a new crown coin which pays tribute to the only two monarchs in the United Kingdom to have celebrated their Diamond Jubilees or, a sixtieth anniversary on the throne. Before Queen Elizabeth II celebrated her Diamond jubilee last year, only her Great-Great Grandmother, Queen Victoria had […] 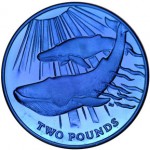 The Government of South Georgia & South Sandwich Islands have issued (1st March) an unusual new coin which celebrates the largest known animal ever to exist – the Blue Whale. This stunning new coin is being issued as an amazing Blue Titanium coin in honor of this wondrous animal and features an image of a […] 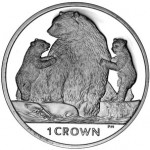 The Treasury of the Isle of Man have launched (29th January) a new coin which features one of the least known but one of the rarest animals, that of the Kermode Bear. Also known as a ‘Spirit Bear’, this rare creamy white bear is often mistaken as a polar bear but is a sub species […]