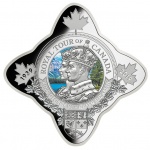 The government and treasury of Niue have issued new collector coins which remember the first-ever royal tour of Canada, which occurred 80 years ago and set the standard for such future royal visits. With the accession and coronation of HM King George VI in December 1936 and May 1937, respectively, increased interest in the royal […] 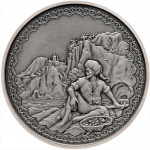 The government and treasury of Niue have issued (17th May) new silver crown coins which are part of the new series focusing on the 1001 Arabian Nights tales made popular with author Richard Francis Burton’s published translations of One Thousand and One Nights. First compiled in 1885 as a work of 10 volumes and known […] 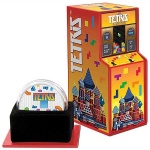 The government and treasury of Niue have released (15th April) new collector coins which celebrate the original release of an electronic game which took the gaming world by storm: Tetris. First completed as a viable electronic game on the 6th June 1984, Tetris was originally designed and programmed by Alexey Pajitnov, a Soviet computer specialist […] 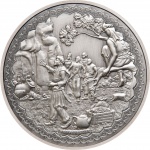 The government and treasury of Niue have issued (29th March) new silver crown coins which launch a new and exciting series that focuses on the Arabian Nights tales. In 1885, author Richard Francis Burton published translations of One Thousand and One Nights, the text’s original name. First compiled in 10 volumes, he called them “The Book of […] 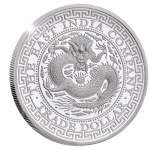 The treasury of the government of Niue, in partnership with the East India Company Bullion Ltd., has released the third coin design as part of their ongoing series entitled “The Trade Dollar Collection.” The series features five of the most popular and sought-after trade pieces issued during the mid-19th into the 20th centuries. The first […] 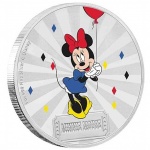 The government and treasury of the Pacific island of Niue have issued (15th January) new collector silver Proof and colour coins which feature Mickey Mouse’s love interest, Minnie Mouse, who dazzles us as she celebrates Carnival. The coin is part of a new series which was begun with silver Proof coins featuring the world’s favourite […] 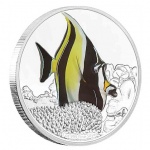 The treasury of the South Pacific Island Nation of Niue has released (3rd December) their third coin that is part of an ongoing series entitled “Reef Fish,” which features some of the marine life prevalent in and around the Pacific Ocean. The third coin highlights the attractive and timid Moorish idol, a very familiar occupant in many a home […] 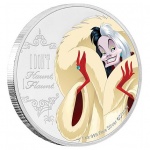 The government and treasury of Niue have issued (1st October) the third coin which is part of their ongoing series entitled “Disney Villains,” who are the characters in the many animated Disney feature films you would most likely not want to encounter. The numismatic series highlights the villains who test the strength and fortitude of the […] 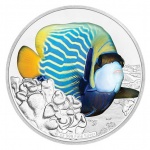 The treasury of the South Pacific Island Nation of Niue has released their second coin which is part of a new series entitled “Reef Fish.” The series features some of the marine life prevalent in and around the Pacific Ocean. The second coin highlights another very colourful inhabitant of the local waters, the emperor angelfish. Well known for its […] 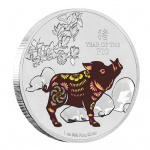 The treasury of the South Pacific Island nation of Niue has released 2019-dated coins which celebrate the Lunar Year of the Boar, commencing on the 5th February 2019. This is the last year in what is a 12-year cycle, which will see the first zodiac symbol celebrated in 2020. According to legend, it was the Jade Emperor […]