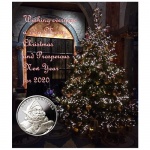 Here we all are everyone, we’ve made it once again to another Christmas and New Year celebration — hopefully all in one piece and no worse for the wear! As 2019 comes to a close, a lot of us will remember the year fondly through the many interesting coins, and, in some cases, commemorative banknotes […] 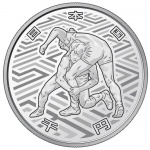 The Finance Ministry of Japan has unveiled (29th November) the fourth and final series of Olympic coinage which is scheduled for release later in 2020. The precious metal coins in the 4th series comprise one gold design and two silver designs which continue to highlight the various sports which will feature during the games of […] 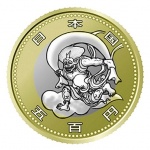 The Japanese Finance Ministry has unveiled (29th July) the first two commemorative coin designs which will be issued in 2020 to celebrate the XXXII Olympiad that will be hosted by the City of Tokyo. The next Olympic Games will be held in the capital city of Tokyo from the 24th July to the 9th August […] 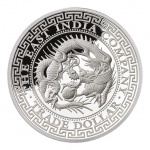 The East India Company Ltd., in partnership with the treasury of the Island of Niue, has released the fourth coin in their current innovative collector coin series entitled “The Trade Dollar Collection.” The series features five of the most popular trade pieces issued during the mid-19th into the 20th century. The Trade Dollar Collection series […] 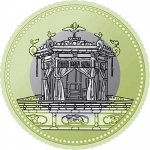 The Japanese Finance Ministry announced (11th May) that new gold coins will be issued in celebration of the accession of the country’s new Emperor Naruhito, who ascended the imperial throne on the 1st May. The new coins mark the occasion which saw the official investiture of 59-year-old Crown Prince Naruhito on the day after the […] 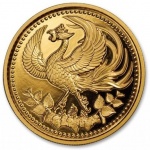 At 5:00 p.m. local time yesterday, His Imperial Majesty, Emperor Akihito of Japan, proclaimed his time as the emperor was coming to its conclusion. In a prepared statement, which he read from the Matsu no Ma State Room of the Akasaka Palace in Tokyo, the official home of the Japanese Head of State, Akihito thanked […] 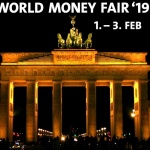 As the official opening of the World Money Fair took centre stage on Friday morning with the traditional ribbon-cutting ceremony, it was Friday evening that was the Mint of Austria’s opportunity to express their appreciation to those attending the World Money Fair. Held at the prestigious Akademie der Künste (Academy of Arts) which is adjacent […]

This year’s World Money Fair was hailed a great success by attendants and participants taking into account the standpoint of ticket sales and a greater representation of national mints, international dealers, and experts in the field of coin production, design, logistics, procurement, and marketing. Organisers were prepared for an increase in collectors and investors who […] 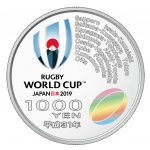 The Japanese Finance Ministry has announced (27th November) that gold and silver collector coins will be issued to celebrate next year’s Rugby Championships, which Japan will play host to from the 20th September to the 2nd November. This will be the first time the tournament is to be held in Asia, the first time consecutive tournaments have been […] 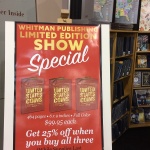 In and Around the Bourse and the City of Philadelphia Thursday morning’s business meetings started early with authors, book dealers, and other publishers. I had an insightful conversation with officers of Tokyo’s Taisei Coins Corporation, a longtime partner with Whitman Publishing. In the 1970s legendary coin dealer Masamichi Oka, a brilliant marketer known as the […]