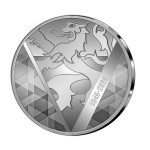 A three-nations Brilliant Uncirculated mint set has been assembled by the Issuing Authorities of the Belgian Finance Ministry, the Dutch Finance Ministry, and the Luxembourgish Treasury in remembrance of the 75th anniversary of the Benelux Customs Union, which was organised between the three countries. During the Second World War, the foundation and firm plans were […] 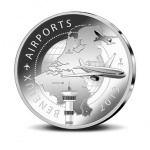 The latest 2019-dated Mint sets featuring the euro circulation coins of the BENELUX region have been brought together in a new presentation which is a collaborative effort of each monetary authority. The new set, which is part of an ongoing combined presentation since the introduction of the single currency, brings together all of the euro-denominated […]

The Banque Centrale de Luxembourg has issued (31st May) a new coin that marks the 25th anniversary of the founding of the country’s central bank, which came into effect on the 1st June 1998. The central bank is the successor of the former Institut Monétaire Luxembourgeois (IML), which was itself founded in 1983, and whose […]

The Banque Centrale du Luxembourg has announced (9th May) the issue of a special €2 coin in celebration of the Grand Duchess Charlotte Bridge, a contemporary road bridge that passes 74 meters over Pfaffenthal, a small quarter in Luxembourg City, from Kirchberg to Limpertsberg. The bridge was designed by German architect Egon Jux, whose winning submission was […] 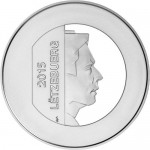 The Banque Centrale de Luxembourg has announced the issue of a new coin celebrating the bicentenary anniversary of the Congress of Vienna, an accord that established the Grand Duchy of Luxenbourg as a separate geopolitical entity in association with the Kingdom of the Netherlands. The Congress of Vienna, which opened in September 1814, was called […]