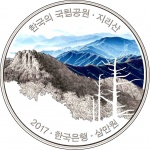 The Bank of Korea has issued two new Proof-quality silver coins which are dedicated to Korean national parks in an effort to make the beauty of Korea’s natural environment and the future value of ecological preservation more widely known. This year’s coins, the first in a new multi-year series, features the national parks of Jirisan […] 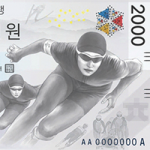 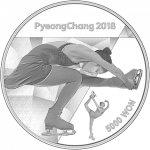 The Bank of Korea have unveiled (2nd June) their second series of coins which will be issued in accordance with the 2018 Winter Olympics and Paralympics to be hosted in the city of Pyeongchang. A total of 12 coins—two gold, eight silver, and two brass—comprise the set, which highlights the international sporting event to be hosted in […] 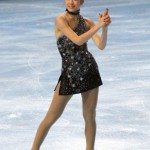 Embed from Getty Images At a public unveiling earlier today in Seoul, South Korea, organizers of the 2018 Winter Olympic Games revealed the official designs for the WOG commemorative coinage. On hand for the event was South Korean Olympic figure-skating champion Kim Yu-na, who is an honorary ambassador for the Games. The coins, which will […] 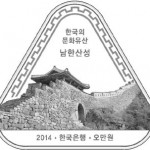 The Bank of Korea have issued three coins which continue the hugely successful and popular UNESCO cultural heritage series highlighting the many historic locations and revered landmarks within the Republic of Korea and included on the UNESCO world heritage list. This year’s issue includes three coins as last year but with a slight difference – […] 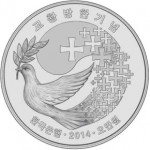 The Bank of Korea have announced that they will release a set of two commemorative coins to celebrate the upcoming visit of Pope Francis. His Holiness the pope is scheduled to visit the Republic of Korea from the 14th to the 18th August during which he will conduct four Masses, including one for the beatification […] 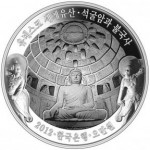 The Bank of Korea have announced (11th October) the release of a new commemorative coin which features a UNESCO site within Korea and also highlights Korean culture abroad. The coin, which will be released on the 30th November is the third coin to highlight UNESCO sites in Korea and this year’s subject features the Seokguram […]