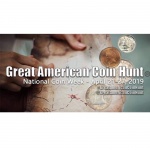 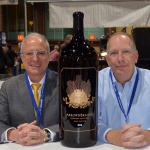 (Long Beach, California) January 31, 2019 — A Napa Valley California wine company, whose name was inspired by the design of the fabled 1787 Brasher doubloon once owned by the vineyard proprietor, has created a mega-sized bottle of fine wine standing over 2.5 feet tall and weighing about 60 pounds. It was purchased by another […] 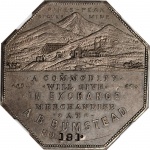 Lesher Referendum Dollars have been part of the Guide Book of United States Coins—the hobby’s perennially popular “Red Book”—since 1957. That year, in the 11th edition, the “dollars” (so called, but actually privately issued tokens, and not really legal tender) were described thus: Coined by Joseph Lesher in 1900 and 1901 at Victor, Colorado. Used […] 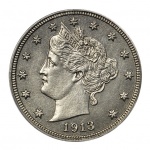 Dealers organization estimates the U.S. rare coin market was over $4 billion in 2018 (Temecula, California) December 27, 2018 — Quality was in the eyes of the bidders in the multi-billion dollar United States rare coin market during 2018, according to a year-end tabulation conducted by the Professional Numismatists Guild (PNG), a nonprofit organization composed […] 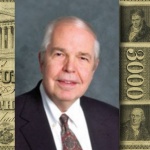 As we ring out the old year and ring in the new I wish you and your extending family and friends a happy, healthy, prosperous, and numismatically enjoyable 2019. The rare coin market continues to be dynamic with many buyers, at levels that are in some series 25% or so lower than they were at […] 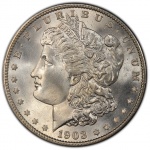 The following is from the manuscript of the autobiography I have been working on for quite a few years. Today it is fascinating to review the past, such as my spending Gem 1928 Peace dollars because I had too many of them. Now they are worth over $3,000 each! Enjoy! In 1952, when I started […] 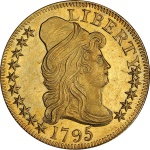 Activity from the start was strong and the pace carried through the live sale. In sale 29, more than 90% of the sales were to collectors. In many cases, there were multiple bidders per lot. It is clear to us that buying from an auction is becoming the preferred choice for collectors. That is why LRCA is […] 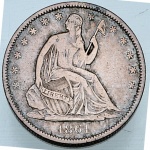 After seven states seceded from the Union, beginning with South Carolina in December 1860, the Confederate States of America was formed with its capital as Montgomery, Alabama. The federal branch mint in New Orleans fell in the hands of the seceded State of Louisiana and the Confederacy. Starting in January 1861, about 5,000 double eagles […] 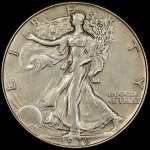 A forger altered the date on a genuine 1946 Walking Liberty to resemble that of the popular low-mintage issue In 1946 the Philadelphia Mint struck more than 12.1 million Walking Liberty half dollars. Today, those coins are worth perhaps $20 each in About Uncirculated grade. The 1916 (P) Walking Liberty, however, had a mintage of […] 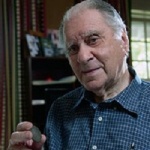 Rare medals, patterns, and error coins are among the NGC-graded highlights headed to auction in November. Numismatic Guaranty Corporation (NGC) has certified an additional 137 coins, medals, and tokens from the Eric P. Newman Numismatic Education Society. These selections are included in Newman Part XI, the final of a series of auctions of the legendary […]